there will be no triangular in Toulouse. Nadia Pellefigue, the candidate of socialist, who had 18,53% of the votes in the first ballot, announced Monday its sup 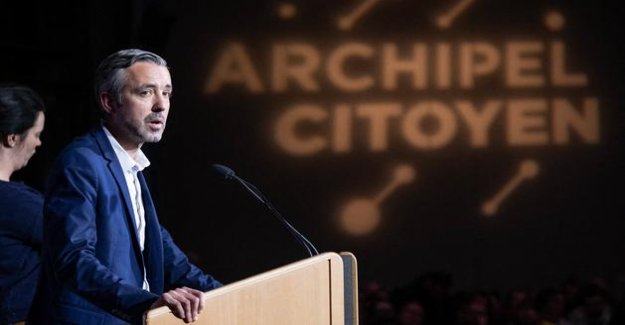 there will be no triangular in Toulouse. Nadia Pellefigue, the candidate of socialist, who had 18,53% of the votes in the first ballot, announced Monday its support for Archipelago citizen, the list led by the ecologist Antoine Maurice (27,56%).

"I will not be an obstacle to the gathering", says Nadia Pellefigue in a video. "I will allow the union of the left by authorizing, in accordance with the electoral code, my colistiers and my colistières who wish to merge, with the list of Archipelago of the citizen", explains the vice-president of the region of Occitania. It specifies, however, that "personally, (she) will not participate in it".

In a press release, Archipelago citizen "thank Nadia Pellefigue for the support expressed for the approach of gathering initiated by Archipelago Citizen". "We respect his convictions, while regretting his decision not to appear on the list of union second round," added the movement. And for good reason, Nadia Pellefigue had claimed last week the president of the metropolis of Toulouse in exchange for his rallying at Antoine Maurice.

A prerequisite is denied by the ecologist. "I regret not to be able to convince Archipelago, a citizen of the relevance of the complementarity of our skills, the bet of the mutual trust and the mutual enrichment of our projects," explains Nadia Pellefigue. If it allows the union of the left, the socialist does not express his enthusiasm. "I hope for our city and its inhabitants a different policy than the status quo and or ideological slogans", she said, how to return back-to-back with the outgoing mayor LR Jean-Luc Moudenc to his rival from the left.

To the head of an Archipelago Citizen, Antoine Maurice discusses the second lap in position of favorite. If the outgoing mayor, supported by LREM — came first in the first round (36,18%), the left block is more important. Antoine Maurice, who gathers behind him, environmentalists, Untamed and yellow vests, had already obtained at the end of the first lap the support of former mayor Pierre Cohen (Generation-s; 5,66%).

read also : The region of toulouse taken to reverse the crisis of aeronautics

An Ifop survey commissioned by Archipel Citizen -conducted from may 22 to 25 - credits Antoine Maurice of 52% of the vote in the second round, against 48% for the outgoing mayor Jean-Luc Moudenc. "The yellow Vests are the gates of the Capitol", is cause for alarm in the latter in an interview published Monday in The Dispatch.

The outgoing mayor of the fourth city of France must, therefore, imperative to mobilize the non-voters from the first round to hope to win in the second. "On the 28th of June, Toulouse will have to make a responsible choice between the dogmas of ultra-left and our jobs of tomorrow," write supports Jean-Luc Moudenc in a press release. Jean-Luc Moudenc warns against the victory of the environmentalists while the aeronautics industry, which is live in the metropolis, is already severely impacted by the health crisis. "So that the "green-red" Archipelago were "the Airbus shameful", we will support the aeronautics industry while accompanying him to the green transition," writes the right toulouse.

In his video statement, Nadia Pellefigue gives glimpses of this same cautionary note to his new allies: "The issues relating to the economy or employment are, for me, major. While the health crisis is going to evolve into a social crisis, they must be brought strongly including with our small and medium-sized enterprises and traders", she explains.

"I regret not to be able to convince Archipelago, a citizen of the relevance of the complementarity of our skills, the bet of the mutual trust and the mutual enrichment of our projects."
I have always been fascinated by the extraordinary capacity of the left to wield the language of wood.
If this Ms. Pellefigue wanted to actually be concerned about the use of the inhabitants of toulouse, it should be as Collomb in Lyon and ally to LR for dam watermelons !

I hope that if the greens win the city of Toulouse they will require judgment, and in the short term, the nuclear power plant of Golfech located in the Tarn and Garonne and fed, unfortunately, is still part of Toulouse in electricity to run risks dementia to the population to electricity is obtained with difficulty at a price far too high.