The ecologist Michele Rubirola going to travel around Marseille in good company next week. Outsider of the municipal elections in Marseille, came top in the fir 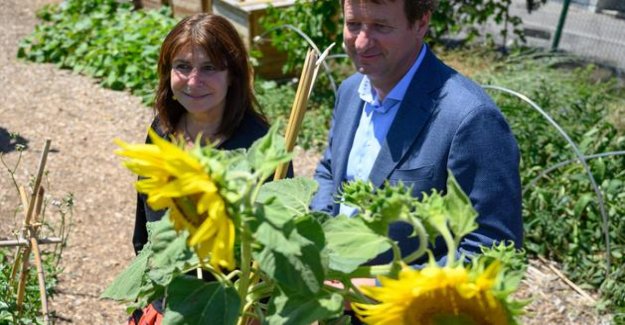 The ecologist Michele Rubirola going to travel around Marseille in good company next week. Outsider of the municipal elections in Marseille, came top in the first round in front of Martine Vassal, heir to the outgoing mayor LR Jean-Claude Gaudin, the candidate, in the Spring of Marseille is preparing to welcome numerous personalities of the left and environmentalists, including former presidential candidate Benoît Hamon.

"This is the only move that I make," says the Figaro, the former candidate of the PS for the presidential election. "I go out of my retirement 12 hours to get back there then ". The challenge is to weight to Marseille. The movement that bears Michèle Rubirola brings together all the left, to the Untamed for the socialists, and, according to several polls, seems to have good chances of winning.

Rubirola in the distance of Mélenchon

One person remains at a distance even though he is a member of Marseille, it is the leader of Untamed Jean-Luc Mélenchon. Neither Michèle Rubirola, or, indeed, Sophie Camard, candidate of the 1st and 7th arrondissements, and yet alternate to the Assembly of the ex-presidential candidate not seem to be on very good terms with him. A little bit annoyed by this attitude, Jean-Luc Mélenchon had to recall, at a press briefing in Marseille last Monday, that Michèle Rubirola had voted for him in the presidential election of 2017. A kick in the ass.

The tensions between them are a political reality and not only a strategic distance meant that it did not give outlet to the opponent, Martine Vassal. The latter denounces "the red peril" that threatens Marseilles, and proposed to Mélenchon to discuss with her. The latter refused, emphasizing the qualities of Rubirola and support "of France Insubordinate national" in the Spring Republican.

Rubirola this is the name of a vegetable
surely a pumpkin.

Hamon, and the other it is
They are going to help the people of marseille to understand

Hamon, and the other it is
They are going to help the people of marseille to understand