The death of a child : after the quack of the beginning of the year, the leave in 15 days consensus at the Meeting

This is the end of a long series. The deputies should adopt this Tuesday evening in the second reading the bill of the mp, IDU, Act, Guy Bricourt, which propose 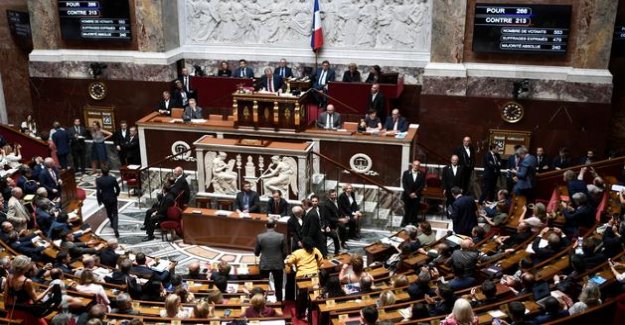 This is the end of a long series. The deputies should adopt this Tuesday evening in the second reading the bill of the mp, IDU, Act, Guy Bricourt, which proposed a lengthening of the leave following the death of a child. Initially planned to be twelve days, the text, as amended by the Senate, was enlarged to fifteen, compared with five today. The mps have already adopted unanimously in committee last week, without editing compared to the version of the senators.

The first review of the draft law to the national Assembly in January had turned to the quack for The Republic in march. The deputies of the group had refused to vote the elongation, following the opinion of the minister of Labour, Muriel Pénicaud. The latter regretted that the text is not based on national solidarity, but on a leave of absence "paid 100% by the company". This refusal had prompted a public outcry within the political class and beyond. The president of the Medef, Geoffroy Roux de Bézieux, had also demanded a new vote. In the Face of pressure, Emmanuel Macron himself had to intervene, asking the government to reconsider its position and "evidence of humanity".

"All the issues have been cleared," says The Son-in-law

The government had been forced to backtrack, admitting a "mistake". In a video, Stanislas Guerini, the delegate-general of The Republic in march, had sent his apologies to the members of the movement as president. "Many of you have to share with us this weekend your emotion about the subject of the leave for parents who have lost a child. You were right. To The Republic in march, one of our features is to recognize when we make mistakes," he said.

The fire should therefore be closing this Tuesday night. The president of group LREM, Gilles, The Son-in-law, had assured the press last week that "all the issues have been cleared". "I don't see anyone who tried to reopen wounds that were completely healed," he said.

The editorial team conseilleCongés after the death of a child : a return on a polémique2 commentairesAnonymele 26/05/2020 at 09:53 pm

The assembly d does not have other concerns at this time?
Do we need a law on a particular subject or any employer can easily understand the pain of parents affected by such a misfortune
Our leaders infantilise the people
C is a matter of shame

Always and everywhere the indignant crybabies.