Kurdish fighters captured in Syria, according to information from eight foreign jihadists captured, including a German and a teenager from the USA. As the Kurdi Kurdish fighters captured in Syria, according to information from eight foreign jihadists captured, including a German and a teenager from the USA. As the Kurdish people's defense units (YPG) announced on Wednesday on their Website, were taken by the suspected members of the jihadist militia Islamic state (IS) on Sunday and Monday.

The German is supposed to be 31 years old, his Name was Lucas G.. The US citizen is reported to be 16 years old. In the case of the other captured foreigners are, therefore, two Uzbeks, Russians, Ukrainians, Tajiks, and Kazakhs.

on Monday, the YPG announced to have a use at the end of December in Eastern Syria in five foreign fighters in focus, would have planned a stop. Including an Irishman and two US citizens were.

According to information from the YPG has captured about a thousand foreign jihadists and 550 women and 1200 children.

The Kurds will not want to pass the IS-fighters to their home countries, because they see themselves in the position to make you the process. However, the home countries have made so far, mostly institutions, their citizens back. Also, Germany has, as far as is known, no IS fighters from Syria brought back.

The Syrian Democratic forces (SDF), one of which is the YPG, currently, with the support of the international Anti-IS coalition near the Iraqi border against the last of the IS strongholds in Syria. After a fierce month-long Fighting, the SDF forces have retaken the town of Hadschin on the Euphrates and on Saturday the village of Al-Schaafa, but the jihadists continue to keep the two villages Sussa and Baghus. (AFP) 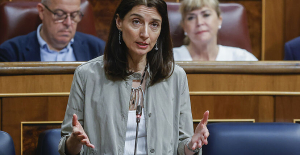