Municipal in Toulouse : the PS stipulates the conditions before you side with the environmentalists

The left will switch to the fourth city of France ? In the light of the results of the first round, this is a realistic scenario. Admittedly, assisted by the wa 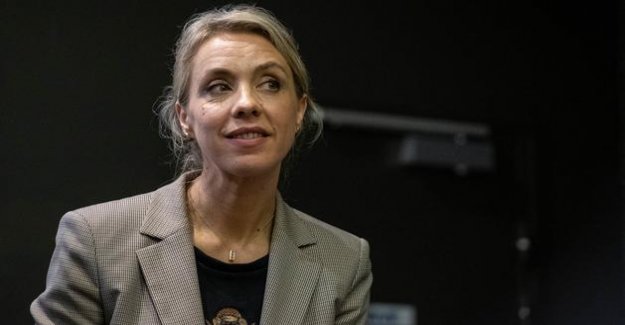 The left will switch to the fourth city of France ? In the light of the results of the first round, this is a realistic scenario. Admittedly, assisted by the walkers, the mayor LR out of Toulouse Jean-Luc Moudenc came largely at the head (36,18%) last march 15. But behind him, the left bloc is very strong. Antoine Maurice, the candidate ecologist at the head of the movement Archipelago Citizen, has obtained 27,56% of the vote while the socialist Nadia Pellefigue came third (18,53%), the ability to maintain his candidacy in the second round.

Inescapable, Nadia Pellefigue therefore lays out its conditions before joining forces with Antoine Maurice. "I propose a winning ticket in support of the project on which we must first agree," says the candidate in the Figaro. Concretely, "Antoine Maurice is arrived in head, it should be top of the list. The logic of our institutions is that the head of the list becomes mayor. And to me the presidency of the metropolis", explains Nadia Pellefigue. The metropolis manages important skills : the transportation or economic development.

"Support to the aerospace industry"

While some economic circles fear a victory of the Archipelago citizen, "the idea is to balance the image of a majority in reassuring those who were able to vote for me and the vision that I carry on economic issues, on energy, on the support of the aerospace industry," insists Nadia Pellefigue, vice-president of the region of Occitania, in charge of economic Development, research, innovation and higher education.

The question of the air has crystallized in the campaign. In the city that hosts the headquarters of Airbus and the very many sub-contractors (120.000 direct jobs in the region of Occitania, of which 70% in the metropolis of toulouse, ED.), Jean-Luc Moudenc had accused the environmentalists of having "the Airbus shameful". However, the industry is very impacted by the crisis of the coronavirus, which threatens to undermine the dynamism of the pink city.

in addition, the elected advocates for the creation of a third metro line. A project led by the outgoing mayor, against which Antoine Maurice is pretty enthusiastic. "I will never give up to the convictions that are mine," says the socialist.

read also : The region of toulouse taken with reverse by the crisis of the aéronautiqueAntoine Maurice : "The cap will be the ecology happy"

The requirements of Nadia Pellefigue were freshly greeted by Antoine Maurice. "I have worked to build the gathering. This is done by building a relationship of trust and not by press interposed," he says to the Figaro. "What matters to me, this is Toulouse, the era of a new model of development in which the course will be ecology happy, with to compass the solidarity and as a method of cooperation and a democratic renewal," says the ecologist. And to add: "The question of individuals and of the organization of governance must be as a result of this, and not the reverse".

Nadia Pellefigue warns : "Without a gathering momentum, the victory will be very difficult. The whole world will lose. It will not be more mayor than me president of the metropolis". The two candidates have less than ten days to be heard before the registration of the lists of the second round, which will be held on June 28.