Municipal in Paris: Anne Hidalgo is an agreement with environmentalists

The horizon brightens more and more for Anne Hidalgo. The candidate socialist outbound to Paris has sealed an agreement late Monday night, with the head of the 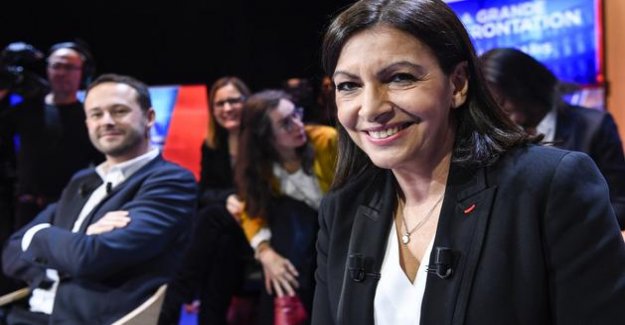 The horizon brightens more and more for Anne Hidalgo. The candidate socialist outbound to Paris has sealed an agreement late Monday night, with the head of the list of Europe Ecology The Greens, David Belliard, after several days - and long nights - of negotiations. Invited on RMC this Tuesday morning, the ecologist has ensured that the two sides were put d"agreement on the project", "for a project of rupture to Paris".

The ecologist has in particular welcomed the "important place", obtained by EELV in the future "governance" of the city, including "twenty councillors of Paris", and without a doubt, "a district". Arrival clearly in the lead in the first round with 29,33 % of the vote, Anne Hidalgo should, logically benefit from a deferral of the votes environmentalists about his candidacy. David Belliard had, in fact, received 10,79% of the vote, and would have been able to keep up in the second round.

The negotiations between the two sides, blocked in particular on real estate projects designed by the mayor outbound and its teams. Main focal point : the construction of a ZAC in the district of Bercy-Charenton (12th arrondissement) that was supposed to make it out of earth's six towers, including a skyscraper. In an interview in the Parisien published early this Tuesday morning, the candidate EELV has announced that this project was going to be "reviewed". "The new project, which remains to be discussed, will be the subject of a citizen consultation. We are committed to ensuring that it involves the creation of a third wood in Paris," explained David Belliard, thus echoing one of his proposals for the campaign. Ecologists have also obtained "guarantees" as to the redesign of some of the wastelands of paris, "with the intent to maintain or increase the share of parks and gardens".

Another point of agreement : the environmentalists have convinced the socialists about "the stripping of the Beaver". This river had been covered over in the 19th century and trickles now in the capital. David Belliard had made this idea one of its flagship measures of the campaign in the first round. "I have to tell you that it is a great pride to see this proposal come to fruition in an agreement. This river runs under the concrete for a century will be able to be reborn. This is great news!", welcomed David Belliard.