Made in France, local solutions... Theafter-crisis parliamentary resembles that of the French

French and parliamentarians are drawing together the lessons of the health crisis. The sake of strengthening the "made in France", placing more trust in local 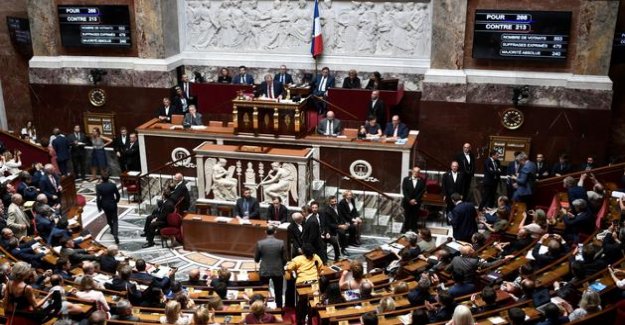 French and parliamentarians are drawing together the lessons of the health crisis. The sake of strengthening the "made in France", placing more trust in local communities to find solutions... Already hoisted very high among the priorities of post-containment of the population, such expectations are just as high among the deputies, senators and meps, according to a survey of the unpublished Fifg of which responded to 153 mps (more than one in six) of all edges.

The"post-crisis" of the coronavirus should encourage the relocation of strategic production, meet unanimously elected, in the consultation carried out for the consultancy Interel. It should also allow to continue the habits of consumption, "made in France", say almost all of them (99%). Two wishes made by more than nine French out of ten in a recent Ifop survey-Fiduciary for The Sunday Newspaper, and Sud Radio. "But unlike the French, the parliamentary majority of the respondents (80%) develop sovereignty within a european framework, while the French are more distrustful vis-à-vis the european Union", grade Frédéric Dabi, deputy director general of the Fifg.

A revival of the economy you want, even dig debt

Second consensus between parliamentarians and public opinion : the credit granted to local authorities, to the fore during the health crisis. 72% of deputies and senators are advocating the taking into account growing local solutions brought by the local elected officials...a proportion identical to the general public, according to the Fifg. "The survey shows that parliamentarians and the French do not belong to two different worlds," says Frédéric Dabi. "The majority of the one as of the others believe that nothing will be as before".

Supporters of a revival of the economy, most members felt that it should not be made at the expense of environmental commitments (58%)...but it can be done (82%) leaves to speed up the digging of the debt. "In this "post-crisis" complex, confusing, it was important to recalculate the position of the elect, "says Aristide Luneau, associate director of Interel, and thus get a photograph clear of their political priorities". The texts adopted at the Parliament after the crisis will reveal those they will be required to translate into law.

The editorial team conseilleFace to the crisis, the paradox of opinion at once over-informed and over-angoisséeSujetsIfopdéconfinementcoronavirus12 commentairesveritle 27/05/2020 21:30

The population would like more national sovereignty while the parliamentarians dream of most of european sovereignty. a
Attention, this is not at all the same thing !!! a
In any case, the factories are in France and the employees are in France. a
In the other case, the plants are in Portugal, Romania, Bulgaria, Poland, etc, finally a priority in the countries where taxes and production costs are reasonable. Finally, everywhere except in France.....

All this fuss is for nothing, the european commission will block any of these resettlement initiatives, for the most part intra-community.
It must continue to fund countries at a low cost that we are ruining, it is that the European globalist!