the UK is allowed to back down. The conclusion of the ECJ in any case. The judgment is likely to give Brexit opponents a boost. the UK does not have to get ou 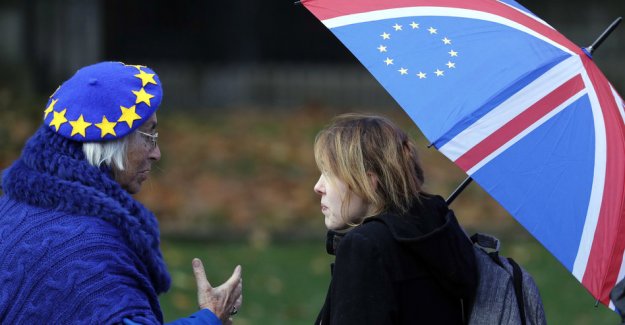 the UK is allowed to back down. The conclusion of the ECJ in any case. The judgment is likely to give Brexit opponents a boost.

the UK does not have to get out, it could also keep it under the EU umbrella, says the ECJ, photo: Reuters

LUXEMBOURG dpa | the UK could stop for 2019 announced Brexit still, unilaterally and without the consent of the other EU countries. This is the European court of justice decided on Monday in Luxembourg. The threshold for a climb-down from the in the UK very controversial EU-exit is thus lower than expected. (Case C-621/18)

The Supreme Scottish civil court had asked the ECJ for an assessment of whether a unilateral back down, it should be possible. The judgment fell on the day before the vote of the British Parliament about the government's boss, Theresa May with the European Union negotiated exit agreement. There's no majority.

The British government had on 29. March 2017, informed the rest of the EU-States officially that the country wants to leave the EU. Thus, a two-year exit process, in accordance with article 50 of the EU treaties, the schedule with the Brexit on the 29. March 2019 ends. The EU Commission and the Council of the member countries had argued before the ECJ, the procedure, let only with a unanimous decision of the Council to stop.

The ECJ looks clearly different. A back out of the exit announcement, to be "in Accordance with the constitutional necessities" in the UK. Then the United Kingdom would remain under the same conditions as a member of the EU, decided the judges in Luxembourg.

The verdict is likely to be the Brexit opponents in the UK a boost. May still had advertised at the weekend, once again, for your Leaving package. It consists of a nearly 600-page exit agreement that governs the terms and conditions of the separation. Including the rights of EU citizens in the UK, but also financial obligations of London towards the EU. Will be added to the contract through a legally non-binding political Declaration on the future of relations.

Fails Mays Plan in the Parliament, it must either vote again or it needs a Plan B. From the British government and the Opposition signals that a closer integration with the EU could be considered, for example, the whereabouts in the internal market and customs Union. No longer unthinkable that a second Referendum – or even a Bicycle kick from Brexit.