Differences between East and West Germany : Merkel approximation of the living conditions is committed

German Chancellor Angela Merkel (CDU) has assured the East German länder, for an alignment of living conditions. You feel therefore obliged, as you know from yo German Chancellor Angela Merkel (CDU) has assured the East German länder, for an alignment of living conditions. You feel therefore obliged, as you know from your constituency in Mecklenburg-Vorpommern "pretty good, the emotional state and know how important because even small steps are," said Merkel on Wednesday in Thuringia are the Neudietendorf after a Meeting with the Minister presidents of the Länder in Eastern Germany.

30 years after the fall of the Berlin wall, the impatience waxes, because there are structural differences, admitted the Chancellor. The government will ensure that the negotiations on the medium-term financial planning of the EU to the fact that the inequalities between the West and the East would not be increased again. Otherwise, domestic mechanisms of compensation would have to be created, which would make the Federal-Länder financial equalisation in question. "We don't want that." The Federal government wanted to find "the right Balance between structurally weak regions and the structure of the stronger regions," said the Chancellor.

Merkel support the desire of Eastern countries to change the structural discrimination in the Federal authorities. In the West, this had been a 2.3 per 1000 inhabitants, in the East, only 1.3. You must pay attention to the fact that not only regions such as Leipzig, were taken into account, but note also the area. In this point the sensitivity of the Federal government grew.

The East German Prime Minister, insist that structurally-weak regions will also be promoted then enough, if in the future less money from the EU could flow. "We know that the European funds are low and we have to shoulder our part," said Prime Minister of Thuringia Bodo Ramelow (Left). A new support mechanism the EU should not, however, result in an intra-German rift, made Ramelow, who has currently the presidency of the Eastern Prime Ministers ' conference.
The East German leaders want a "regional safety net", the losses to a maximum of 24 percent of the previous funding from EU sources is limited, as it was called office in a communication of the Thuringian state. Also, you want to ensure that the EU drops co-financing for a maximum of 10 percent compared to the previous set.

Previously, the heads of government of the Länder in Eastern Germany in total German funding system for regions with a low economy, had demanded. "We want a programme for structurally weak regions in the East and the West, in order to further the economic strength in these weak areas, so that there is also a good job with good wages", said the Minister-President of Mecklenburg-Western Pomerania, Manuela Schwesig (SPD) in the presence of their East German counterparts.
At the Meeting with Merkel, it was also about the planned Expansion of a 5G mobile network in Germany. "We have to be careful that we are not left behind in terms of infrastructure," said Schwesig on the sidelines of the conference. The fact that the weak regions, would be achieved. Merkel reiterated that there was a need for a "nationwide network of high quality". This was agreed.
Still no result it gave on Wednesday at the cost distribution for DDR-supplementary and special pensions. Several East-Prime Minister had called for a much stronger involvement of the Federation in these costs. The theme will be drilling "persistent", said Ramelow.
The financing for the structure development in the brown coal regions in accordance with the coal withdrawal was not according to Merkel during the Meeting. But in a good way. "The Federal government will stand by its Commitments, in particular, first to the immediate programmes", said the Chancellor. It will give on Thursday a conference of the heads of the state chancelleries.(dpa) 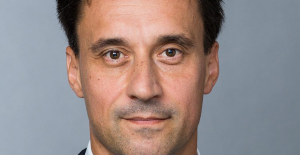 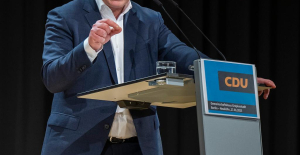 A good week before the election, the CDU is ahead... 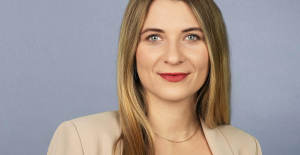