Coronavirus : the government is reasonably optimistic about the evolution of the epidemic

France has seen it finally the end of the tunnel for the epidemic of the coronavirus? Guest Sunday in the program "Le Grand Rendez-vous" on Europe 1, Marc Fes 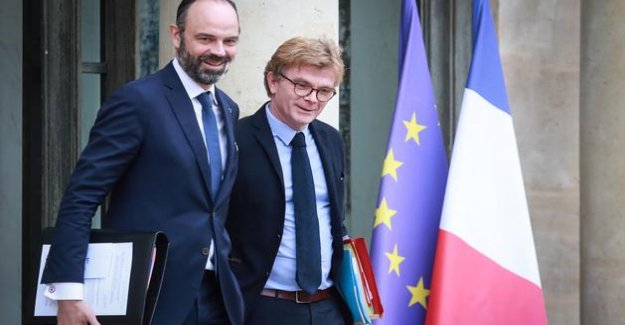 France has seen it finally the end of the tunnel for the epidemic of the coronavirus? Guest Sunday in the program "Le Grand Rendez-vous" on Europe 1, Marc Fesneau did not want to cry victory too quickly. The minister in charge of Relations with Parliament has, however, confided that the government was "reasonably optimistic" about the evolution of the epidemic. Nearly two weeks after the beginning of the déconfinement progressive, many feared the emergence of a second wave. It seems, for the moment, not draw.

The containment has allowed to "stop" the epidemic

"date and time at which I speak to you, the number of new cases remains stable and is even decreasing. The number of people who are hospitalized or in the icu has been decreasing for several weeks", explained Marc Fesneau. "At this stage, clearly, we understand this resurgence of the epidemic", he certified, while stressing that there was always a "fear" of the rise of a second wave.

read also : LIVE - Coronavirus : China is "ready" to international cooperation on the origin of the virus

The minister thus welcomed the government's decision to confine the entire population from the month of march. The minister considers that the executive can "be proud of this choice-there", claiming that this decision, unprecedented in time of peace, had helped "stop" the progression "is quite incredible and exponential" of the epidemic as early as the month of march. Marc Fesneau takes the example of countries, such as Brazil, which have "made the choice of non-containment" and who now find themselves "in the face of an epidemic peak very virulent".

"We made the choice to preserve the populations. I think it is a good news and it's good for humanity and what it contains values", concluded Marc Fesneau.

see also Port of the mask: a look back on the twists and turns of the government