Coronavirus : the executive wants to create a commission of inquiry independent on the management of the crisis

The government could announce "the creation of a commission that will look independent and college on the management of the crisis," the coronavirus, said Fri 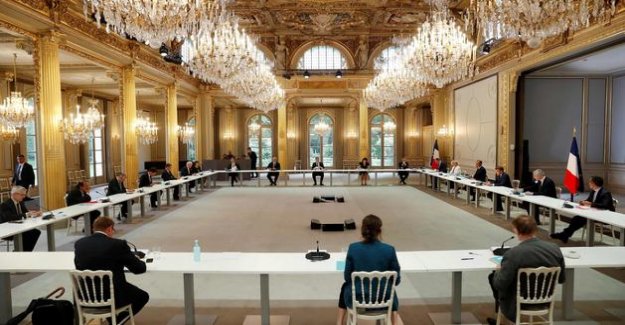 The government could announce "the creation of a commission that will look independent and college on the management of the crisis," the coronavirus, said Friday a source close to the executive in several media, including Le Figaro.

read also : LIVE - Coronavirus : the government plans to establish a commission of inquiry into the handling of the crisis

The goal is to have "a gaze independent and transparent crisis management by the executive and having an experience in its health dimension", according to the same source. It's not about "it's not an issue of parliamentary oversight" but an initiative "complementary," adds this source.

read more : health Crisis: the commission of inquiry will interfere with the exit from the crisis of the executive

The national Assembly was officially installed Wednesday his commission of inquiry into the management of the epidemic, due to which the opposition hopes to dissect the "failures" of france. The commission of the Assembly will be for six months of investigative powers expanded by report to the mission briefing, which had been going since the beginning of April and headed by the president of the Assembly Richard Ferrand (LREM).

read also : The crisis has helped to advance the idea of a european minimum wage

The Senate has also established its commission of inquiry, which will be put in place at the end of the month, and a series of public opinion surveys have shown that a large majority of the French think severely the management of the crisis by the government.

The government, the national assembly and the senate are going to create a commission of inquiry on the health crisis, then it is not even finished and that the emergency is to restore the economic activity of the country by road and to overcome the difficulties of the millions of unemployed that are going to happen quickly.
everyone wants to make the party politics and promote its own truth is outrageous and in timely and will further increase the distrust of citizens towards their elected representatives. a
Dismal !

If the government had nothing to hide, he would not feel the need to set up a commission competing with that of the elect. Let's be all the same objectives: the previous leaders are also responsible, for not having maintained the inventory of masks.