“You can really ruin it completely” 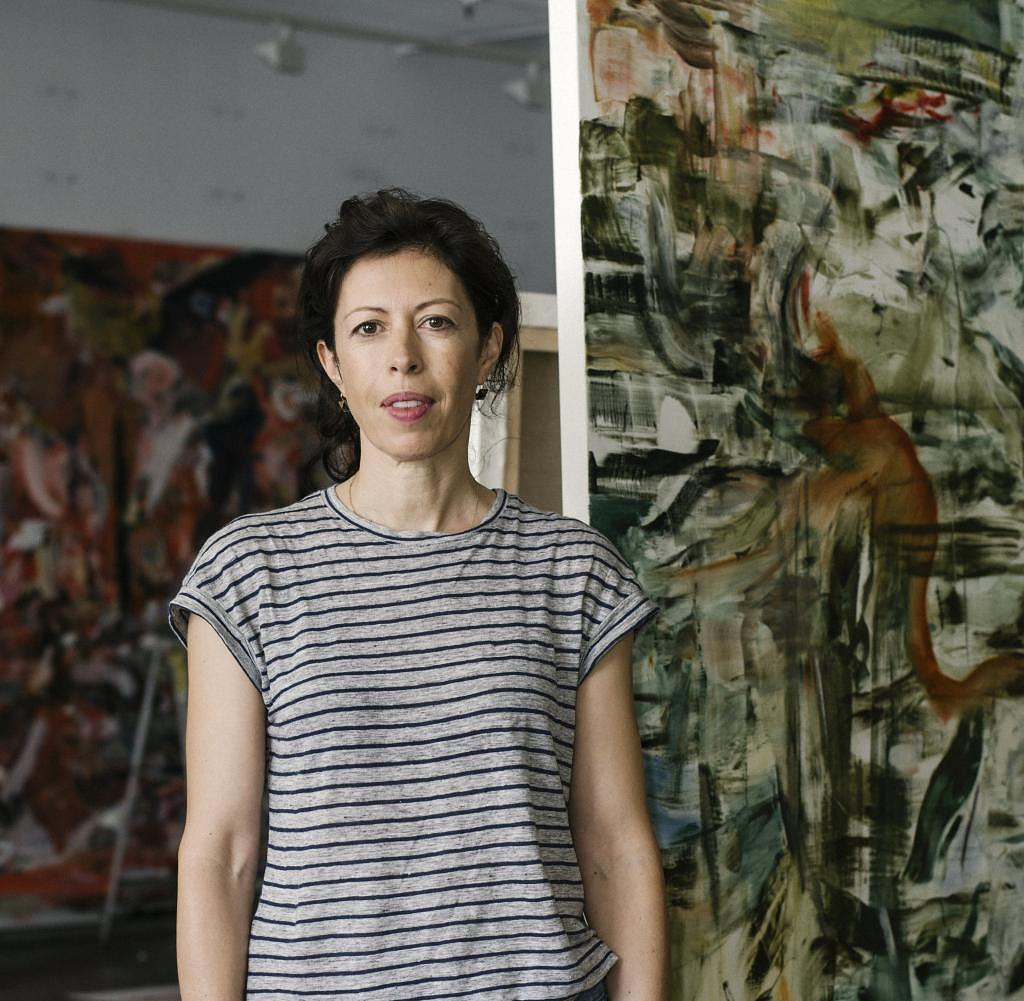 She was born in 1969, grew up in London and moved to New York in the 1990s, where she still lives. Today Cecily Brown is one of the most successful painters of her generation. Her paintings combine figuration with expressive gestures, whereby Brown often refers to old masters.

In what is now her fifth solo show at the Contemporary Fine Arts (CFA) gallery in Berlin, she is showing new paintings, pastels and drawings: works in which the writer Daniel Kehlmann describes an “eerie game” in his catalog text, “a flickering, an on and off Absence at the same time, a confusion curdled in colors”.

The visitor who looks in through the window from the street notices one thing in particular: naked men. Cecily Brown already featured naked women and couples having sex, but the male nude is new. Four large-format paintings show a recurring motif against changing backgrounds: four men of undetermined age and in good shape posing full frontal as a group.

One man has his hand on the other's waist, but it doesn't come across as homoerotic, more like a group of young hunks posing for the camera with a mixture of pride, flirtation and vulnerability. There is also a woman in the grass at the back of the picture, she sees the backs of the four men – and us. A game of looks.

Cecily Brown says during a conversation in the gallery that she had been wishing for years to paint male nudes, also as counterparts to female nudes. Finding a specific motive was not easy. Brown didn't roam through art galleries, but chose a very contemporary route: she googled the term "group of male nudes".

"And that," she says, "came out of it." To this day, Brown doesn't know exactly when the picture she used as a model was taken, but she puts it in the 1960s or 1970s because of the hairstyles and clothes . The artist transferred the photograph to the canvas using a printing process – this is also new.

In the eight-part picture sequence “Lady and the Swan”, which is also on display at CFA and is based on a drawing by Franz Marc, the motif is also printed on the picture support and then varied again and again with oil paint, resulting in very different and yet related paintings. It is the systematization of a habit.

She often starts with multiple canvases at the same time, and begins the images the same way, Brown explains, with the same colors. “One of the reasons I do this is that it never ceases to amaze and amaze me how quickly each of them changes and takes their own direction. And even though you're doing more or less the same thing, within half an hour you have four images in front of you that look completely different. That has always been part of my process.”

Her exhibition offers the opportunity to really see this process and to understand how each picture develops a life of its own from an identical template, creates different pictorial spaces, how the gestures of the men are modified, how their faces are seemingly reconfigured as if by an algorithm.

And you understand why it must be so difficult to complete a painting that has taken months to build. "I love starting pictures," says Brown. "I don't really like finishing them. Of course there is more to lose.” What does she mean?

We look at the surface of a canvas together. There's a certain creaminess to her images, a rich complexity that's difficult to reproduce and only really seen up close. A Cecily Brown painting appears alive because all color areas have been treated with the same intensity, hence the jungle-like quality of these new works.

The large, red painting "Still Life with Birds on a Wire" from 2021, for example, is only a rudimentary figurative picture, the space sketched here has dissolved. He turns his insides out and lets red and pink tones collapse – an intoxicating image. This is only possible if you don't overly strain any part of a picture during the painting process. Which, of course, sometimes happens anyway, according to Brown. Then a picture fails.

You could "really screw it up and completely ruin it," she says of the pitfalls of her practice. And despite her jet lag, Cecily Brown sounds happy. “It has always puzzled me how one can preserve this early freshness of a painting that has been started. I didn't really solve the riddle, but I found an interesting way to deal with it."

‹ ›
Keywords:
BrownCecily (Malerin)MalereiKunsthandelGemäldeAktmalereiCecily BrownNew YorkContemporary Fine ArtsLondonCFAKrimi
Your comment has been forwarded to the administrator for approval.×
Warning! Will constitute a criminal offense, illegal, threatening, offensive, insulting and swearing, derogatory, defamatory, vulgar, pornographic, indecent, personality rights, damaging or similar nature in the nature of all kinds of financial content, legal, criminal and administrative responsibility for the content of the sender member / members are belong.
Related News