Wolfgang Pohrt was anything but a salon communist

As the biographer of Wolfgang Pohrts and his publisher, I naturally read with great interest the sympathetic article by Ulf Poschardt about Karl Held and the debate between the two at the Konkret Congress on June 11, 1993 in Hamburg very much liked the events described. 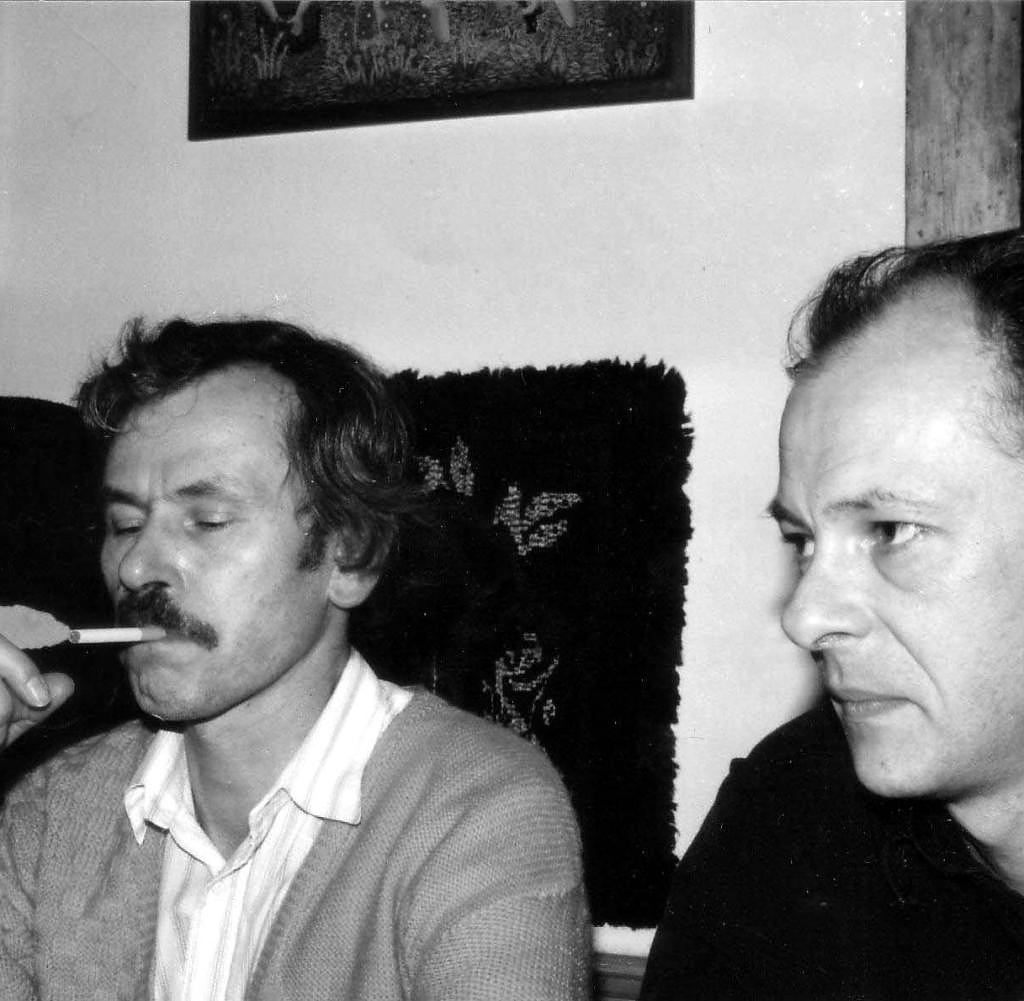 As the biographer of Wolfgang Pohrts and his publisher, I naturally read with great interest the sympathetic article by Ulf Poschardt about Karl Held and the debate between the two at the Konkret Congress on June 11, 1993 in Hamburg very much liked the events described. 30 years after this meeting of the independent left, it can no longer be about being or being right. That would probably be a bit ridiculous.

I wrote about the Konkret Congress in The Intellectual as a Troublemaker. Wolfgang Poort. Eine Biographie”, that is, also about the debate with Karl Held, and perhaps because I witnessed it live at the time, but above all because my sympathies were of course with my author Pohrt, I have a slightly different memory. Ulf Poschardt describes Karl Held as the last upstanding Marxist critic who refused any popular affect, and even cites his Franconian idiom, with which he "plowed up" left realpolitik - since I'm from the area myself, the impulse for me was always there For me, getting rid of this idiom is a prerequisite for emancipation, namely emancipation from narrow-mindedness, backwardness, from the barbaric in general (which Adorno saw in the provincial), which is why I could never really take anyone with this dialect seriously (Dieter Kunzelmann, for example). But that's just by the way.

My impression of the Marxist Group (MG), which I often experienced live during my studies in Erlangen, was partly admiration, because they paralyzed the course and the seminars and because they were superior to the professor or lecturer in arguments, but also repulsion, because in the course of time these attempts at disruption became an intellectual attitude and were only limited to the university framework, which one actually wanted to leave as a Marxist/revolutionary. Since I was still too young, I couldn't hold a candle to the MGers intellectually, and then of course other motives play a role.

In any case, the MGers weren't the worst thing that happened to the university back then. Maybe we even have a similar assessment as far as the group is concerned. Wolfgang Pohrt, however, simply looks at Ulf Poschardt through Karl Held's glasses, and he doesn't deserve that because, unlike most of the protest generation, Pohrt really read the "heroes of the student movement" and his dissertation on the "Theory of Utility Value ' is still received today and certainly had an influence, it is the result of an intensive examination of Karl Marx's 'Grundrisse' and I doubt that Karl Held penetrated the subject in a similar way.

So it was not a question of a "poem" that Pohrt recited and that Held criticized; Held spoke of a poem with polemical intentions because it was criticized in Pohrt's introductory speech at the Konkret Congress ("No one likes her" in Pohrt, works vol. 8.1, p. 164).

Quote that does not appear in the video about the Konkret Congress because only a short excerpt from the speech is shown there: "Even our colleague Held does not bring himself to make a convincing declaration of love to his compatriots, he does not claim that they are much nicer than often described in detail. The game is different, namely like this: One pulls badly at the Germans. Then the other counters: and you are the most German of all. So: Whoever calls the Germans racists is one of the worst himself.” Criticism of the Germans under suspicion of racism, rather the reason for the obtuseness is 'a dull chauvinistic resentment'”.

In his reply, Held stuck to Pohrt's formulation that the German population must have had a "serious flaw" if their "work consists of using cunning and diligence to transform an apartment building into a crematorium" (Pohrt), like the right-wing extremists in Mölln in November 1992 and later in Solingen. Held accused Pohrt of having an inhumane attitude, but his staging was so completely unsuccessful that he wasn't convincing and was annoying for so long that even the host and mediator Gremliza lost patience and was unable to speak.

That's my assessment, which of course you don't have to share, but of course it was clear that Held couldn't let this criticism sit on him. Pohrt hadn't written a "poem" but had attempted a psychological interpretation of why the compatriots in the East had no problem persecuting foreigners and beating them to death, or at least pursuing the whole thing with great agreement. And it is precisely at this point that "world trade, D-Mark and stuff like that" didn't help, as Held believed, to understand this phenomenon, and to dismiss "foreigners lighting up" as a "footnote of imperialism" is either banal or unworldly (I'm guessing both).

Pohrt's biography also does not reveal that for Held (and also for Ulf Poschardt, because he follows him here) Pohrt was only a "bourgeois self-promoter, left-wing actor, affectionate swinger", and that the bourgeois press "bowed deeply" to Pohrt. Maybe it's because Pohrt was an original thinker and didn't just dismiss everything as a "footnote of imperialism" from the outset. In any case, for Pohrt, and this is an interesting coincidence, it was also over after the Konkret congress: “After this congress, my interest in socialism, in the local left, in concrete, in world politics in general and in German development in particular to zero." (Pohrt)

After that, Pohrt was completely disillusioned, stopped writing for Konkret and withdrew completely. But not because of Karl Held's bizarre appearance, because the real scandal at this congress was a lecture by Christoph Türcke, who speculated about a "biological substrate" "that allows human races to be distinguished with non-discriminatory intent". Pohrt was stunned by Gremliza's handling of the "puny Botho-Strauß substitute", because the Konkret editor found Türcke's contribution "not racist, but largely correct", which is why Konkret and Pohrt quarreled.

In any case, one cannot deny Pohrt that something was really important to him, he was anything but a salon communist or a cultural sophisticate, he did not “make himself comfortable”, as Ulf Poschardt claims for Held, for Pohrt the matter was extreme existential, he refused a career at the university that was open to him. And it has suffered that the great events of the 1990s produced nothing better than the prosecution (or “foreigner blazing”) of reunification, a one-sided partisanship in the Yugoslav civil war, and a peace movement during the Gulf War. Pohrt, I would say, was not ideological, as I suspect Held was, for him thinking was always something “different from mere facts, namely thinking a thought, and it always means that one can also be wrong about it.”

For Held that would have been bourgeois humbug. But Pohrt did not come from a middle-class background, he was a failure in his left-wing convictions, Jan Philipp Reemtsma even once described him as the “modern embodiment of the ancient Cynic who wants to be right against everyone else and therefore also insults those who applaud him must bump". Adorno once wrote: “If you don’t think about useless thoughts, you don’t throw a spanner in the works.” At least you can’t blame Pohrt for that, but ultimately Pohrt’s writing was nothing more than “useless thoughts”, but who can claim that he would have succeeded better.

I would doubt whether the Konkret Congress marked the "fall from grace of the left into identity politics", as Ulf Poschardt writes, because even if it can be described as the swan song of theoretical effort and the beginning of the triumph of moral argument, the identity scam had started long before that. How did Dieter Kunzelmann once paraphrase Rainer Langhans? "What do I care about the Vietnam War if I have trouble having an orgasm."

Klaus Bittermann, born in 1952, is a journalist, writer and publisher of Edition Tiamat. He founded the publishing house in Nuremberg in 1979 and moved to Berlin in 1981. He publishes the 11-volume work edition of Wolfgang Pohrts and most recently wrote his biography "The Intellectual as a Troublemaker".