Good Balzac readers know that they can skip 20 pages with a clear conscience. 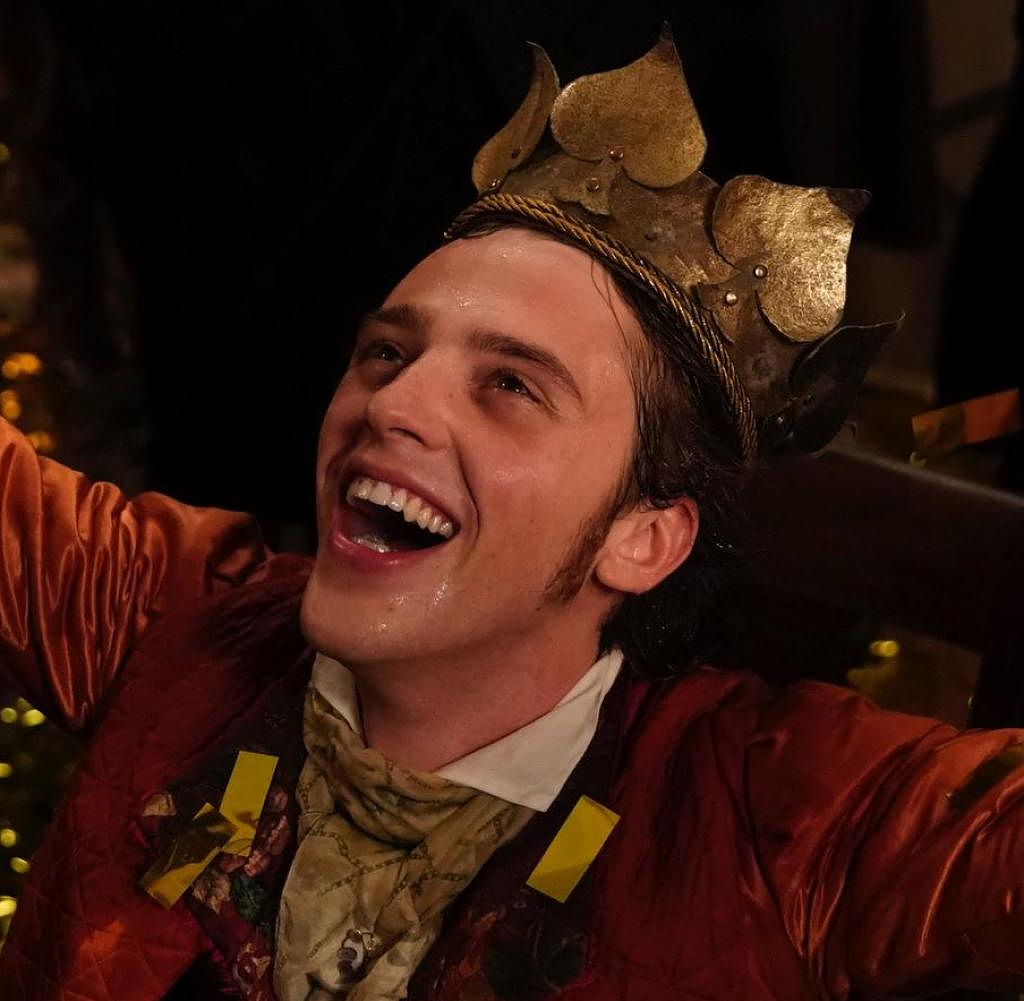 Good Balzac readers know that they can skip 20 pages with a clear conscience. Cosmopolitanism sets in everywhere with this novelist, so an occasional, merciful gap doesn't hurt. So a screenwriter who wants to defy one of Balzac's books need not shy away from cuts and omissions.

Xavier Giannoli and Jacques Fieschi went to work with their adaptation of “Lost Illusions” with corresponding courage. They shortened the first part of the novel to a prologue, leaving out the third part entirely. They focus entirely on Paris, the gravitational center of Balzac's world, where the enthusiastic Lucien Chardon, who would like to win back his mother's title of nobility, née de Rubempré, is bereft of his ideals.

Getting to grips with the sheer abundance of material was not the real problem, as Fieschi explained in an interview with WELT. "While Paris' brutal defloration of Lucien is a strong plot element," says the screenwriter, who received a César for the adaptation in February, "he himself is a surprisingly weak character. He does not revolt, but simply allows himself to be challenged by the temptations of the city. So we had to make Paris the driving force of the film.”

Lost Illusions comes closer to the novel in pictures than in words. They heed the advice of Lucien's favorite enemy, the austere poet d'Arthez, to bring the spirit of a time to life in scenes and details. The film captures the atmosphere and social pathology of the post-Napoleonic, Bourbon restoration period with true Balzac-esque panache – as a still life of customs and errors set in frenetic motion.

But Balzac isn't in everything that says Balzac on it. This can easily happen when a name has become an adjective. The film paints over Balzac, as his artist Frenhofer does with an old portrait in "The Unknown Masterpiece".

The film weights the sphere of commercial tabloid journalism, so to speak listed on the stock exchange, through which Lucien goes like purgatory, much more heavily than the original. And he merely explores them in Balzac's manner. Certainly, the ducks in the editorial offices are his. But Lousteau's sophistry about the art of slating is an invention of the scenarists. And anyone who previously believed that the quip “One news item and one denial – that makes two news items” came from the post-war press tycoon Pierre Lazareff can confidently hold on to this conviction.

Cinema can't get enough of Honoré de Balzac. Among the fabric suppliers from the great French novel century, Balzac is in the upper midfield. The IMDb lists 225 film and TV adaptations so far. That's more than Flaubert (54), Stendhal (34) and Zola (118) together. Only Hugo (244) and de Maupassant (287), who also make it easier for the cinema as a novella author, surpass him.

A first, enduring wave of Balzac adaptations broke out in the silent film era. Directors such as Jean Epstein, Marcel L'Herbier and Rex Ingram filmed him vividly without having to take his word for it. Above all, he was valued as a portraitist of tragic female figures, who brought star roles to Italian divas such as Lydia Borelli and Francesca Bertini, but also to Elisabeth Bergner.

A second high point came during the German occupation, during which only Simenon was filmed more frequently. As Fieschi emphasizes, Balzac does not figure as a local cultural asset that the defeated nation should reflect on.

“First of all, Balzac means escapism, costume drama,” he explains. "It is remarkable that in 1942, the screenplay of 'The Duchess of Langeais' by the playwright Jean Giraudoux attracted far more attention than the original. And the second major adaptation, 'Vautrin', is primarily perceived as a vehicle for Michel Simon, who is colossal in the title role.” Balzac seldom emerges as a winner in the cinema.

In the 1950s, when the "Nouveau Roman" was gaining ground, the realist romantic had a bad reputation; instead, he was discovered by television, which wanted to do justice to the breadth of his social panoramas in mini-series. Admittedly, Balzac was not willing to abandon the Nouvelle Vague to the competing medium without resistance. Her enthusiasm was initially paid lip service.

Rohmer, who held him in high esteem, never dared approach him. He rubbed off heavily on Truffaut. He prepared an altar for him right away in his debut They Kissed and They Beat Him, and from then on his heroes read it incessantly. In "Stolen Kisses" he played Balzac's "The Lily in the Valley" in 1968, so to speak, about the gang: Jean-Pierre Léaud fantasizes about the love story between Felix de Vandenesse and Madame de Motsauf when he meets Delphine Seyrig.

Jacques Rivette was still waiting at this point. Then he discovered monumentality in Balzac's stories as well. With "Out 1" in 1971 he adapted the "Story of the Thirteen" in just as many cinema hours. With Rivette, however, a narrative necessity of the imponderable reigned; he had the actors in Paris at that time improvise over a sketch of the plot and was open about the direction in which it was going during the shoot.

In 1991 he also translated “The Unknown Masterpiece” into the present in “The Beautiful Querulantin”; again at a boldly decelerated pace. In 2007 he plucked up the courage to tackle The Duchess of Langeais head-on as a costume drama. However, the incredible fidelity to the work did not mean rapprochement, but alienation: the style of language, gestures and social rituals are characterized by a delicate, emphatically anachronistic artificiality. The "sophisticated satisfaction" of indulging in Balzac's world that Proust enjoyed so much does not come with Rivette.

Balzac tempts and eludes just as his hopeful newcomers fare with Paris. Of course he is more than a prompt and fuel for the cinema. But apparently he needs to be continually betrayed to live up to his adjective on screen.

“The complicated thing about him,” says Jacques Fieschi, “is that you can open five or six pages without finding anything tangible in terms of narrative. Balzac is an insanely digressive writer. He takes every liberty, writing down whatever comes to mind, be it an aphorism, an analogy, a contemporary commentary or a historical reference.”

In it, he and Xavier Giannoli could have found enough material for the narrative commentary, couldn't they? It sounds like the Balzac scalpel that relentlessly cuts through epochs and souls. “In fact, you will hardly find anything by him in it,” Fieschi replies, “we had to invent three quarters of the commentary. Pierre Corneille inspired us for the final sentence. Balzac is fiery and sarcastic, but not as spiteful as you might think.”

‹ ›
Keywords:
BalzacHonore DeFieschiJacquesMiddingGerhardHugoVictorGiannoliXavierRivetteMaupassantGuy DeRohmerEric (19202010)TexttospeechXavier GiannoliHonoré De BalzacJacques FieschiParisFrankreichPierre CorneilleStummfilmäraIMDbKinoSex
Your comment has been forwarded to the administrator for approval.×
Warning! Will constitute a criminal offense, illegal, threatening, offensive, insulting and swearing, derogatory, defamatory, vulgar, pornographic, indecent, personality rights, damaging or similar nature in the nature of all kinds of financial content, legal, criminal and administrative responsibility for the content of the sender member / members are belong.
Related News