Whitney Houston, we have a problem 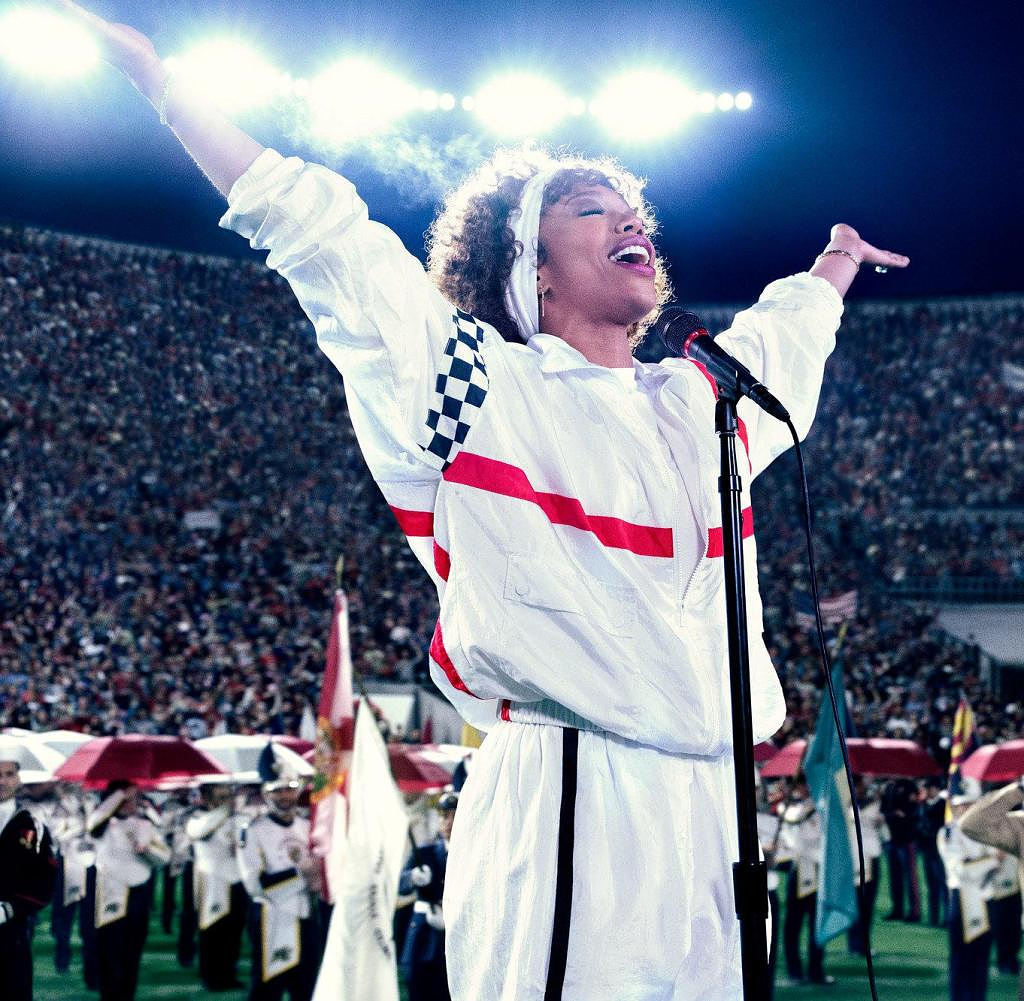 There's this young woman. A radiant smile, sparkling eyes, her whole life ahead of her. Still a bit shy when she is approached in a park by another young, much more robust woman and asked for her name, Whitney Elizabeth Houston she says, including her middle name. Everything is very innocent, even her dreams. She wants to be a professional singer, says Whitney Elizabeth Houston, like her mother, aunt and godmother, but so far it's only been enough for gospels at mass and the Shoobie-Doos to accompany her mum's concerts, the bar is set immeasurably high.

But this woman has a voice that knocks everyone who hears her for the first time, it's as if she didn't come from a small human body, but from heaven. And for some reason that has less to do with hard work, constant training, growing up in a singing dynasty and her parents' ambitions and more to do with magic, she can handle this voice from the start in a way that usually only does after very much experience of life, love and suffering is possible.

She can start the songs she sings very softly, tenderly, carefully tapping each word. She can phrase it so delicately, it's as if she's trying to figure out what she's getting into, like someone carefully stepping into a cold pool before finally diving in. But then she lets go. Sings so high you can't believe it - and right after that a few notes higher, it's unreal. Whoever hears this is blown away, right from the start. At least that's how it was when no one knew Whitney Elizabeth Houston.

Kasi Lemmons now tells the story of this woman and her voice in her biopic "I Wanna Dance with Somebody". It has everything that makes the Houston legend what it is. Discovered by producer Clive Davis at a concert. Her first appearance on television was on The Merv Griffin Show in 1983. Her friendship with Robyn Crawford, actually a love story that Houston doesn't allow itself because you can't be a lesbian and a pop star at the same time in the eighties. Her marketing as an American princess. Her almost lightning-fast rise to a superstar, more successful even than the Beatles.

The malicious sayings from the black community that they sell themselves to white tastes. Her misfortune to fall in love with the wrong man, although he never leaves any doubt about how badly he is doing her. Her insane performance at the 1991 Super Bowl, where she sang the American national anthem in a white tracksuit so unearthly well, as if it had never been sung before. Her success as an actress in "The Bodyguard" with Kevin Costner.

And her years of decline after she started coking against her stress. Canceled concerts, fans who want to get the money for their tickets back because their idol is no longer as high as they could expect, deranged television interviews. And finally her death in a bathtub at the Beverly Hilton Hotel in February 2012, at age 48.

It's everything a Houston biopic needs to be in a film, and while Clive Davis and various family members consulted on the production, she can't be accused of whitewashing. It's not just the obvious suspects - the toxic father who squanders her money and the toxic husband who squanders her money - who get off as badly as historical justice demands. The singer herself is not exculpated either.

No one forced her to neglect her finances, endure a bad marriage for far too long, ruin her voice with far too many gigs and with far too many drugs. Here no childhood trauma, bad surroundings and unfavorable social conditions are blamed for a downfall. The film leaves no doubt that if Whitney Houston had taken better care of herself and her talent, listened to her friends, and put her money into better rehab, she could still have a wonderful life.

Otherwise there is nothing wrong with “I Wanna Dance with Somebody”. English actress Naomi Ackie, who plays Houston, is indeed something of her revenant, the 140 costumes and dozens of wigs is a costume and wig admirer's dream, Stanley Tucci as producer father friend is as virtuosic as ever.

Even when it comes to values ​​and worldviews, there's nothing to complain about: It's really tragic that in the 90s you couldn't be a black, world-famous lesbian singer, but had to perform heterosexual masquerades, maybe without that pressure it wouldn't have been so bad. So a Lemmons film gives a little food for thought, fortunately not too much.

But the best thing is that no one would have thought of letting anyone else sing her songs in a film that reenacts the life of Whitney Houston – all the hits like “One Moment in Time”, “My Love Is Your Love", "It's Not Right but It's Okay" or "I Will Always Love You". Naomi Ackie practices virtuoso lip-synching, one cannot imagine how exhausting it must have been to acquire it.

Of course, this approach is justified. Nobody could imitate Houston's voice. And the few singers who might have it (Beyoncé, Adele, Mariah Carey maybe) wouldn't. But it's a little strange to be in a movie where an actress looks, talks and moves exactly like the singer she's assigned to play - but doesn't sing because the only woman who could sing like that is no longer alive. Houston, we have a problem.