When you know what fear is

In a wealthy intellectual household, normality can look like this: mother, father and child do not live in one big house, but two. 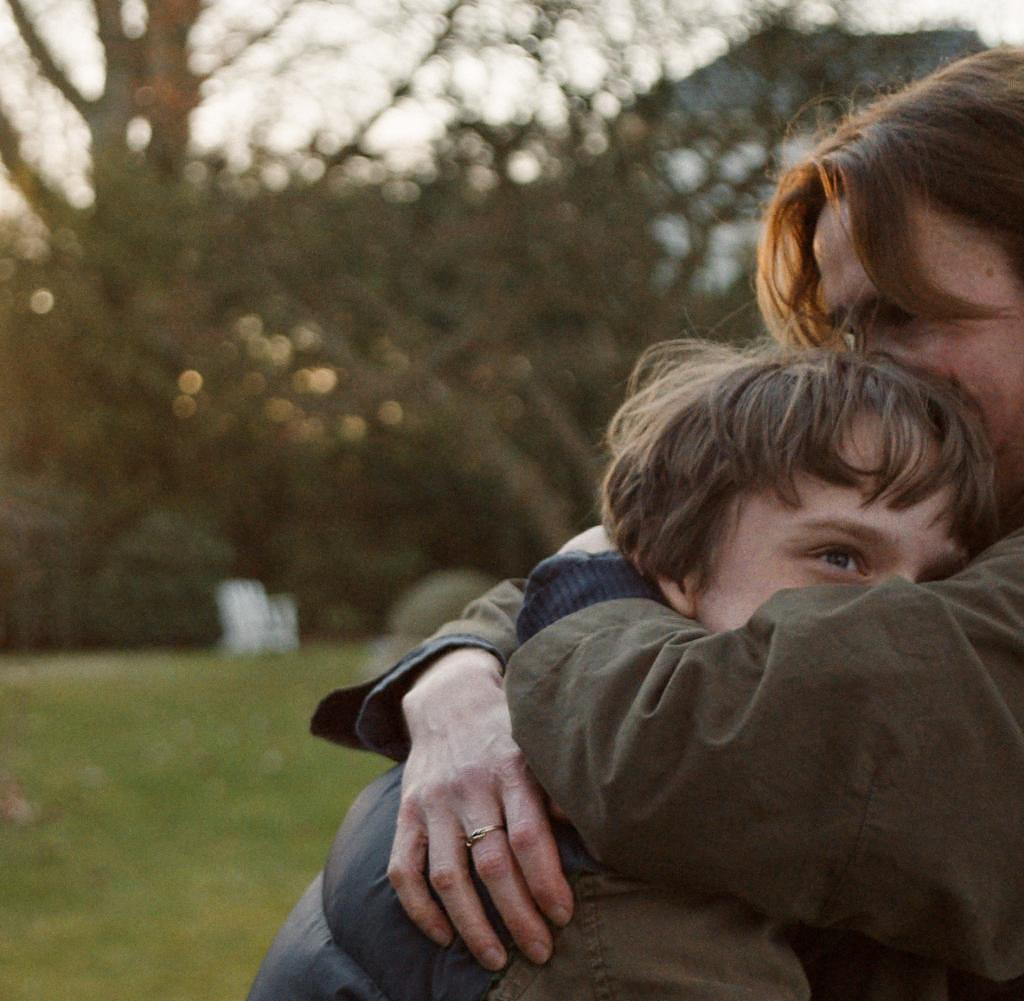 In a wealthy intellectual household, normality can look like this: mother, father and child do not live in one big house, but two. side by side. A police officer later finds this strange and senses a broken marriage. But it's normal for this couple when the husband, the literary and social scientist and heir to the cigarette dynasty Jan Philipp Reemtsma, "goes over to his books for a moment" late in the evening. It's not normal when his wife, the psychoanalyst Ann Kathrin Scheerer, finds a hand grenade there in the morning, as a paperweight on a letter claiming responsibility: Your husband has been kidnapped.

Reemtsma's 33-day imprisonment and his release against a payment of 30 million marks in the spring of 1996 is what is persistently called "one of the most spectacular criminal cases" in recent German history. The word "spectacle" expresses what the reception is ultimately about. But the director Hans-Christian Schmid, a specialist in gently catastrophic family and state power normalities (“After five in the jungle”, “23”, “Requiem”, “What remains”), and his co-author Michael Gutmann thoroughly whistle Spectacle. Instead, they create a space of tension that gradually becomes more and more dense, built from minimal gestures, looks and objects. It's the familiar, strange space called family.

Unlike the creators of the currently successful Netflix series "Dahmer", who apparently retell the atrocities of a serial killer without the consent of the victims' relatives, Schmid and Gutmann orientate themselves on Johann Scheerer's book "We are then probably the relatives": In it Scheerer describes, how he experienced his father's kidnapping as a 13-year-old at his mother's side. In addition, the screenwriters spoke to Reemstma's wife, the investigators and those who were eventually able to arrange the ransom handover.

The fact that neither the perpetrator nor the victim comes into view and instead focuses on the experience of the family is spectacular in the "Tatort" Republic of Germany, where true crime formats flourish. According to a recent study by YouGov and Statista, more than half of those surveyed say that they find true crime podcasts "most exciting", "that real crimes are covered" (54 percent) and the "specific crimes" themselves (52 percent). In contrast, “the way of telling the story” and “the research of the editors” only accounted for 35 and 30 percent. In the bodies and psyches of real victims and the perpetrators to be fathomed, one digs until mostly a coherent "something comes from something like that" comes out and the schemes of good and evil, victim (mostly female) and perpetrator (mostly male) are confirmed as the norm. Many of the predominantly female fans swear by the relaxing effect of real other people's suffering before falling asleep. Not being a victim yourself, in a clear world at that – so nice!

This is unbearable for family members. But bad luck, they are outnumbered and not a target group.

Schmid goes exactly where it would really hurt: into the familiar four walls and the daily uncertainty. Where one's feelings can feel ominously wrong because they contradict what one otherwise reads and sees. For example, for the film's son Johann (played by Claude Heinrich), who is initially the focus of the film, a new era begins in which he "knows what fear is". On the eve of the kidnapping, he had argued with his father about the sense and nonsense of learning Latin. Now he has to deal with a mixture of relief (he doesn't have to write a Latin paper), regret and fear.

Irritatingly, a new everyday family routine also develops: two undercover investigators introduce themselves as “relatives carers” Vera and Nickel (Yorck Dippe and Enno Trebs) and set themselves up at home. You play table tennis, hunt for Easter eggs and watch Harald Schmidt in the evening. Julian Krubasik's camera, which carefully scans the textures, finds the milky morning light on a coffee pot, Nutella jar and Langnese honey more significant in its reassuring indifference than showing the bleeding victim in his dungeon or discovering that the perpetrators are only human.

In this lockdown-esque atmosphere, a quiet power struggle soon begins. The handover of the ransom fails again and again because the clumsy police force scares the perpetrators away. Reemtsma sends a letter in which he writes that the kidnappers acted more professionally than the officers. Adina Vetter plays Ann Kathrin Scheerer surprisingly composed. An "adventure" she called her son what they now have to endure together. It is well known that the adventurer is characterized by the fact that he consciously takes a risk and is willing to accept the failure of his expedition into the unknown. Reemtsma also intersperses literary references to Tom Sawyer's adventures in his letters. It sounds like an attempt to transfer a real horror into the realm of fiction. So adventure is not a euphemism, but an act of self-assertion in order not to lose your mind.

In the finest nuances, the acting ensemble creates the opposing dynamics of steadfastness and collapse. Initially, the men's belief in their own smartness still dominated how they dealt with the catastrophe. Justus von Dohnányi, his friend's lawyer, fails miserably when making phone calls to the kidnappers. The male know-how is slowly, but with full force, surpassed by the tenacity of the wife: as if from a twilight, she gradually awakens and becomes more capable of acting the more exhausted she seems.

The film tells how the loss of certainties feels, not only in terms of content, but also formally, through intentional suspense killers, through targeted disruptions to crime thriller expectations. It starts with the fact that we already know how it will end. What is said is often shown promptly and well-behaved. For example, when Ann Kathrin Scheerer explains that Christian (Hans Löw), a friend of the family, is on his way to support them, he comes into the picture. Everything goes its own way in a conspicuously unspectacular way, clings to the conventional, as does the dark, glittering wasteland of the music of "The Notwist".

Real crimes have no end and no credits. It can't end well, says Johann Scheerer in an interview: "It ended badly the moment it happened and it's still going on. And how long depends entirely on how the victim is doing." With his book, he says, he regained the authority to interpret the story exploited by the media, but with the film, which goes far beyond his book, he consciously gave it up. In the end, the room purrs together in an almost unreal image, mother, father and son lying close together in a bed in an embryonic position. A rebirth is imminent, the crime is not over, monsters are born. Or new closeness.