When the toilet becomes a world of adventure

The sun beats down on the asphalt and scares the visitors of an Israeli bar in Berlin-Neukölln inside. 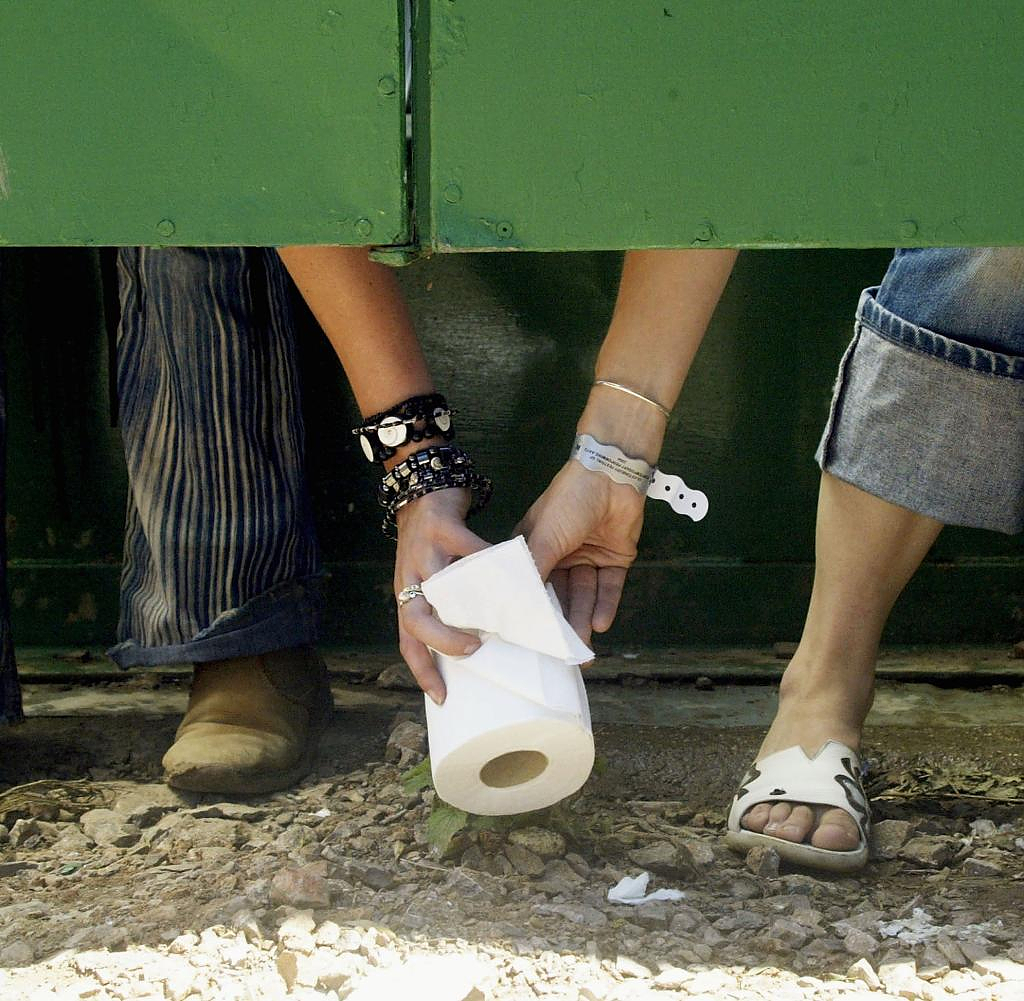 The sun beats down on the asphalt and scares the visitors of an Israeli bar in Berlin-Neukölln inside. The bar is tiled white, wooden chairs are reminiscent of bygone school days. I order a cucumber lemonade (5 euros with a tip). I didn't order the drink because I needed refreshment, but rather an excuse. An excuse to go to the restaurant's restroom. Because it offers much more than just a toilet, sink and soap.

The entire room is a salmon-colored dream. But even more interesting is the small CD player that stands on a shelf next to the toilet. While the guests relieve themselves here, they can indulge in songs by artists such as Anastacia, Jennifer Lopez or the No Angels instead of the splashing noises they have made themselves. Fans of classical music can turn to Schubert or Beethoven. The restaurant makes a total of 38 finely curated CDs available to its guests.

A trend that can also be observed on TikTok: There you will find toilets from all over the world that offer their visitors a light show at the touch of a button or toilets that offer a view of spectacular skylines. More and more restaurants are designing their toilets in a complex way and are converting the actually quiet place into a world of experience.

I choose a CD, put it in the player and sit down on the bowl – slightly embarrassed. There are mirrors on both sides of me and opposite me. Practically, I can film myself from different perspectives and thus not only stage myself, but also the restaurant at the same time. The restaurant's bathroom even has its own Instagram page for this. I want to despise the whole thing, find it banal, not worthy of me. Because it is so obvious what the purpose of this is.

But the beat of Jennifer Lopez's (now Jennifer Affleck) "Jenny from the Block" is catchy. With a few lines, the singer conquered my heart, which beats faster for pop trash music. J.Lo's 2000 hit instantly sticks to me like bubble gum. Instead of cursing this cheap marketing gimmick as emblematic of everything bad going on in the present, I'm rocking back and forth to profane lyrics with my pants down.

Anyone who has little to do with pop music, Instagram and the current zeitgeist will quickly fall into the reflex of wishing for the good old days. only which ones? The Middle Ages maybe? At that time people emptied themselves publicly on the streets and fields. Even in the castles, they simply went about their business where it suited them. In terms of smell, one was used to a lot at that time.

And even antiquity is not suitable as a time of longing. Because the Romans already celebrated going to the toilet as an event – ​​albeit as a social one. Back then, even the wealthy didn't defecate in their own four walls, but used public latrines. They were sometimes furnished decadently. But there is no need to romanticize at this point, even linguistically: the Romans peed and pooped cheerfully next to each other - without a door and without a partition. They not only exchanged the latest gossip. The latrines served as the perfect place for some merchants to transact business. Hence the expression: "doing one's business".

This kind of togetherness is unlikely to be appealing to the average person today. Because since the triumph of the bourgeoisie, the toilet in the west has developed into a quiet place burdened with shame. So could it be that our late capitalist is the best of all times after all?

To pursue this question further, I visit a hairdressing salon in Berlin-Friedrichshain. The boss leads me into his lovingly furnished darkroom. Everything is black, from the walls to the washbasin, pumping techno blasts from speakers on the ceiling, and a glowing red lamp hangs above the washbasin.

I ask the boss to leave me alone for a moment - so that I can fully engage in the experience. And indeed, for a brief moment, the toilet of the hairdressing salon catapults me into a dim and sexually charged techno club.

You need something like that to stand out from the competition, the owner explains to me later. Nowadays it seems that it is no longer enough to give your customers a hairstyle that they are happy to pay their money for and come back to. Going to the toilet should also become an experience worth remembering, which in the best case scenario will of course be shared with the followers on various social media channels.

The fact that even toilets are now being made fit for social media can be seen as the culmination of a trend that has been going on for years. In an article published in the Austrian “Standard”, Laura Wiesböck, a sociologist at the University of Vienna, explains that Instagram and Facebook have fueled the eventing of the everyday. In this context, she spoke of activities such as cooking or a bike ride. But because all of these areas of life have apparently already been upgraded to match the aesthetics of Instagram and Co., it is only logical that even our most intimate and at the same time most everyday activity had to become an experience.

And not only in hype-addicted Berlin. In Vienna, too, going to the toilet has long since found its way into cafés, restaurants and bars. The city can be seen as the counterpart to the metropolis on the Spree: the public administration works, the streets are clean and trends tend to arrive in the Austrian capital a few years late.

But there, too, toilets await adventure-seeking visitors – like those in a time-honoured coffee house in the posh first district. There, the initially transparent toilet doors turn into milky glass as soon as the door is locked. Thanks to this "magic trick", the café's toilet has even made it into the British edition of the "Huffington Post", on the tourism website TripAdvisor one user recommends visiting the café just because of the toilet.

The cult surrounding the toilet has already reached the provinces, as evidenced by numerous TikTok videos. This is not surprising, because thanks to social media, the transport times of the hypes from the metropolises to remote parts of the world have been reduced considerably.

But what does this development actually mean for the future of going to the toilet? Maybe yes, that with every shared toilet photo and video, we will free ourselves more from the chains of bourgeois shame and soon we will celebrate defecation again - according to the model of the ancient Romans - as a social event and business people again in two senses will do business together.

Or, and this is the more desirable and probable prognosis, the trend simply means that in an already thoroughly commercialized world we will have a little more fun in the not-so-quiet place in the future. And there really isn't anything wrong with that.

‹ ›
Keywords:
WELTnextToilettenInstagramTiktokGaststättenUniversität WienApple PodcastHuffington PostJennifer LopezMusikToilettengangFacebook
Your comment has been forwarded to the administrator for approval.×
Warning! Will constitute a criminal offense, illegal, threatening, offensive, insulting and swearing, derogatory, defamatory, vulgar, pornographic, indecent, personality rights, damaging or similar nature in the nature of all kinds of financial content, legal, criminal and administrative responsibility for the content of the sender member / members are belong.
Related News