The dream of a couple of millionaires is going to translate into the most unique house in New York: a transparent glass cube in the penthouse of a century-old 17-story apartment building with spectacular views of Central Park. 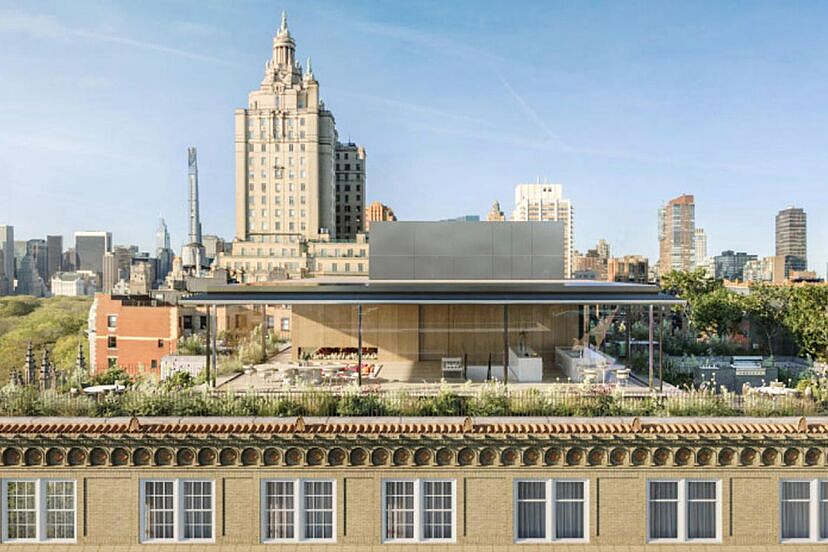 The dream of a couple of millionaires is going to translate into the most unique house in New York: a transparent glass cube in the penthouse of a century-old 17-story apartment building with spectacular views of Central Park.

Those responsible for this whim are billionaire Bill Ackman, founder of the investment fund Pershing Square Capital Management, and his wife, Neri Oxman, the award-winning architect, pioneer in sustainable materials and former head of the Media Laboratory of the Massachusetts Institute of Technology (MIT). , for its acronym in English).

To make their dream of building this transparent two-story chalet surrounded by a garden in the heights of Manhattan a reality, the couple has had to fight for two years to overcome the refusal of the neighbors and the city authorities.

The glass cube is also the first project for a private residence in New York by the prestigious British architect Norman Foster, who has been forced to submit several designs to overcome the obstacles in the process.

After several attempts, the city's Landmarks Preservation Commission (LPC) has just given the go-ahead to the latest design submitted for the 1999 Pritzker Prize winner. "We are grateful for the input and final approval of the LPC," Ackman told The Post after hearing the news. "Looking forward to moving," he added enthusiastically.

The final building plans, more discreet in size and volume than the owners intended, have managed to convince the fifty residents who were opposed to installing such an extravagance on the roof of the community.

Foster himself testified during one of the hearings held by the LPC, where he explained that the design is based on the structure of the building, inaugurated in the 1920s, and inspired by the iconic glass house built in the 1950s by Philip Johnson in Connecticut. "Any building is an overlay of its history and each period leaves its own mark," said Foster, who assured to calm the concern of the neighbors that the building will not be visible from the street.

The structure will have a total area of ​​483 square meters and its construction will take at least 18 months. Before starting the work, they will have to demolish the existing pink stucco penthouse on the roof that is connected to the 16th floor and has 13 rooms.

The design consists of a glass and steel box with a steel cube on top in a modern style pioneered by German architect Ludwig Mies van der Rohe in the 1930s. The main floor has a living room with a kitchen open to the New York skies. All surrounded by a garden full of plants with stairs that connect to the lower apartment.

The couple and their almost three-year-old son still reside in the nearby The Beresford building, located next to the American Museum of Natural History, from which they first saw the attic. The couple were looking for a new home in 2018 when the unusual penthouse went on the market, after 40 years in the hands of feminist writer Nancy Friday, who died a year earlier.

The purchase of the two upper floors of the building, located at 6-16 West 77th Street, was closed for 22.5 million dollars (21.3 million euros), according to public records. The Revival-Renaissance-style property was designed by Nathan Koran in 1927 and, while not protected for its architectural value, is located within the historic West Side District. With approval granted by the committee, the couple now have to get approval from the Landmarks Preservation Commission.

The investor bought the One57 skyscraper penthouse for $91.5 million in 2015 as a "fun investment" that he uses to host parties with friends and associates. He also owns a complex of three houses on the beach in Bridgehampton, in the Hamptons.

Achman, 55, rose to fame in March 2020 when he hysterically assured in an interview with CNBC that "hell was coming" and that the US was underestimating the danger of the coronavirus. His words sent financial markets crashing, at the same time his hedge fund raked in a $2.6 billion profit from betting they would go under.

‹ ›
Keywords:
InmobiliariocasasCasas De LujoInmobiliario Y ConstrucciónEstados Unidos
Your comment has been forwarded to the administrator for approval.×
Warning! Will constitute a criminal offense, illegal, threatening, offensive, insulting and swearing, derogatory, defamatory, vulgar, pornographic, indecent, personality rights, damaging or similar nature in the nature of all kinds of financial content, legal, criminal and administrative responsibility for the content of the sender member / members are belong.
Related News