“The German Press Council is the voluntary self-regulation of the print and online media in Germany. 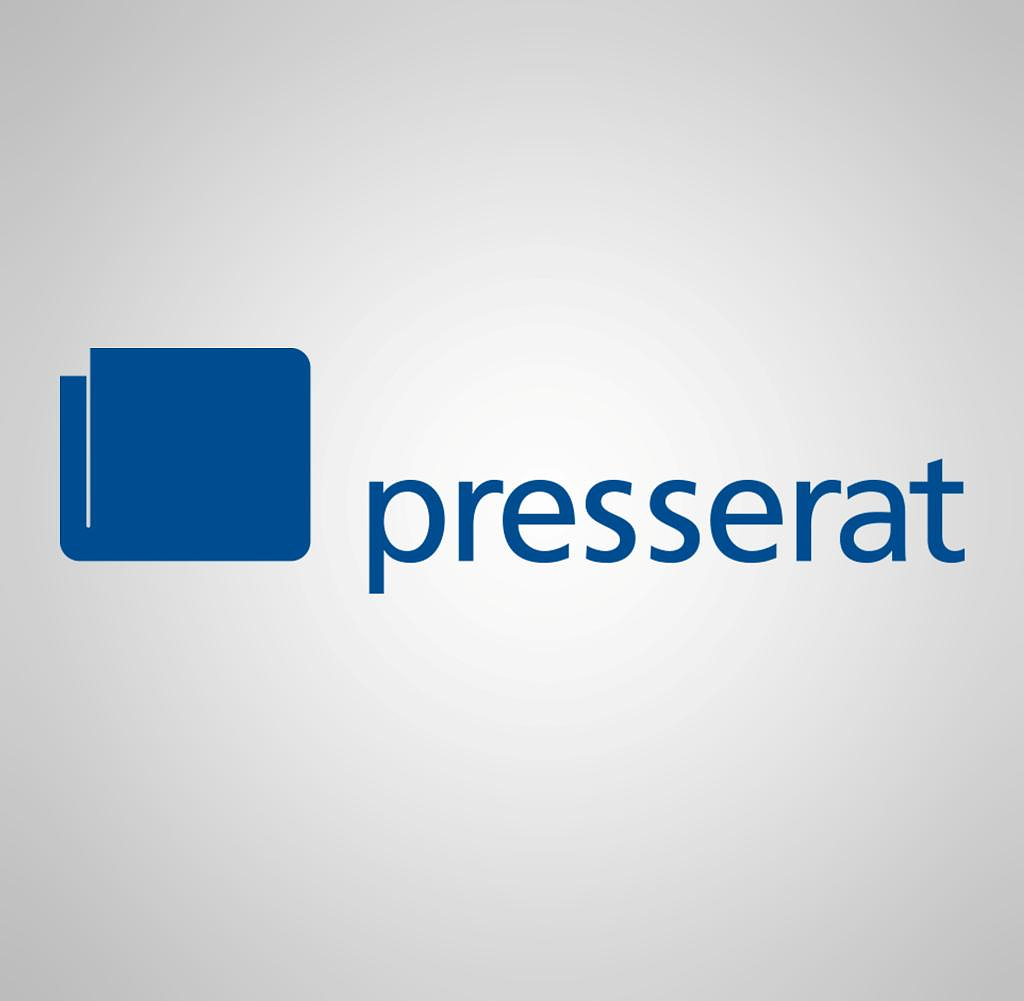 “The German Press Council is the voluntary self-regulation of the print and online media in Germany. He advocates compliance with ethical standards and responsibility in journalism and for maintaining the reputation of the press. As a form of self-regulation, the Press Council defends the freedom of the press against external interference” - this is how the Press Council, a body of publishers' and journalists' associations, introduces itself on its website. To enforce these standards, the press council has drawn up journalistic principles that are reflected in a 16-part press code. On this basis, citizens can complain about editorial contributions to the Press Council.

Here we document the assessment of the German Press Council on the controversial article "How ARD and ZDF indoctrinate our children":

A. Summary of the Facts:

Your accusation: ARD, ZDF and Co. are pursuing a threatening agenda. The scientists wanted, they write, "to track down the misinformation about 'polysexuality'." They wanted to find out whether it was true that the confirmed scientific finding of dual gender was being questioned in public service broadcasting. What they saw on the programs was not journalism.

In the broadcasts, “the fact was [consistently] denied that there are only two sexes [...] We asked ourselves: How can that be? Why are biological facts ignored? Why are children indoctrinated and - instead of age-appropriate sex education - sexualized in a pushy way on channels that very few parents should even have on their radar?"

The result of the observations is a 50-page dossier. "The result is a distorted image of reality based on refutable false statements, to which children and young people are now exposed even in the early harmless 'Show with the Mouse'."

“We are not alone in our demands; 120 scientists, physicians, psychologists, educators and representatives of other professions from all over Germany joined. The campaign was also supported by the gay and lesbian advocacy group LGB Alliance.”

Specifically on the topic of trans, the scientists write: "The 'way to the right body' is described as a very easy step. It is about the use of puberty blockers, the administration of opposite-sex hormones and the surgical removal of the penis, breast and uterus. However, the mentally and physically severe and irreversible consequences of such measures are either not described at all or, at best, are mentioned in passing.” socially simply 'identify' as that gender. Until the show with the mouse, the 'Self-Determination Act' will be advertised uncritically.

II. Eight readers complain about the article. Among other things, they criticize false (scientific) statements that are presented as facts and discrimination. Education and enlightenment are presented as indoctrination and sexualization.

It has been scientifically proven that there is intersexuality, but this fact alone indicates that the statement on confirmed scientific dual gender is wrong. People who do not see themselves as male or female would be discriminated against in the article and their human dignity violated. According to Section 22 (3) PStG, this dual gender is de facto inadmissible. The article is transphobic and homophobic.

Another accusation is that the article is titled as an opinion and gives the appearance of being scientific without being so.

The article also assumes that the public service broadcasters report that their reporting on lesbian, gay, asexual, bisexual and pansexual identities or non-binary or transgender identities poses a danger to children and young people.

In addition, the rainbow flag is shown upside down in the article.

Ill. For WELT Online, the editor-in-chief of WELT Digital transmits the statement of the Forum head of department. He structured the allegations into five points.

The editor-in-chief writes that in a first version of the teaser graphic for the online version, the rainbow flag was actually shown upside down (purple at the top, red at the bottom). It was simply a regrettable mistake that was corrected immediately after it was discovered.

The editor-in-chief writes that the authors expressly relate their theses on dual gender in the article to biological sex (“sex”), not to social gender identities (“gender”). As far as biology is concerned, the notion of dual sexes was not only not refuted, but was confirmed by various biologists after the article was published and sometimes presented as downright self-evident. Professor Rüdiger Krahe from the Biological Institute at the Humboldt University in Berlin said in an interview with the “Berliner Zeitung” that biology defines “gender on the basis of the germ cells that produce an orgasm, i.e. whether it produces egg cells or sperm. There is nothing in between.”

The objection of some complainants that the phenomenon of biological intersexuality refutes the linearity of biological sexes is not shared by experts. Professor Rüdiger Krahe continues to tell the "Berliner Zeitung": "The fact that these people exist (meaning: people who are born with ambiguous genitals) does not change the fact that there are only two types of germ cells, and that is the decisive factor in the biological definition.”

The "Netzwerk Wissenschaftsfreiheit", an association of around 650 German-speaking scientists from practically all major German universities and research institutions, commented in an open letter on the WELT article in question: "In no case is the position, which biological sex and gender identity separates, the existence of transsexuals is questioned. However, it is very much a legitimate expression of opinion as well as a scientifically founded view - many of the signatories have been dealing with the subject scientifically and in practice for a long time - to distinguish between the fundamentally binary structured biological sex and gender identity. This means that no one’s human rights are denied and no one is incited to hatred and violence.”

The publication of the text on June 1st was not an allusion to the beginning of Pride Month, writes the editor-in-chief. Such an allusion would not have made sense either, since the beginning of Pride Month may not be actively known to the average reader. There is no reference to Pride Month in the entire text, nor does the text contain any value judgments about the LGBTQ scene in general or about trans people in particular, and certainly not any derogatory ones. Instead, the authors presented their opinion that some youth formats from ARD and ZDF presented sexuality and sexual practices too explicitly, i.e. not age-appropriate (the authors would also criticize a corresponding article about heterosexual relationships).

The editor-in-chief writes that the authors would not reject sex education. In the text, you would advocate “age-appropriate sex education” instead.

The editor-in-chief writes that the functions and activities of the authors are mentioned below the article. It should be emphasized that some of them also had their say in other prominent media and would do so. For example, the co-author Alexander Korte, senior consultant at the Munich University Hospital, gave a five-page interview in “Spiegel” years ago and commented on the allegations in a “Zeit Online” interview (June 14, 2022). Another co-author, Uwe Steinhoff, political scientist at the University of Hong Kong, has just published the article "Why biology only knows two sexes" in the "Frankfurter Allgemeine Zeitung" (June 20, 2022).

B. Considerations of the Complaints Committee:

The Complaints Committee found no violation of the journalistic principles. He examined the reporting in particular with regard to paragraphs 2 and 12 of the Code. The committee intensively discussed the question of whether the limits of freedom of expression are being exceeded in reporting.

The committee notes that there is fundamentally a public interest in the scientists' dossier. Especially against the background of the public, very polarizing discussions about the design of the self-determination law and the interpretation of terms in the transgender debate. The panel comes to the conclusion that in this specific case, adhering to the purely scientific-biological view of gender does not include any group-related discrimination. In addition, the article does not contain general derogatory statements about transsexuals. The assessments of the television content ("indoctrinated", "sexualized") - based on the analysis of the television reports - do not have to be shared, they are also borderline, but in the opinion of the committee still covered by freedom of expression.

The contribution is also marked as an opinion piece, the guest authors are recognizable as such. However, the fact that scientists are writing here gives readers the idea that this is less opinion than scientifically proven knowledge, argue some committee members. However, the majority of the committee believes that readers can ultimately classify the judgments expressed in the article as an opinion that represents an extreme position on the spectrum of public discourse.

The representation of the rainbow flag is incorrect. However, the editors corrected the inaccuracy after becoming aware of it, thereby resolving the violation of press ethics. The Committee has no indication of an intentionally misrepresentation. Also not that the publication could be negatively related to Pride Month.

Overall, there is no violation of the journalistic principles of the German Press Council, so that the Complaints Committee declares the complaint to be unfounded.

The decision was made with 5 yes votes, 1 no vote and 1 abstention.

‹ ›
Keywords:
TexttospeechDeutscher PresseratARDZDFGeschlechterforschungNewsteamPresseratSexGastautorenUniversität MünchenBerlin ZeitungPride MonthRessortleiters ForumZDF SexualitätUniversität HongkongWELT Online
Your comment has been forwarded to the administrator for approval.×
Warning! Will constitute a criminal offense, illegal, threatening, offensive, insulting and swearing, derogatory, defamatory, vulgar, pornographic, indecent, personality rights, damaging or similar nature in the nature of all kinds of financial content, legal, criminal and administrative responsibility for the content of the sender member / members are belong.
Related News