Human rights, as demanded by the UN General Assembly in 1948, must be protected by “rule of law” arrangements so that people do not feel compelled “to resort to rebellion as a last resort”. 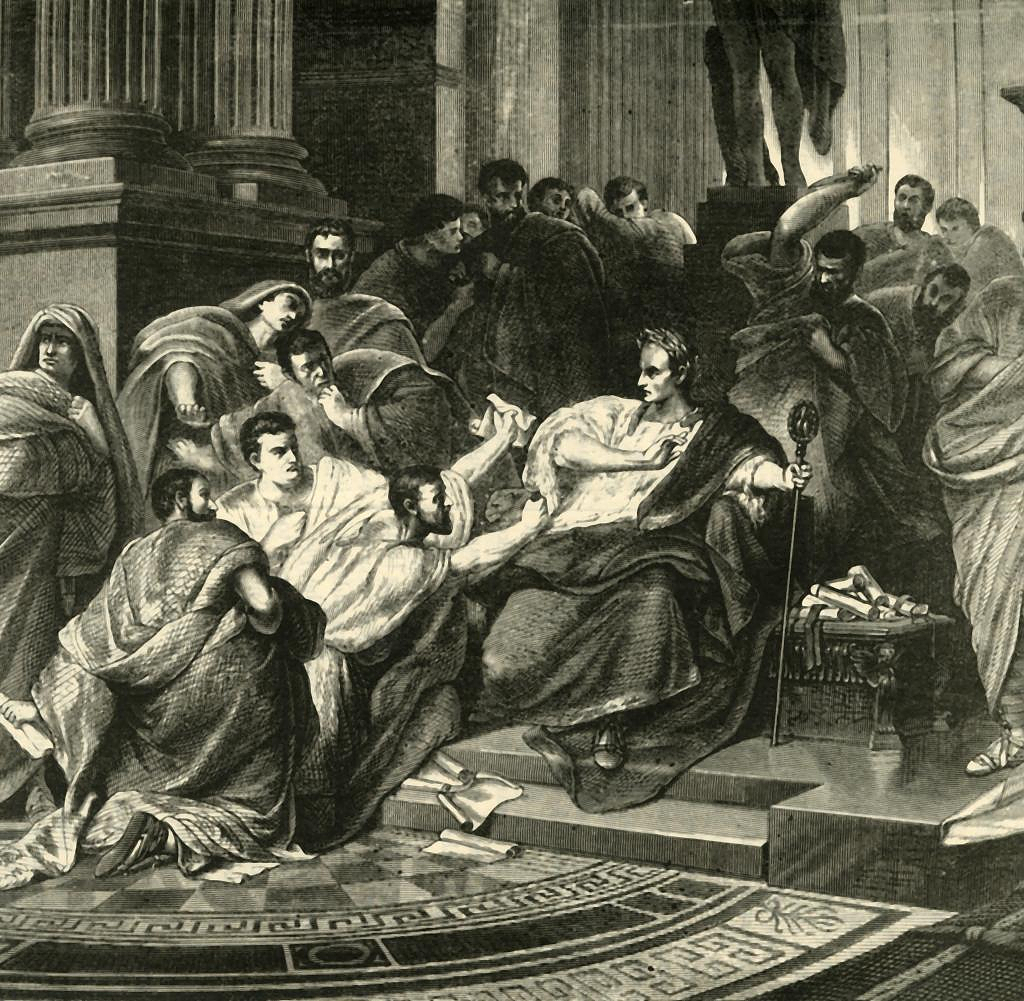 Human rights, as demanded by the UN General Assembly in 1948, must be protected by “rule of law” arrangements so that people do not feel compelled “to resort to rebellion as a last resort”. But if the rule of law is violently denied or overthrown, can resistance to this deficit then culminate in committing “tyrannicide”?

The question can hardly be discussed exhaustively, and so it lends itself to the World Day of Philosophy, which Unesco proclaimed in 2005 for the third Thursday in November.

The problem is as old as the ideas gradually developed in history of a legal order that is to be opposed to mere tyranny. It is about weighing human lives in a borderline situation. The philosophical discussion about it must avoid the negative connotations of murder; it should also refrain from naming living political actors who appear to be targets for tyrannical killing; this would increase the risk of arguments being superseded by emotions.

Philosophy considers the logic and ethics of the problem, but deriving decisions and instructions for action from them is another matter. Thirdly, the discussion must distance itself from the conspirators Harmodius and Aristogeiton, who have been repeatedly presented as statues since the 5th century BC, because their motives appear to be at least unclear.

A suitable assassin (not perpetrator!) would have to be able to show an individually and independently developed political motive - free from selfish pursuit of money, power and fame. All in all, a hired killer is eliminated. Must a worthy assassin belong to the very society that is oppressed, in whole or in part, by the targeted autocrat? Or is a member of another country considered, which the autocrat is waging war on and thereby allowing or even ordering crimes against humanity?

Be that as it may – the assassin must reckon with the fact that, acting in a kind of state of emergency beyond the law, he will not be justified or excused afterwards, but rather tortured and finally executed. In the spirit of the existential philosopher Jean-Paul Sartre, he gets the result he deserves for his unconditional commitment. Depending on the circumstances, he will appear to those around him and to posterity as a cowardly traitor or as a courageous hero.

The counterpart to the suitable assassin is the suitable target (not victim!) - an autocrat who rules totalitarianly, aggressively internally, possibly also externally. An absolute ruler in the truest sense of the word, who is shielded from any control and also from parts of reality by a clique of followers.

The Basic Law has given "all Germans" a right of resistance since 1968, in Article 20 - "against anyone" who undertakes to abolish the democratic and constitutional order "if no other remedy is possible"; whether such a justification in the most extreme case can also be claimed by assassins?

In any case, this legitimation of resistance arises from the central idea of ​​the German constitution, not necessarily from the result of democratically conducted elections: there is a danger that the actually existing constitutional order will not prove to be defensive and will therefore be voted out.

Democratic legitimacy must not be made a prerequisite for political resistance in every society. Pluralistic systems are lacking everywhere, while the Universal Declaration of Human Rights claims universal validity. Admittedly, it also does not list the means to which rebellious actors are likely to resort.

One reason for this: Even if the tyrant finds the death that was intended for him, the attack can cause the terrorist regime in question to retaliate with even greater cruelty. Then the assassination may have proved disproportionate, not in relation to the scale of the tyranny, but in relation to its consequences. Their prognosis is next to impossible. Nevertheless, a principled rejection of the killing of tyrants would be inhumane. It would violate the principle of human dignity. To strengthen it, all options are to be considered.

If an autocrat is determined to rule by force for as long as he sees fit, possibly until the end of his life, and if the power to do so cannot be taken away from him, then that extremist should be prepared that his life will be taken from him instead - through a correspondingly extreme emergency and exceptional action, as a very last form of informal separation of powers.

With the World Day of Philosophy, UNESCO wants to promote one of the highest values ​​that mankind has developed, "critical and independent thinking". In countries where it is violently repressed, an important feature of tyranny is present. Quickly and often, it assumes more horrific forms. Then even those people for whom bare life seems more important than free public discourse can still be persecuted, tortured and killed, for example because the tyrant brands them as inferior from the outset or simply as alien.

The philosophical discourse knows no final conclusion and no right. Among other things, it revolves around terms that have to be defined again and again, here around democracy, freedom and humanity, around legitimacy and human rights, around emergency and tyranny beyond the law. Arguments and definitions require creativity. The World Day of Philosophy invites you to participate creatively.

‹ ›
Keywords:
HamburgStubbe Da LuzHelmut (Historiker Autor)PhilosophDemokratieMenschenrechtWiderstandsrecht
Your comment has been forwarded to the administrator for approval.×
Warning! Will constitute a criminal offense, illegal, threatening, offensive, insulting and swearing, derogatory, defamatory, vulgar, pornographic, indecent, personality rights, damaging or similar nature in the nature of all kinds of financial content, legal, criminal and administrative responsibility for the content of the sender member / members are belong.
Related News