The true story of Amélie Nothomb: her confidences, her mysteries, her fabulous destiny

Amélie Nothomb, everyone seems to know her. 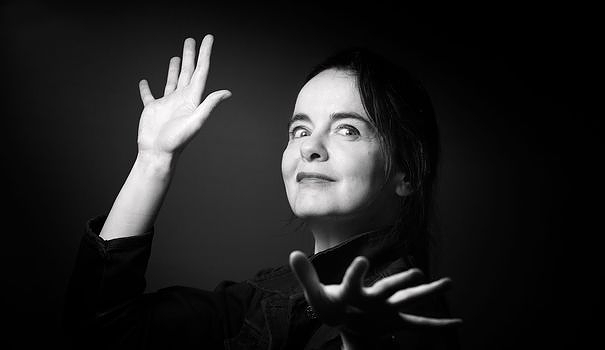 Amélie Nothomb, everyone seems to know her. For some, it's a hat, a dark figure, bright red lipstick. For others, happy memories of reading, moments of escape into a world apart. As her latest opus, The Book of the Sisters, comes out on August 17, L'Express looks back on the incredible destiny of a shy young Belgian who has become, in thirty years, the most widely read novelist in France. A long-term investigation that embraces all aspects of the character. Who is she really? What secrets does she hide behind her apparent volubility? What wounds have nourished his imagination and his writing? How to explain his great loyalty to his publishing house, Albin Michel? Story in four episodes from which we reveal selected excerpts here.

Many details of her life are inventions of the novelist. A mythology that amuses and protects her.

The excerpt: "Amelie Nothomb, there are also myths and legends behind which she hides. Even her date of birth is a carefully maintained mystery. Was she born in July 1966 in Etterbeek, a dreary Brussels suburb, or in August 1967 in Kobe, Japan? The second identity is imaginary, but infinitely more romantic. It also sticks much better to the stories she tells of her childhood in her books and interviews. Didn't she claim to be Japanese for a long time? To someone who was checking with her in order to establish a biographical file, the novelist had asked: "Does it really have to be the real date?" With the Express, she brushes off the interrogation of a pirouette: "It's just something on an official document, I don't feel concerned. It's not so bad, I get my birthday twice a year."

The entire episode to be found here: Amélie Nothomb, the unpublished investigation: her secrets, her extravagances, her legends

Little is known, but Amélie Nothomb, who dreams of being Japanese, is above all Walloon! Roots that took time to tame.

Excerpt: "Just like her hat and her mittens, her nationality has become an attribute of the character she has created for herself. She plays with it, she has fun with it. For example, when she throws at her French interlocutors that it is "aggregated in Romance philology". Generally, in a burst of snobbery about knowledge, they are quite impressed by it. What they do not know is that in Belgium, this diploma has not nothing to do with the French aggregation and that he is simply the essential sesame to be able to teach. Vanity, when you hold us! "

The entire episode can be found here: Amélie Nothomb, the unpublished investigation (2/4): the little secrets of a large Belgian family

To literary society events, the novelist prefers, by far, exchanges with her fans. Whether epistolary or physical, she spares no effort.

The extract: "With her, the whimsical is never far away. After years of exchanges by mail with a reader, they agree one day to meet at the Mollat ​​bookstore in Bordeaux. Because they laughed together at n an anecdote about a romantic rendezvous where the bridegroom had come with a leek, the reader brings up the same vegetable in a bouquet for the occasion and offers it to Amélie Nothomb. tells him that he ate the leek raw on the train home, to the chagrin of the people who accompanied him. True? False? It's hard to verify, but it doesn't matter, Amélie's life is like this, full of fantasy."

The entire episode can be found here: Amélie Nothomb, the unpublished investigation (3/4): the Majuscule Giant, the leek and the Renaudot

Between Albin Michel and Amélie Nothomb, it's much more than a question of record sales and royalties. The underside of an uncommon fidelity in the middle.

The extract: "Between Amélie Nothomb and Francis Esménard, Albin Michel's boss, a long story begins with the rituals of any lasting friendship, made up of formality and mutual esteem. Each year, in January, they have lunch in always at the same place, at the Duc, at the corner of boulevard Raspail and rue Campagne Première. In Paris, the place is reputed to be one of the best tables of the sea. hardly changes, often raw fish, always a large bottle of champagne.For a long time, every December 8, Francis Esmenard's birthday, Amélie Nothomb placed her manuscript of the year on her desk. A simple notebook, a sealed envelope."

The entire episode to be found here: Amélie Nothomb, the unpublished investigation (4/4): With Albin Michel, thirty years of love that are worth gold