I met Jeanne Dielman in 1997 at the Pesaro Film Festival as part of a Chantal Akerman retrospective. 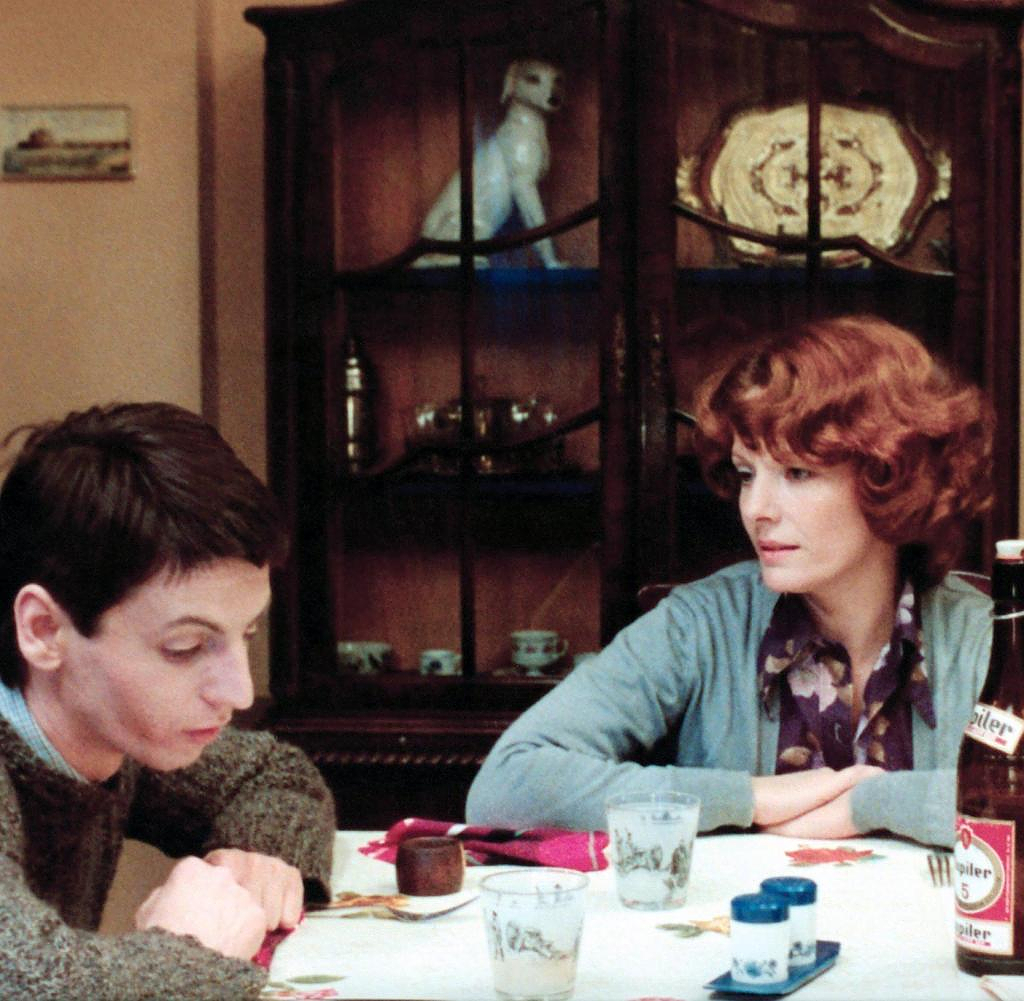 I met Jeanne Dielman in 1997 at the Pesaro Film Festival as part of a Chantal Akerman retrospective. I say "I met Jeanne Dielman" and not "I saw Jeanne Dielman" because I felt, perhaps for the first time, that a character was taking over a film. Part of my idea of ​​an auteur film was that camera movements, editing and settings carry more weight than the story and therefore the characters that carry it.

I realize that Akerman is a paradigmatic auteur filmmaker and that 1975's 'Jeanne Dielman, 23 quai du commerce, 1080 Bruxelles' is a particularly strong example of aesthetic rigor taken to the extreme - conceptually - in which every shot functions as a cage . Under the surface, however, it is apparent that the reduction in the means of staging offers the protagonist a space similar to a theater stage - with the difference that here the impression of reality is combined with the feeling of having a flesh-and-blood person in front of you.

Delphine Seyrig's body, through the way it occupies the space, becomes the actual canvas on which the narrative unfolds. On the other hand, for much of the film, Jeanne Dielman's body is the only thing that moves. Avoiding any change of shot, Akerman forces the viewer to focus on the details - the details that bear witness to the passage of time.

Time takes on a new role. In fact, only the time we spend with Jeanne as viewers, experiencing her gestures, actions and the burden of her daily routine allows us to make sense of her final decision. Dealing with time is why Jeanne Dielman, 23 quai du commerce, 1080 Bruxelles is much more than a portrait of a woman dividing her life between her clients and her son.

Until then, for me, cinema was essentially a question of spaces. The art of arranging bodies, creating meaningful geometries with the help of the camera. A shot is defined by the editing, the lighting and the depth of field.

I have shots like this in my head, shots that have crystallized in my memory like paintings: A couple contemplating the flickering city lights in the distance (in F. W. Murnau's 1927 Sunrise: A Song of Two Humans), a Man caught in the cogs of a factory (Charlie Chaplin's 1936 Modern Times)—to name just two examples that are as famous as they are ancient.

This model does not apply to Chantal Akerman: her attitudes are blocks of time. Memory needs to record duration, for example the time it takes someone to bread a schnitzel. Or the time when a bush is blown about by the wind, as in the opening sequence of her last film, No Home Movie, from 2015, which brings her cycle of female characters to a close. Only then does the setting become a setting.

Akerman's films subordinate space to the concept of duration, as if duration were to determine what constitutes space. A space only becomes a cinematic space when it withstands the time that flows through it. By flowing through a space, time causes it to become more than just a space.

In "Jeanne Dielman" time is the real subject of the story. Not the protagonist's double life, but her compulsive urge to fill time with action, without which she would become aware of the emptiness around which her life is structured.

A deeply feminist film, Jeanne Dielman, 23 quai du commerce 1080 Bruxelles isn't so much because the crew was 80 percent women, and not just because the film describes a woman's rebellion against a centuries-old system. But because, in the words of the director, the film "gives a cinematic existence" to the gestures that every woman makes every day in the house - gestures that have almost automatically solidified into a protective cage.

The protagonist thus suffers from a double alienation: on the one hand as a character, on the other hand she refers to an alienation that in one way or another all women know from their own experience. Far more than any slogan that is shouted on the street or any symbol sprayed on house walls, this film enables its viewers to embark on a journey – then as long as it is now – that separates them from those closest to them: from their mother, who companion, girlfriend or future daughter.

This happens without any attempt at appropriation, because the film offers neither motivation nor incentives for identification. Every attempt at appropriation bounces off Jeanne. This is why many find film hostile: for too long we have been accustomed to expecting cinema to help us understand and understand the nature of the characters, rather than to lead us to the sense of the otherness they embody.

The text was first published on www.berlinale.de. Reprinted with permission

‹ ›
Keywords:
ChatrianCarloChaplinCharlie (18891977)MurnauFriedrich WilhelmKinofilmeAkermanChantalSeyrigDelphineBerlinale
Your comment has been forwarded to the administrator for approval.×
Warning! Will constitute a criminal offense, illegal, threatening, offensive, insulting and swearing, derogatory, defamatory, vulgar, pornographic, indecent, personality rights, damaging or similar nature in the nature of all kinds of financial content, legal, criminal and administrative responsibility for the content of the sender member / members are belong.
Related News