Brad Pitt is a mysterious man. 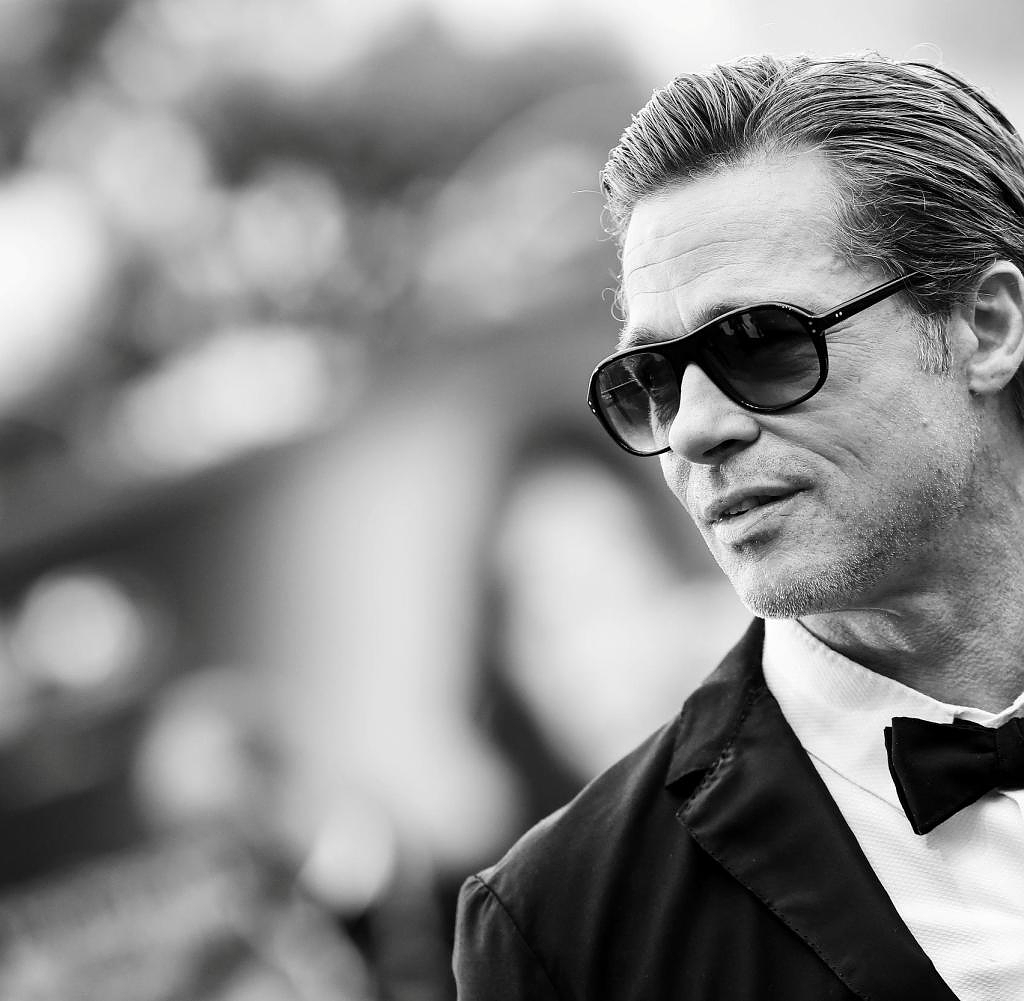 Brad Pitt is a mysterious man. Not only a handsome actor but, as the world has recently learned, a sculptor too. Together with Nick Cave he presented his sculptures in a Norwegian museum. Before this information could be fully digested, the next one followed: Brad Pitt presented his new skin care line. In an interview with "Vogue" he sits at his winery in southern France and presents the grape-based gender-neutral skin cream. Suitable in the light purple outfit.

Now one may wonder why such a gifted and successful actor would suddenly commit to a glowing complexion at the age of 58. Cynics may claim that he needs money to divorce Angelina Jolie, who has just sued him for $250 million in damages - 350 milliliters of his serum costs 350 euros.

But the romantics know better. If you read the product description of the Le Domaine care line, skin cream and Hollywood can no longer be separated from one another. We're talking about an exclusive molecule called GSM10, which is incorporated into Le Domaine serums, creams and fluids. Working with the powers of the seeds from the Grenache grape, combined with the Syrah and Mourvèdre grapes. A balm for oxidative stress. Scientists have been working on this tincture. So does the oenology professor Pierre-Louis Teissedre from the University of Bordeaux. He studied the grape varieties on the Perrin family lands, where Brad Pitt lives, at the Château de Miraval. The skin scientist Professor Nicolas Lévy also researched the grapes until he discovered the active ingredient ProGr3. It is obtained from the resveratrol of the vine tendril and is said to keep the skin cells healthy.

And anyone who is not enchanted by the sound of these words and their mysterious promises as by a good Hollywood film, who does not want to believe appearances again, although he knows better and our crisis-ridden times have no more room for dreams - he is a sad cynic.

‹ ›
Keywords:
PittBradWELTnextHollywoodKosmetikaSkinCareLinieHautcremeBrad PittLe DomaineBeautyChâteau De MiravalAngelina JoliesSüdfrankreichNick CaveUniversität Bordeaux
Your comment has been forwarded to the administrator for approval.×
Warning! Will constitute a criminal offense, illegal, threatening, offensive, insulting and swearing, derogatory, defamatory, vulgar, pornographic, indecent, personality rights, damaging or similar nature in the nature of all kinds of financial content, legal, criminal and administrative responsibility for the content of the sender member / members are belong.
Related News