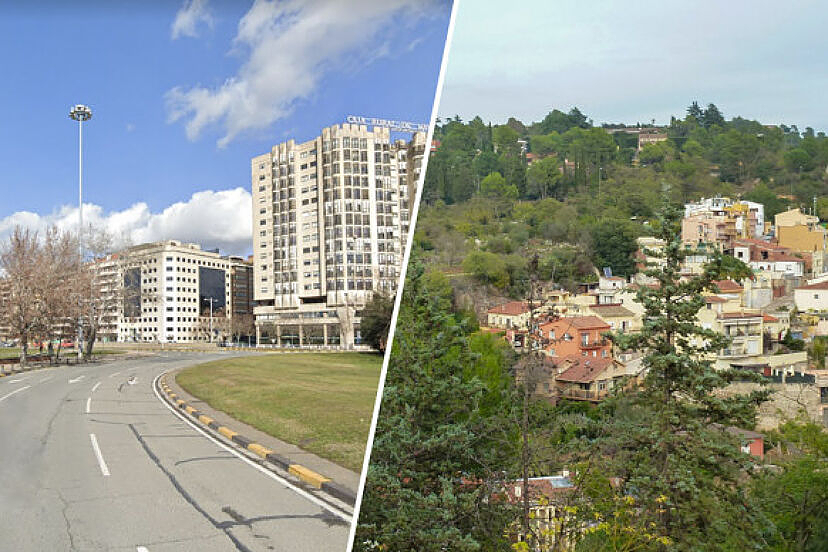 Used housing is booming. The latest report on prices published by the Idealista real estate portal confirms that this type of housing has experienced a year-on-year increase of 3.3% in April, reaching 1,853 euros/m2. Pamplona is the Spanish capital where this increase has been most noticeable, with 12.5%, although prices have risen in the vast majority of capitals. Only in 11 cities, homes have a lower price compared to April 2021.

We are going to know the rises and falls of the prices of used housing by districts of the provincial capitals.

First place as the fastest growing district goes to Pamplona's Primer Ensanche (3,986 euros/m2), followed by the Montjuic district in Girona, where 2,486 euros per square meter are paid. This means an increase in prices of 38.7% and 33.7% year-on-year, respectively. At the top of the table, we also find the district of Barris Marítims in Tarragona (24.5%), that of Zapillo in Almería (22.3%), the district of Cortadura-Zona Franca in Cádiz (21.4% ) and Miralbueno-Bombarda in Zaragoza (20.1%).

It is worth noting that of the 50 areas with the highest increases, none appear in Madrid or Barcelona. On the other hand, homeowners in the Campanar district of Valencia have raised prices by up to 17.5%. The rise in the Churriana district of Malaga (17.3%) is also notable.

In Madrid, the district of Salamanca is the one that has increased its prices the most, with 9.8% year-on-year. This increase translates into a value per square meter of 6,472 euros, its historical maximum. It is followed by the Retiro district, also with record figures; the person who wants to live here will have to pay 4,984 euros/m2. Prices in Villa de Vallecas have risen a significant 8%.

Compared to the rest of the districts, 5 experienced a more moderate increase, but even so, the prices of their properties are still very high. Among them, Chamberí (5,555 euros/m2), Chamartín (5,340 euros/m2) and Moncloa (4,179 euros/m2). Only the district of San Blas has experienced a drop in the last year, but only 0.1%.

We change the city to see that in Barcelona the same thing has not happened as in Madrid. Only 5 of its 10 districts have seen an increase in prices, with l'Eixample (5.8%) in the lead. On the opposite side, and with more or less significant falls, are the districts of Les Corts (-1.4%), Ciutat Vella (-3.1%) or Sant Martí (-5.4%).

The 20 most expensive districts in Spain are divided between San Sebastián (Centro-Miraconcha district), Madrid (Salamanca district), Barcelona (Sarrià-Sant Gervasi) and Palma (son Vida). All of them with prices per square meter of more than 6,000 euros, with the exception of Sarrià, where 5,304 euros/m2 are paid. Among all of them, one from Bilbao sneaks in, that of Indautxu, where they come to pay 4,369 euros/m2.

On the opposite side, we find that more than 170 districts and areas of the 50 provincial capitals registered falls in the prices of flats. The decreases of Campo Da Torre-Mollabao (-19%), in Pontevedra, and the Walls of Ávila (-18.5%), where 1,098 euros/m2 and 933 euros/m2 are paid, respectively, stand out.

Among the larger housing markets, the main falls occurred in the Martiricos-La Roca area of ​​Málaga (-9.1%), in the historic center of Zaragoza (-8%) and in the old quarter of Bilbao (-6.2%).