The home of the late swindler Bernie Madoff in the Hamptons, New York, is neither the largest nor the most luxurious in the mansion-studded area. 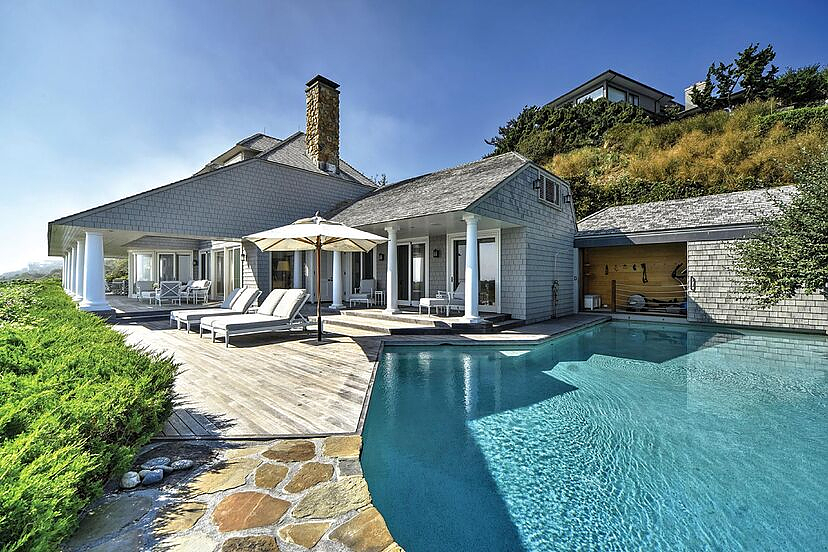 The home of the late swindler Bernie Madoff in the Hamptons, New York, is neither the largest nor the most luxurious in the mansion-studded area. But its discreet size, designer interior and sea views make it the perfect refuge for millionaires who escape by helicopter from Manhattan in summer.

Despite its charm, the property has been on and off the market for four years without finding a buyer. The aura of negativity derived from its former owner has taken its toll on an operation that no one seems willing to close.

In a fourth attempt, its current owner, Steven Roth, president of Vornado Reality Trust and the largest owner of commercial premises in New York, has put it up for sale with a price of 22.5 million dollars (21.2 million euros).

This cost has surprised to be superior to the three previous offers. The house first went on the market in April 2018 for $21 million. He had no offers. So the price was reduced to 19.9 million. In 2020, he returned to real estate for 17.9 million also without success.

Roth, 81, and his wife, Daryl, a Broadway producer, bought the three-bedroom, three-bathroom Montauk property in 2009 for $9.41 million, records show. At that time, the house obtained four interested parties, but Roth kept it with an offer higher than its initial price of 8.75 million.

The sale was carried out by the Government that confiscated the house to pay the victims of the Madoff scam discovered in December 2008. The financial crisis uncovered the investment Ponzi scheme with which Madoff defrauded his clients for years of almost 65,000 million dollars, considered the largest in history.

"They put their heart and soul into this project to purchase and develop the property," Corcoran Group head of sale Tim Davis told Mansion Global. "There's an emotional attachment there," he added. The Roths, despite using the house and spending part of the pandemic there, have always intended to sell.

The realtor's advertising sells it as "a stunning Montauk hideaway awaits your new chapter at the end of a long journey." The town, where fishermen mix with millionaires, is the last one east of the island of Long Island. It takes about three hours by car to get there from Manhattan.

When things were going well for the Madoffs, they hired New York-based French architect and designer Thierry Despont to create the interiors. The result is vaulted wood ceilings open to large windows with ocean views. The living room is distributed around a natural stone fireplace, the rooms open onto an outdoor terrace, all proof from prying eyes.