The Spanish real estate market is experiencing a moment of great strength with figures that have not been seen since 2008, in full swing, and the hottest point is Madrid. 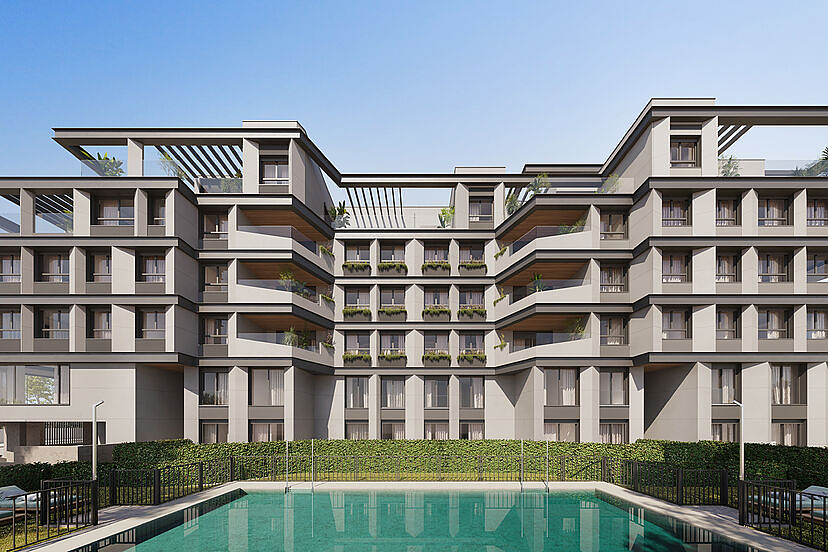 The Spanish real estate market is experiencing a moment of great strength with figures that have not been seen since 2008, in full swing, and the hottest point is Madrid.

In the Community of Madrid, as in the rest, most of the sales correspond to second-hand housing; however, the new one is gaining weight. Thus, in March, 25% of the sales signed in Madrid were of recently built houses (1,919), which is five points more than the national average (20%). This impulse has made it the province where more operations of this type were closed in the third month of the year, according to the latest data from the National Institute of Statistics (INE). "The new-build housing market in Madrid is, without a doubt, the most important in the entire country, with a very heterogeneous supply and a very solid demand," says Pablo Alonso, regional director of Aedas Homes in Centro.

This interest in the capital and its surroundings has led to a proliferation of new-build developments in the last year both in the city center -where several projects in Chamberí and the Cuatro Caminos area stand out- and on the outskirts in the neighborhoods of Puerta del Hierro and Arroyofresno, among others. In addition, the impetus of the Madrid market also drags demand to other municipalities in the community.

Even so, the offer in the capital does not seem to be enough to satisfy the investor appetite. At the moment, Madrid has 1,542 units available, but at the current rate of absorption, the stock would run out in just over five months, according to a report by the Appraisal Society. This limited supply added to the growing demand in the Madrid market have increased the pressure on the prices of new flats, which increased by 6.3% in the region in the fourth quarter of 2021 (latest data available from the INE).

Added to this is a new challenge, the fact of being able to maintain supply in the face of rising materials prices and the supply problems that construction is going through and that have led many promoters to paralyze their projects. In fact, in February it was already noted in the granting of new construction permits in the community, which fell by 42% compared to the previous month -up to 1,161 permits-. "It is to be expected that the high cost of energy and materials, combined with a limited workforce, will make new construction more expensive," says Cristina Arias, director of the Tinsa Study Service.

In addition, experts assure that the lack of land in the center of the capital is going to make developers focus their bets, mainly, on developments in the southeast, such as Los Berrocales. "The first building works will begin in a period of 12 to 18 months and will focus the residential development of middle-class and affordable housing for the next few years and decades in the city," predicts Antonio de la Fuente, managing director of Corporate Finance in Colliers.

You can check here the most outstanding promotions in Madrid.