Officials in Australia have declared Koalas Endangered across large parts of eastern Australia. 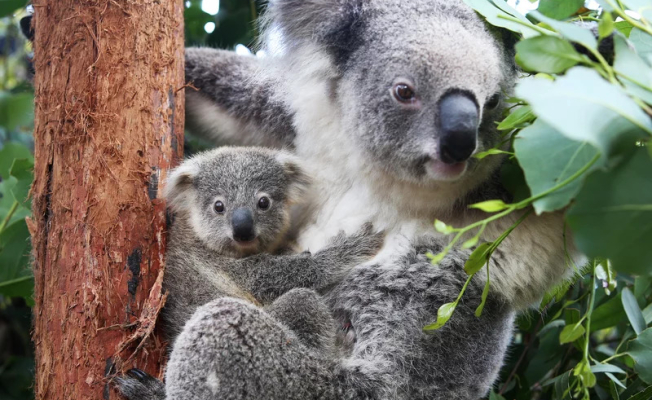 They cited the effects of drought, bushfires, habitat loss, and the decline of the country's marsupial population. However, conservation groups feel that the government's actions are too little too late.

Sussan Ley, Environment Minister, announced Friday that she will increase protection for Koalas in New South Wales and Queensland by changing the status of vulnerable to endangered. She also stated that the government will provide millions of dollars for conservation and seek approval from states to create a national recovery program.

She stated that "Together, we can ensure a healthy koala future and this decision, together with the [$53 million U.S.] we have committed for koalas from 2019, will play an important role in that process."

This move comes a decade ago, when the three koala population regions in these three areas were first designated as vulnerable. This means that they face a high likelihood of becoming extinct in the wild over the medium-term. Their endangered status indicates a greater risk.

The Koala population has experienced a dramatic drop in its numbers.

Due to climate-driven weather phenomena and extensive land-clearing in urban and agricultural development, the numbers of Koalas have fallen dramatically in recent decades. Recent data has shown that the Koala population in Queensland and New South Wales have dropped by at least 50% in the past two decades.

The decline was further exacerbated by the devastating bushfires in 2019-2020, which burned millions of acres over several month. According to a report commissioned by World Wildlife Fund Australia, some 60,000 Koalas were "killed or injured" by the fires.

In a statement released Friday, Josey Sharrad, campaign manager for the International Fund for Animal Welfare stated that "the bushfires were just the last straw". "This should be a wakeup call for Australia and the government to act faster to protect critical habitat from land-clearing, development, and to address the effects of climate change.

According to an report from the Australian Koala Foundation, 30% of total koala populations fell between 2018 and 2021. New South Wales saw a 41% drop in koala population.

Although bushfires were a contributing factor to the decline in population, AKF Chair Deborah tabart stated last year they were not the only reason.

She said that droughts, heat waves and a lack of water for Koalas has caused a dramatic drop in the inland population. "I've seen landscapes that look almost like the moon, with dying trees all around.

The land clearing industry has been a key factor in the development of this country.

The World Wildlife Fund Australia has noted that land clearing has increased in recent decades. It has increased 13-fold since 2016 when the government relaxed native vegetation laws.

Australia has long been urged by animal welfare and conservation groups to take greater action to protect these species.

WWF-Australia, International Fund for Animal Welfare and Humane Society International called on the federal government in April 2020 to reclassify Koalas endangered. They claimed that the move would increase public support, mobilize funds and protect the forests and woods where koalas live.

In recent years, the Australian government has provided some funding to koala protection efforts.

In 2019, it committed $13,000,000 for habitat restoration, health research, and medical support. It also funded the federal koala monitoring programme. Last month, it announced that it would allocate another $36 million to support recovery and conservation efforts over the next four-years.

Conservation groups are happy with the reclassification, but feel that more action is required

All three groups were happy to hear Ley's announcement Friday, but they stressed that the status change alone will not save the koalas.

They urged the government to stand firm against deforestation, and refocus its efforts in forest protection and restoration.

Tabart with the AKF called the reclassification "nothing except a token gesture", claiming it was too little, too late and calling for meaningful legislative changes. Since its inception, the organization has advocated for a Koala Protect Act that would protect koala trees against developers.

The AKF tweeted, "A status change can only be a word." It does not legally stop land clearing. This is what leads to Koalas becoming homeless, and then dying from disease.

The foundation also criticised the government's decision not to list endangered koalas in Victoria and South Australia. It said that the decision showed "how out-of-touch our political leaders are about the current state of koala."

Sharrad from the International Fund for Animal Welfare praised the decision, but also called it a "double-edged knife."

She stated that "We shouldn't have allowed things get to the point where it is at risk of losing an iconic national species." "If we don't have the ability to protect an iconic species that is endemic to Australia, then what chance will lesser-known but equally important species have?"