In Vincennes, a literary festival to explore the fault lines of America

It has been four years since the French festival dedicated to North American literature has been unable to cast its moorings in its home port of Vincennes. 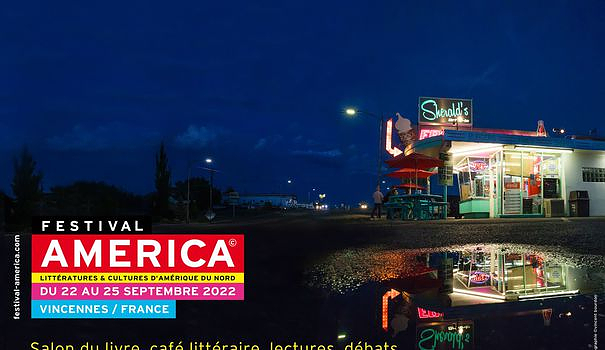 It has been four years since the French festival dedicated to North American literature has been unable to cast its moorings in its home port of Vincennes. The Covid-19 pandemic has been there, which has postponed the 2020 edition of this biennial event; Postponing it to 2021 with authors whose books had been published in 2019 did not seem like the best idea to the organizers, who nevertheless wanted to keep the spirit of the 2020 edition for this year: "Trump's mandate was coming to an end, the elections were approaching, and we wanted to produce a somewhat militant edition by bringing together authors who had not always had the opportunity to make their voices heard", explains Francis Geffard, the director of the festival and director collection at Albin Michel.

This wish was reinforced by the concomitance of two anniversaries: that of the baby, created in 2002 and which is therefore celebrating its 20th birthday, and that of the 530th anniversary of the discovery of America by Christopher Columbus. A date which, in itself, crystallizes passions and seemed an ideal opportunity to give pride of place to those whose version of history has long been hidden.

There are therefore some thirty authors, journalists, personalities from the indigenous peoples of North America who will cross the Atlantic and present, through their works, alternative points of view to the founding stories of the United States. "They are the heirs of a complicated past while being at the forefront of very contemporary issues, particularly environmental ones. They are both struggling with the need to succeed in preserving what their culture has bequeathed to them while continuing to to be fully citizens of the 21st century", summarizes Francis Geffard.

Among the guests, Christiana Kahakauwila, who, through the history of Native Hawaiians, lifts the veil on the colonial past of the United States (39 good reasons to turn a Hawaiian funeral into a drinking party, Au vent des îles), the historian Finnish Pekka Hamalainen, who publishes an erudite L'Amérique des Sioux (Albin Michel), sweeping away many clichés about this people who were for a long time hunter-gatherers, or Katherena Vermette, who depicts violence against women within a community of Canada in Women of the North End (Albin Michel).

Native American authors have not always been so visible, far from it. Francis Geffard, who published their elders, such as the immense James Welch, as an editor at Albin Michel, believes that the landscape of American publishing has changed considerably in recent decades. "Until the 1980s, American literature was written primarily by Protestant heterosexual Anglo-Saxon white men. The journey of the minorities has been quite painful, they have won the right to have their voices heard with great struggle. I think the September 11 attacks, followed by the wars in the Middle East, were a watershed moment: as with the Vietnam War, America was gripped by doubt, and those moments, when the cracks cracked its confidence , allow for questioning. Other truths emerge in the face of an official history which consists in denying everything that American construction has had that is paradoxical."

Toni Morrison's Nobel Prize for Literature in 1993 and the success of an author such as double Pulitzer Prize winner Colson Whitehead also helped to open the doors. "The American publishing world has realized its glaring lack of diversity, and many African-American and Indian authors now have a voice. We feel a desire to make up for lost time." As for the African-American authors present in Vincennes, we note in particular Nana Kwame Adjei-Brenyah, who publishes a collection of short stories on racial tensions in a dystopian vein (Friday Black, Albin Michel), or the promising Leila Mottley, 20 years old , who has just signed Arpenter la nuit (Albin Michel).

The festival certainly winks at minorities, but it also welcomes much more established voices, such as those of Richard Ford (Rien à déclarer, L'Olivier), Jonathan Franzen (Crossroads, L'Olivier), Armistead Maupin (My other family, L'Olivier) or Joyce Maynard (Where happy people lived, Philippe Rey), who, through interviews, will continue on this theme of the ambivalence of the American dream.

Many conferences, around the environment, feminism or history, will also deepen the questions addressed by the authors. Let us quote "The ghosts of slavery", with the novelist Shannon Pufahl, whose very beautiful And we will flee on burning horses has just been published (Albin Michel), or "The wounded bodies of America", with Tiffany Quay Tyson, who signs the splendid A deep sleep (Sonatine). "Between France and America" ​​will focus on the long relationship between the two countries. "France has been present in Haiti, Cuba, the United States, Mexico, Canada... Our history is deeply linked to that of the North American continent", recalls Francis Geffard. This is perhaps one of the explanations for the singular resonance of North American literature in our regions.