On Friday, Wolfgang Kohlhaase was a guest at the Defa Foundation award ceremony, and on Sunday he sat on the podium in Hardenberg Castle with the unique Jutta Hoffmann, who recited one of his stories. 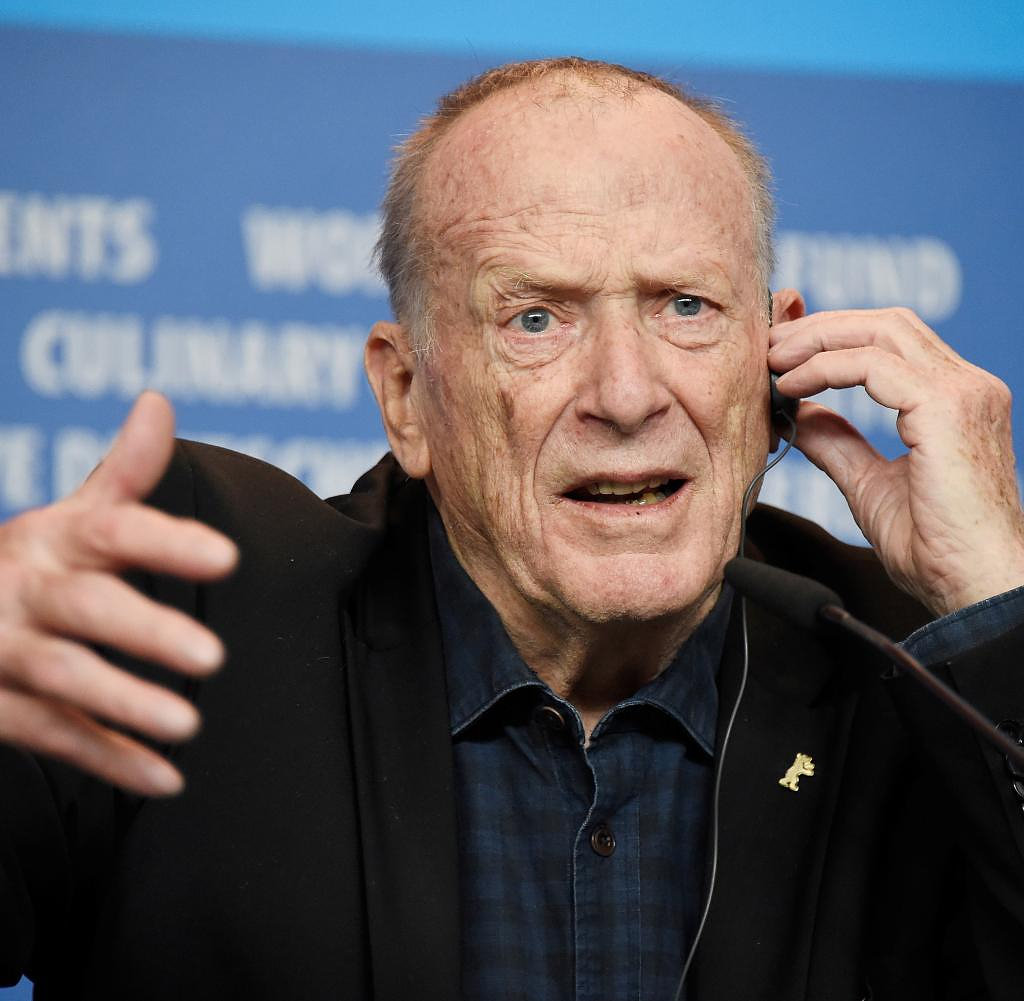 On Friday, Wolfgang Kohlhaase was a guest at the Defa Foundation award ceremony, and on Sunday he sat on the podium in Hardenberg Castle with the unique Jutta Hoffmann, who recited one of his stories. A small film team wanted to shoot an interview with him next week. On Wednesday morning I found out that Wolfgang left us, 91 years old.

He chose a quick and unobtrusive exit. He was just here. Now he is gone. I thought about how Wolfgang would have described death. One would certainly have had to smile about his sentence and one would have written it down immediately because it would have been so complex, so truthful and so simple.

The pleasing, the expanding was never his. His language is straightforward and straightforward, avoiding effect. When he wanted to watch my current film, he immediately sensed with his great knowledge of human nature that I was quite excited about him. There he sat with his wide coat and smiled openly and warmly, and in his eyes the mischievous, youthful glow of an extremely vital person.

In his presence you felt safe and always meant. He spoke to his counterpart not to chat but out of interest in the individual. He was very sociable, although he lived almost romantically with his wife in a village. You often came to Berlin and always had the Berlin apartment.

He was not only a gifted narrator in his books, he was also private. Not like the clown who is only funny in the circus and sad in life. You sat spellbound at the table and listened and hoped it wouldn't end. In his art of storytelling, we sense that he essentially sees people as capable of doing good. He liked to talk about his father, a worker with a worker's honor and a commitment to taking things as they are and not complaining. Wolfgang certainly inherited that. Kohlhaase did not have to reinvent itself after the fall of the Berlin Wall. Suddenly there were resisters and victims everywhere who hadn't even been noticed in GDR times. Had you lived in a country of rebels?

Wolfgang was the same before the Wall as after the Wall. A left humanist, not for sale, not corruptible, of no ideology and no religion. An anti-capitalist, who didn't refuse, but, like his father, had learned to accept the things that accompany your life. And still having a fragment of utopia in my heart, a hope that there must and can be something else. His works defied all "usability", which is why they are still so modern and real today. I would like to highlight four films that are not now the focus of all obituaries. For me, these films stand as milestones in European film art.

He created his first major feature films with his friend, the director Gerhard Klein, and in 1961 he made Der Fall Gleiwitz. All her films were influenced by Italian neorealism. With documentary precision, the black-and-white film tells the story of the attack on a transmitter station, staged with a Polish concentration camp inmate, in order to justify the declaration of war against Poland - the beginning of World War II. A film of total reduction. Kohlhaase's book has a clear stance, but does not judge. At a time when films about the past were scarce and often pathetic or melodramatic, it's an avant-garde take. In this narrative minimalism, one cannot escape the pull of the story. The misanthropy of a society is painfully noticeable in a purism that avoids any effect.

Then: another friend, another great director: Konrad Wolf, with whom Wolfgang created many masterpieces. As a German, he had returned from exile with the Red Army and, as a communist, was now to take over a city as mayor after the collapse of the Third Reich. This is the story told by the 1968 film I Was 19, in a year of global upheaval and the insane invasion of Prague by Russian troops, where a last hope for a better society was crushed with tanks.

What a contrast! Because "I was 19" is one of the smartest anti-war films and describes various individual fates through Wolfgang's screenplay and is today a fictional document for future generations to understand the war and the post-war period. When you see the film, you experience what peace means.

In 1974, Wolfgang Kohlhaase and Konrad Wolf brought out "The Naked Man on the Sports Field". Little audience, little praise. But again a masterpiece! A sculptor struggles with himself and his art, a relief of him disappears in the village. He is supposed to create a footballer monument for the football club and it becomes a runner and he is naked. A worker is supposed to be his model. They are strangers at first. Then they approach each other and understand something about the other person. As always, Kohlhaase tells the characters with his exuberant philanthropy and with his unaffected powers of observation. Funny and tragic at the same time. A great parable on the contradiction between individual artistic work and social acceptance. The individual and the world.

Especially in the last few years, art has been on the loose again. Do you need us? This film answers that. Wolfgang liked to quote: "Don't teach, but tell!" In 1983 comes "The Stay", the most important film by director Frank Beyer and a key work in the long list of great films by Wolfgang Kohlhaase. Wolfgang said that what you see in the first few years of your life when you look out of the window makes a difference. That was the war for him. Based on Herman Kant's novel of the same name, Wolfgang Kohlhaase manages to transform almost theatrical situations into film.

Lots of interrogations, lots of conversations among the prisoners, lots of dialogue. A very young German soldier is accused of murdering a woman in Poland. He goes to jail and in the end gets released because it was a mistake. Nobody will apologize to him. The figure drawing of the Wehrmacht soldiers and generals is so differentiated that you have to position yourself to watch. Again, Wolfgang's great art of getting to the bottom of the essentials and finding the banal detail to describe characters. An archaic work of art like a Shakespearean drama about crime and atonement.

Why am I addressing Wolfgang? We also made a film together. I am very grateful to him for that. As a director, you have to be a little ashamed of his screenplays because they are so precise ... everything is already there, everything he has thought through.

And then see the first draft. He enjoys each other's work, laughs and falls silent and is quite happy. Of course he knows more and will say so. But he never loses human decency, leaves his counterpart all freedom. One works together for the work, which is detached from its creators. He smiles and pats you on the shoulder when you go out. This is how I will remember him. Wolfgang Kohlhaase, the great artist and philanthropist.

The author is a director. His latest film, Lieber Thomas, won nine German Film Awards in May

‹ ›
Keywords:
TexttospeechKleinertAndreasKohlhaaseWolfgangDritte ReichesWolfgang KohlhaaseFilmSchloss HardenbergWolfgang KohlhaasesAndreas KleinertKonrad WolfRote ArmeeKunstJutta Hoffmann
Your comment has been forwarded to the administrator for approval.×
Warning! Will constitute a criminal offense, illegal, threatening, offensive, insulting and swearing, derogatory, defamatory, vulgar, pornographic, indecent, personality rights, damaging or similar nature in the nature of all kinds of financial content, legal, criminal and administrative responsibility for the content of the sender member / members are belong.
Related News