“He will continue to work in prison”

And again his chair remained empty. 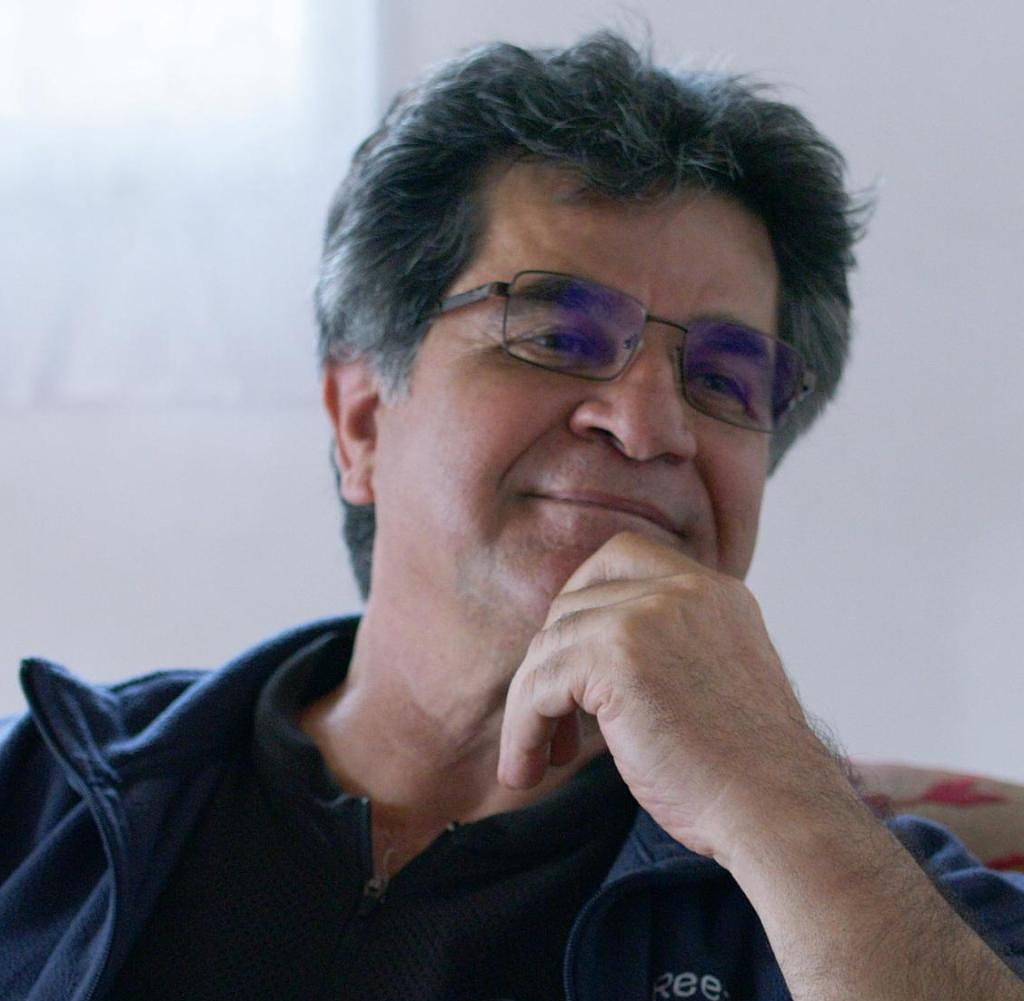 And again his chair remained empty. Iranian director Jafar Panahi was not allowed to travel to Venice for the world premiere of his new film "No Bears". He has been banned from working for twelve years, and yet he made five films. He was also sentenced to six years in prison for "rioting" but has not yet been arrested. In July – “No Bears” had already been completed – Panahi was arrested when he wanted to inquire about the whereabouts of his imprisoned colleague Mohammad Rasoulof. And so far not released. Actors Reza Heydari and Mina Kavani presented the film at the Venice Film Festival.

WORLD: A flash mob took place at the premiere of your film on Friday – in the middle of the red carpet. Festival boss Alberto Barbera called for this. Jury President Julianne Moore was also there. And of course you too in the middle. How did that feel?

Mina Kavani: Just wonderful. And at the same time very moving. It is a powerful sign when the world stands together against injustice.

Reza Heydari: You know, some of the greatest film artists of the last few decades have walked this red carpet. Being able to be there was a huge honor for me. It was a bittersweet moment, to be honest. Presenting the film is wonderful. To see people come together to demonstrate for the release of Jafar Panahi is poignant. But Panahi couldn't be there. This is painful.

WORLD: Mr. Heydari, the film is a premiere for you, although you have been part of the Panahi team for a long time.

Heydari: That's right. I've been working with him for many years, but as an audio engineer. I'm actually responsible for making his film sound good. I was also booked as a sound engineer for “No Bears”. But then Mr. Panahi came to me with the idea that I should appear in the film as well - as his deputy on the set of the film. That was completely unusual for me at first. But my objection faded away. Jafar Panahi said that I should behave completely normally. Best to forget everything I've ever learned about acting. And simply become the director's deputy in the film, since he was forbidden to work. I should trust him and his experience. I finally did.

WORLD: Ms. Kavani, it was less dramatic for you, wasn't it?

Kavani: I am an actress by profession. I have been living outside of Iran for twelve years now, namely in France. I would never have dreamed of working with Jafar Panahi - one of the great masters of world cinema. After all, I can't go back to Iran. And since Panahi lives there, that seemed completely impossible to me. But then came the offer to play a woman who lives in Iran and has to leave the country. I submitted a video, got cast and got the role.

WORLD: How much did you recognize yourself in the roles you play in "No Bears"? Were there parallels in your life?

Kavani: Luckily I've never been tortured in prison like my character Zara. But what I can understand very well is Zara's desire to start a new life in France, to have a happy future. In her country she lives in a kind of purgatory. She has lost her happiness. Everything around her is just danger and darkness. My first years in France felt very strange. I had to fight for this new happiness. I had lost my homeland. Had to make new friends first. That was difficult, that hurt. I had to keep asking myself if I made the right decision. Being torn between two worlds is something I know well.

WORLD: Are you feeling better today?

Kavani: Luckily yes. But I can't forget the first years in Europe. At the end of the film there is a monologue that Zara delivers, which revolves around the question of who is leaving the country, when and why. I was deeply affected by this. I burst into tears the first time I shot it. Whereupon my director immediately announced: “Please again! And without tears!” It wasn't easy for me. To me, that scene felt like that famous Munch painting, The Scream. Someone is so angry about their life, so desperate, that it all has to come out with a scream.

WORLD: How do you make a film that the state doesn't want? If I understand correctly, there was filming in Turkey – for example with you, Ms. Kavani, since you are not allowed to go to Iran. And it was also filmed in Iran. Then there was Jafar Panahi, who is officially not allowed to work.

Heydari: I'll give you an example. We started filming in a small village on the Turkish border, but on the Iranian side. Since the film tells the story of director Jafar Panahi, who directs the shooting from afar. We always knew that the authorities could come and drive us out of there. On the sixth day the time had come, they came.

Heydari: …the police. The village elders were afraid that we might be arrested. But we were only told that we weren't allowed to shoot there. In addition, we only found out later that those responsible in the village received money. For telling us when we come back.

WORLD: Did you already shoot everything you wanted to shoot?

Heydari: No, absolutely not. After consultation with Jafar Panahi, when the ultimatum expired, we left the village and shot in other similar villages. But we knew that we had to go back to the forbidden village again. Jafar Panahi didn't want to put us in any further danger, which is why we only shot with a mobile phone. I like to use a digital device like you have to record sound. I wanted to take that with me to the village. I was not allowed. Everything was too dangerous. We then reworked the sound later in the studio.

WORLD: Jafar Panahi is not allowed to work. But he always manages to make films. Is he too strong for the system in Iran?

Heydari: I can't tell you that. But Jafar Panahi loves making films more than anything. He doesn't seem afraid of anything. I'm pretty sure he won't be banned from working in prison either. I'm sure we'll be hearing from him in the near future, although I don't know how. Sometimes I catch myself thinking that I'd like to be by his side (laughs), although of course prison is horrible. But it is always such a pleasure to work with Mr. Panahi that I would very much like to continue doing so.

WORLD: Was the shooting threatening in any way?

Heydari: You could say that. There are scenes in the film that we shot right on the border between Turkey and Iran. They play in the middle of the night. We drove to this spot in a car. We turned off the lights so we wouldn't be spotted. When shooting, we only used the moonlight. Suddenly there was a flash from somewhere. We had no idea what that was and immediately ducked for cover.

WORLD: For you, Ms. Kavani, it was not threatening. As shown in the film, you didn't have a director by your side.

Kavani: Exactly! Exactly as you see it in the film. Jafar Panahi was never filming in Turkey. But I still felt like he was incredibly present. He could only communicate with us digitally, in this case via WhatsApp. But how he paid attention to even the smallest things from afar, that was unbelievable.

WORLD: But you couldn't meet him in person the whole time.

Kavani: Let me answer that in the affirmative – for various reasons.

WORLD: You have known Panahi for many years. Has his style or way of working changed in recent years?

Heydari: No, I wouldn't say. He still makes simple films that are incredibly deep at the same time. With his films, even if they are fictional, he comes as close to life as you see with hardly any other filmmaker.

WORLD: Can you tell us something about how the film left Iran? There was a story that a film of his was taken out of the country in a cake.

Heydari: I can only say that it was of course smuggled out of Iran. That was illegal. But that's all I know.

WORLD: Ms. Kavani, you cannot go back to Iran. What do you miss the most?

Kavani: My family home. What I don't miss is the way you have to work there as an actor. What rules are there. Colleagues report on the terrible censorship and how they suffer from it. Would I like to go to Iran again? Definitely! But right now I have no hope.

WORLD: Mr. Heydari, if you go back home to Iran, do you fear for life and limb?

Heydari: I can only tell you this: God will protect me!