The head of the International Renewable Energy Agency stated Tuesday that the world must take "radical actions" to move away from fossil fuels. 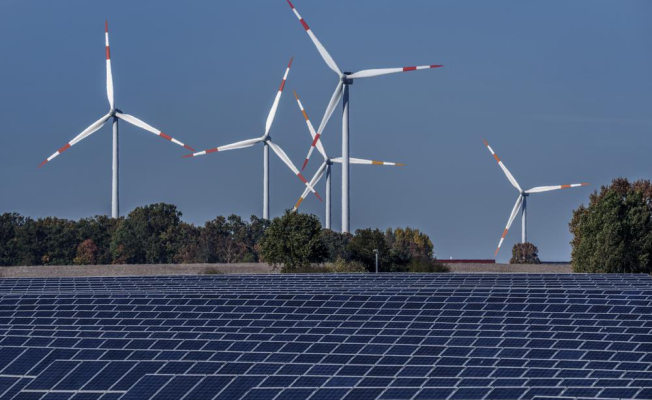 This includes investing $5.7 trillion per year in solar, wind, and other forms clean power, to ensure global warming does not exceed dangerous levels.

The report, which is 348 pages long, proposes other measures to improve energy efficiency, increase electrification, and expand the use of hydrogen gas.

Scientists believe that global emissions must drop by 45% by the end the decade, compared to 1990 levels. However, most recent data shows that they are increasing partly due to growing energy demand and increased fossil fuel use.

Francesco La Camera, director-general of IRENA, stated that "the energy transition is far from being on the right track" and that any other action than radical in the next years will reduce, or even eliminate, our chances of meeting our climate goals.

La Camera stated at a Berlin energy conference that the 1.5 C and 2 C goals are in danger if we fail to act and make drastic changes in how we produce and consume energy.

IRENA is based in Abu Dhabi, a rich oil-rich Gulf emirate. IRENA believes that $700 billion of investments should be diverted from the fossil fuel sector each and every year to prevent the creation of pipelines, wells, and power plants that aren't usable anymore.

U.N Secretary-General Antonio Guterres echoed this demand and called for an end of private sector financing for coal power.

He stated that lenders must recognize that fossil fuels and coal are inefficient investments that can lead to billions in stranded assets.

Guterres advised governments to not delay their transition away from fossil fuels, as countries like the United States are increasing domestic production of fossil fuels amid rising energy prices and fears of shortages due to Russia's war with Ukraine.

He stated that "the current crisis shows us that we must accelerate the renewable energy transition, not slow it down." This is the only way to energy security.

These calls have had mixed results.

This week, the Dubai forum saw energy ministers from major oil producers Saudi Arabia, the United Arab Emirates and the secretary general for the OPEC oil cartel insist that fossil fuels are an important part of the energy transition, and that hundreds of billions in oil and gas investment are still necessary.

The two Gulf countries have committed to reduce their emissions to net zero. However, they claim that their oil is less carbon-intensive than other sources and do not plan to cut back on production. OPEC believes that more oil will be required in the future, mainly because of the population boom in Asia.

Even Germany, which aims to be carbon neutral by 2045, recently announced a series of new measures to boost renewable power . However, it continues to mine coal for its energy needs.

RWE, a utility company, won a court case this week allowing it bulldoze a farm located in Luetzerath, a western German village. This was in preparation for the expansion and development of a nearby mine.