All life is a sunset

Compact areas of color line up like main clauses. 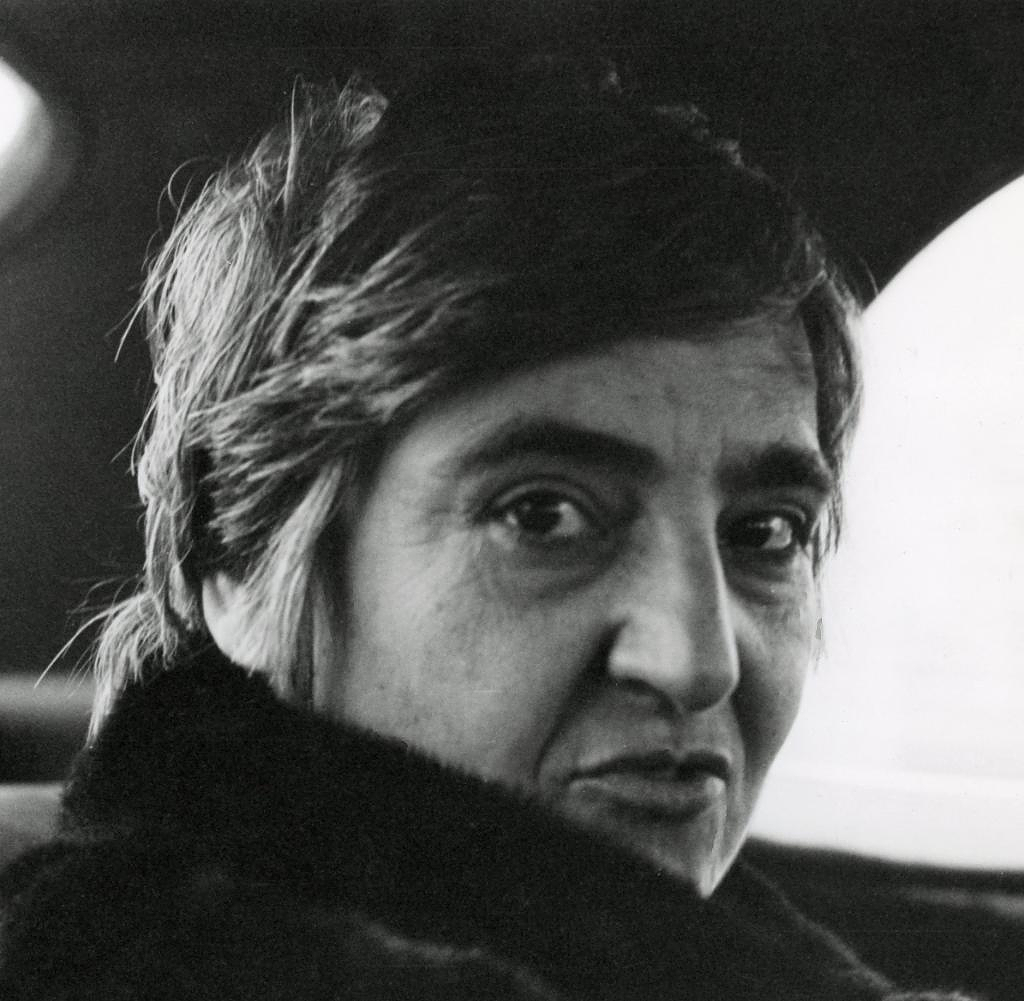 Compact areas of color line up like main clauses. Basic geometric forms figure like acting subjects. Strong color contrasts shine like poems. The abstract visual language of the poet-artist Etel Adnan, to whom the Lenbachhaus in Munich is now dedicating the first comprehensive retrospective in Germany, appears resolute, intuitive and concise.

The late fame and international breakthrough as a painter for the artist, who was born in Beirut in 1925, only began ten years ago with her appearance at Documenta 13. Since then, one solo exhibition has followed the next, from Zurich to Dublin, Paris, London, Bern, Luxembourg, Mexico to the Guggenheim Museum in New York. Previously, the multi-talented universal artist was better known for her poetic and literary work, which is available in German translation from Suhrkamp and Edition Nautilus.

Born to a Syrian father and a Greek mother who fled Smyrna to Beirut after the collapse of the Ottoman Empire, Etel Adnan speaks French at home and at the Catholic school, while hearing Arabic on the street. With a scholarship, the talented student went to the Sorbonne in Paris in 1949, where she studied philosophy and literature. In 1955 she moved on to Berkeley, California, where she became acquainted with the poets of the Beat Generation and soon published her first poems. But the Algerian war triggered an inner conflict with the French language, which brought her to the universal pictorial language of abstract painting: "I no longer had to write in French, I just painted in Arabic."

Around 60 of her mostly small-format pictures from six decades from the early 1960s to her death in 2021 can now be seen in Munich and then in the Kunstsammlungen Nordrhein-Westfalen in Düsseldorf and in a reduced form together with Simone Fattal in the Kindl in Berlin. Created with a spatula in one session, they reveal an increasing reduction despite their homogeneity. While formal echoes of Nicolas de Stael can initially be recognized in the layers and mixtures, over the years the areas of color form into abstract landscapes with sun, sea and mountains. In particular, Mount Tamalpais, which Adnan could see from her window in Sausalito, becomes a recurring main motif, as does Mount Victoire for Cézanne and Mount Fuji for Hokusai. Among the numerous landscape portraits, "The Mount Tamalpais" from 1985 stands out as one of the few larger formats with its nuanced blues and greens.

With the mountain as a point of reference and opposite, a new world opened up for the philosophy lecturer in San Francisco from 1958 – with West Coast jazz, Paul Klee’s diaries and the anti-Vietnam and hippie movement. She goes back to Beirut for three crucial years in 1972, forced by health problems. She works as a journalist and meets the poet Mahmud Darwish, who begins to translate her poems into Arabic. Even more important, however, is her encounter with the art critic and artist Simone Fattal, who became her partner and publisher of most of her writings in her Apollo publishing house.

Soon after the start of the civil war (1975-1990), Adnan returned to Sausalito via Paris, where she published her novel Sitt Marie Rose (1978), a classic of anti-war literature that was translated into ten languages. The experiences of the war in the Middle East then lead to her influential poem "Apokalypse Arabe" (1980), which can be seen as a drawn typescript of the English edition as a wall frieze. In his unique combination of drawing and writing, the explosive dynamic between oil and sun is revealed, which has lost none of its explosiveness.

The extent to which Etel Adnan's artistic work is rooted in language is shown above all by her leporellos, which she has developed into an art form of her own since 1961. In the folding books, which fold out like an accordion, text and image are combined like a flowing river to form a synthesis with which she has revolutionized the Arabic tradition of calligraphy. The Leporello from 1970 from the Musée de l’Institut du monde arabe in Paris, which is more than six meters long, is a particularly splendid example that surrounds the Arabic characters with watercolor and ink. But also the Far Eastern-looking "Beyrouth" (1975) with its sailing ships in pencil on paper or "The War Poems" (1988) in colored pencil on Japan paper unfold their very own attraction.

In addition to the pictures, drawings and leporellos, Adnan also discovered carpet weaving on her trip to North Africa in 1966. With a few exceptions, such as the early tapestry “California” (circa 1968), most of her designs could only be realized after her international breakthrough in the 2010s. In the enlarged transfer to the tapestry, the thick felt-tip lines of the design appear like lines of force, combining immediacy and spontaneity with decisiveness and firmness. The metaphorical dimension that Etel Adnan described in her book “Life is a Tissue” lies in the visible nature of this transformation process.

In the dense fabric of Etel Adnan's life and art, some threads can also be tied to the house saints of the Lenbachhaus: there are formal and intellectual links to some of the exhibited works from Paul Klee's own collection, Wassily Kandinsky and Gabriele Münter. Overall, however, Adnan occupies a very idiosyncratic and archaic position in abstract art that cannot be separated from her poetic and political voice. Her experiences of nature, war and exile are deeply inscribed in her work, which also makes an important contribution to the postcolonial and feminist discourse of our time.

Across different continents, cultures, religions and languages, Etel Adnan painted the sun and sea as the two elements that perform the same eternal spectacle of movement, color and fusion on the Levantine and California coasts. A small vertical format divided horizontally into two halves of the image, yellow at the top and pink at the bottom, a yellow semicircle on the horizon line and an orange full circle as a reflection - that's all it takes to create the amazement before a sunrise or sunset - in all innocence and truthfulness as pure energy and life affirmation.

Etel Adnan. Until February 26, 2023 in the Lenbachhaus and Kunstbau in Munich. The catalogue, published by Hirmer Verlag, costs EUR 39.90