After protests about food and accommodation conditions, Apple has placed Foxconn India's plant under probation

Apple has placed Foxconn's southern India plant on probation after workers protested about subpar food and poor accommodation conditions. Both companies acknowledged the concern and promised to address it. 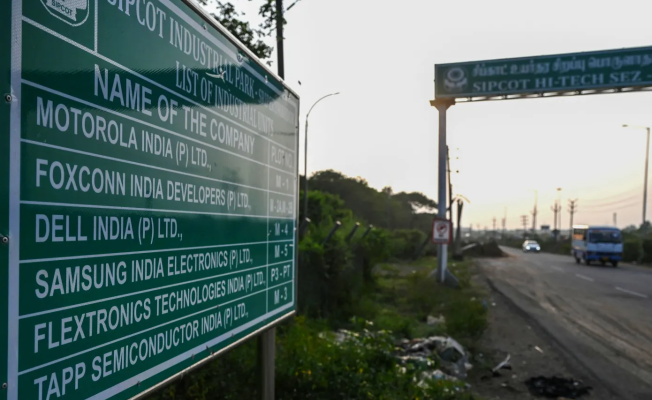 Although the iPhone maker did not specify how long the probation would last, a spokesperson for Apple India told TechCrunch the company "will ensure that our strict standards will be met before the facility reopens."

Foxconn employs approximately 17,000 people at its Tamil Nadu factory. According to local media reports, protests broke out in the factory after more than 100 women who worked at the plant and lived in one of the hostels were diagnosed with food poisoning.

Foxconn was also asked by the state government to review the services that were provided to workers.

Apple stated that it sent independent auditors to evaluate the situation after concerns were raised about food safety.

The spokesperson stated that they had found some remote accommodation and dining rooms for employees did not meet their requirements. They are now working with the supplier in an effort to quickly implement corrective measures.

Foxconn stated that it is currently investigating the issues and found that "some offsite hostel facilities do not comply with the required standards". A spokesperson for TechCrunch said: "We are very sorry about the issue our employees experienced. We are taking immediate steps in order to improve the facilities and services provided at remote dormitory accommodation."

Taiwanese giant is a key partner in Apple's assembly. It said that it is restructuring its local management team as well as management systems to "ensure we can achieve and sustain the high standards that need to be achieved."

Apple has been dealing with this issue in India for years. The company has increased its manufacturing in India over the past few years. It placed Wistron on probation last year after worker riots over unpaid wages and poor working conditions.