Accelerating Magic for Harry Potter and the Cursed Child

There is only one phone booth left in all of New York, right in front of the Lyric Theater on Broadway. 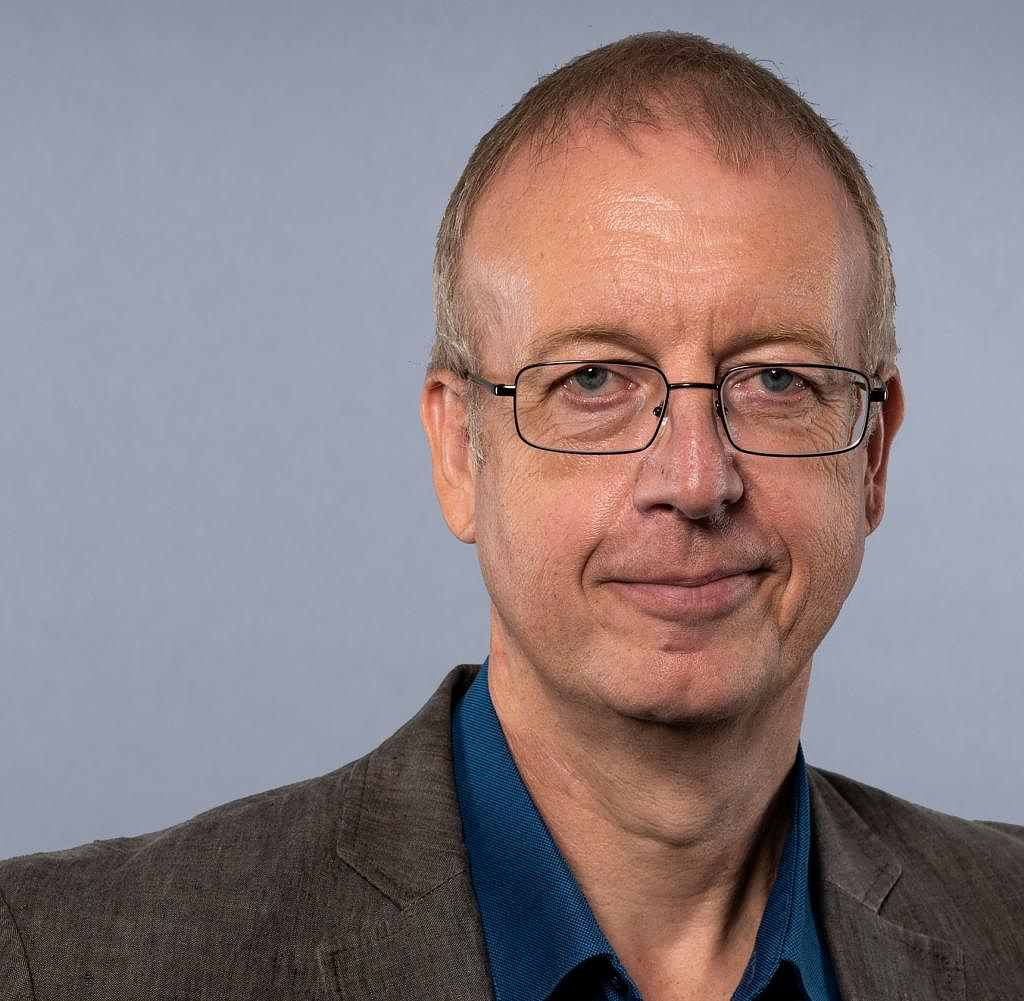 There is only one phone booth left in all of New York, right in front of the Lyric Theater on Broadway. And of course it doesn't work, even though it's famous. It comes from London, is bright red and decorated with the British crown. But the visitor dials 62443, not a friendly female voice asking for names and concerns, as would be expected at the Ministry of Magic's visitor entrance.

You don't get a badge either, and the phone booth doesn't work like an elevator to take the guest to the hall as quickly as possible. The viewer has no choice but to stand patiently in the long queue with the ticket for "Harry Potter and the Cursed Child".

Luckily, the entrance procedure with security check is the only lengthy thing that evening. No sooner has the audience walked through the foyer, which is wonderfully decorated with Hogwarts motifs and Patronus paintings, and is sitting in the historical-looking hall with its 1600 seats, which has been lavishly nostalgically converted by the “Harry Potter” stage designer Christine Jones, and everything is happening in quick succession.

Because in the New York "Harry Potter" world, the new, one-part version of the play is already being played. It lasts about three and a half hours including the break - and is scheduled to conquer Hamburg from February 9th. The current two-part version, which is twice as long, will be published in Mehr! Theater im Großmarkt will only run until January 8th. It corresponds to the London premiere from the Palace Theater in 2016.

Going forward, Jack Thorne's original drama will be based on the story he co-wrote with J.K. Rowling and the director John Tiffany, can only be seen in its entirety in the English capital, on two evenings or an eight-hour day of theater with a long break.

The American film producer Colin Callender, who markets "Harry Potter and the Cursed Child" worldwide together with his British musical colleague Sonia Friedman, explains this culturally, with the more intensive relationship of the British to the seven "Harry Potter" novels: "Ultimately this is a British story.”

Everywhere else in the world, from Tokyo to Toronto and New York, from Melbourne to Hamburg, the play will in future take place on an afternoon or evening. In an interview with WELT AM SONNTAG, Callender explains why the work is so reduced when the theaters restart after the corona restrictions, with some long closures: “The audience returns to Corona, but shies away from the effort of planning for two evenings . The advantage of the shortened version is the easy access: one ticket, the whole play in one evening.”

The proven, more usual approach works. The drama tells how Harry Potter's son Albus and his friend Scorpius illegally handle time-turners and - misguided by noble intentions - almost forever ruin the world. The bottom line is that the piece even won when it was shortened.

It's easy to enumerate what was lost: in addition to characters like Hagrid and Lilly Potter, some compositions by Imogen Heap also remain on that part of the track that is no longer played. In the new version, references to the previous history have been reduced to the bare essentials. Twists and turns in the plot, especially in the finale, often seem more surprising and not as strongly motivated as before. If you like, you can read the fourth volume "Harry Potter and the Goblet of Fire" again before going to the theater.

The drama Harry Potter and the Cursed Child is also available as a book. But if you don't read, you have no idea what you're missing out on. Despite the cuts, the dramatic constellation unfolds completely, just faster. It seems as if author Thorne and director Tiffany invented an acceleration magic, which is probably called "Accelerato" - and with its help turned the magical evergreen into an enchanting firework.

New York Delphi actress Lauren Nicole Cipoletti says, "In the new version, the audience takes us on a journey like the Hogwarts Express, on a train that doesn't stop along the way." For her, the new pace of changing is behind the The stage and the dense sequence of action scenes are a challenge, describes Cipoletti. But the main thing for the success of the evening is that the magic, all magic tricks and illusions, have been preserved.

She had to recreate the role of Delphi, now it's not so much about the question "what makes me afraid of myself?", but more about "what makes me more like Voldemort. This is truly a path into darkness now.”

Nadia Brown, who plays Rose Granger-Weasley in New York, the daughter of Harry's best friends Ron and Hermione, feels the same way: "The plot points are so strong in the abridged version," she says, "that they carried us through the play with no problems carry. Everyone knows exactly what they want, where it is going, at any given moment.”

Producer Callender has also observed this effect: “The scenes are more pointed. That's why the emotional journey of the main characters is more clearly outlined.” For him as a film producer, post-shoot editing is an elementary step, explains Callender. In doing so, John Tiffany successfully took care "not to lose the heart of the performance". Callender: "The new narrative is more compelling because it focuses more on Albus' relationship with his father, Harry, and on the relationship between Albus and Scorpius."

As with the film, the editing did not significantly reduce the costs of theatrical production, the producer states, “it remains a production of epic proportions. As for the crew backstage, there is little savings. There are now around 115 employees instead of the previous 125.” On stage, too, only a handful of roles are eliminated. This naturally made the course of the already complex piece more complicated. In Hamburg, the workforce is even being increased in some areas.

The plot density of the new version with all the magical tricks and effects from both parts makes "Harry Potter and the Cursed Child" in New York a kind of action drama with class. You keep rubbing your eyes because something has happened again, and again something that cannot be explained or only insufficiently explained.

Or because you have understood it technically, but are still impressed. Or because you remember a scene from a novel or a movie in a flash. Or because it's getting hot up ahead, or wherever the music is playing. Time flies by on a broomstick. Until the last landing, which succeeds. Then the world is back on track and before you know it, you are back in reality in front of a red telephone booth, the decoration remains.

Incidentally, visitors to New York can also experience the feeling of immersing themselves in the wizarding world on a broomstick in the world's largest Harry Potter Store, next to the Flatiron Building in Manhattan. On two of the three shop levels, filled with thousands of magic wands and hundreds of other fan articles, with sweets of all flavors and design specialties, virtual journeys into Potter's world are offered - on foot or actually on a broomstick. For example, anyone who wants to take a trip on the magic broom in the virtual world will be briefly wired up and can imagine themselves in the vicinity of the Hogwarts wizard boarding school with the virtual reality glasses in front of their eyes.

On a narrow seat, the left hand on the broom, it starts, together with Hagrid a gang of Death Eaters is fought. Again, the landing controlled by a house elf means a sobering return to the real world. At least in New York. As a consolation, there is a butter beer in the store's bar next door. Very cute. The broom flight is not yet possible in Hamburg, but the butter beer should also be offered in the Hamburg Potter Theater in the future for the new version.

Participation in the trip was supported by Mehr BB-Entertainment. You can find our standards of transparency and journalistic independence at www.axelspringer.de/independence.

‹ ›
Keywords:
GrundStefanHamburgMusicalsHarry PotterKulturTexttospeechNew YorkLondonLyric TheatreBroadwayColin CallenderJohn TiffanyReise
Your comment has been forwarded to the administrator for approval.×
Warning! Will constitute a criminal offense, illegal, threatening, offensive, insulting and swearing, derogatory, defamatory, vulgar, pornographic, indecent, personality rights, damaging or similar nature in the nature of all kinds of financial content, legal, criminal and administrative responsibility for the content of the sender member / members are belong.
Related News 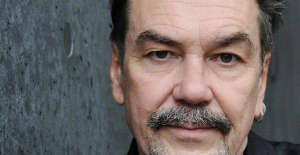