The US singer R. Kelly is arrested on suspicion of child pornography and other Offences again. As the newspaper "New York Times" reported, arrest, the US Fede The US singer R. Kelly is arrested on suspicion of child pornography and other Offences again. As the newspaper "New York Times" reported, arrest, the US Federal police, the 52-year-old R&B Star on Thursday in Chicago.

Overall, the public Prosecutor's office to Kelly, therefore, raises a further 13 Offences, including seduction of a Minor and obstruction of Justice.

Kelly had already been in February because of severe sexual abuse in ten cases, arrested three of the victims were, therefore, at the time still a minor. In may, the Prosecutor's office extended the indictment.

The musician rejects all allegations. He was previously on bail at large. If found guilty, up to 30 years in prison threaten him.

in the 90s by the Hit "I Believe I Can Fly" world famous musician is accused for many years of sexual abuse. More than ten years ago, the singer in a child pornography had been spoken-process. (ij/sda) 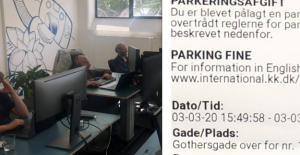