Trafficking of antiquities in the Middle East : five people in police custody to Paris 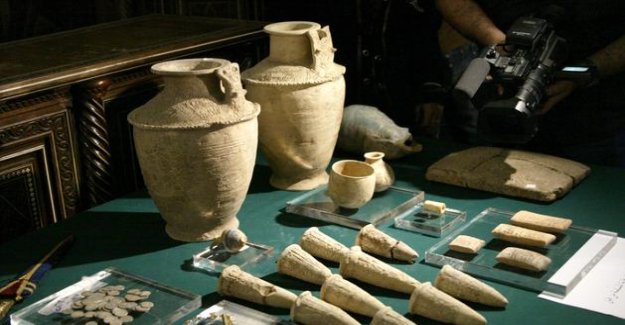 Five people suspected of being involved in a network of trafficking of antiquities from unstable areas in the Near and Middle East and sold on the art market in France have been placed in custody on Monday and Tuesday in Paris, has learned the AFP to several sources.

read also : "The statues, object of piety and hatred: the example of the Greek and roman Antiquity"

These people, belonging to a network of professionals involving art dealers, experts and international museums, have been arrested in the framework of a judicial inquiry opened in February, according to these sources, judicial, and close the file, confirming information of RTL.

This traffic, estimated at several tens of million euros, was to resell on the market of the art, in particular via the auction house Pierre Bergé & Associés, antiques from countries such as Libya, Syria, Egypt, or Yemen, according to a source close to the folder.

The editorial team conseillePendant the containment, Facebook becomes center of illegal trade in antiquitésTrafic of antiquities: "It is necessary to create a floor of national cultural property"5 commentairesperthle 23/06/2020 16:55

so Who are these specialists of the art ?

Yet another reason for us to treat of all the words !

Yet another reason for us to treat of all the kind words !