The winning Italian a Picasso in a drawing of a lottery to charity (for the benefit of CARE), as well as his son, who had offered him the ticket, have launched 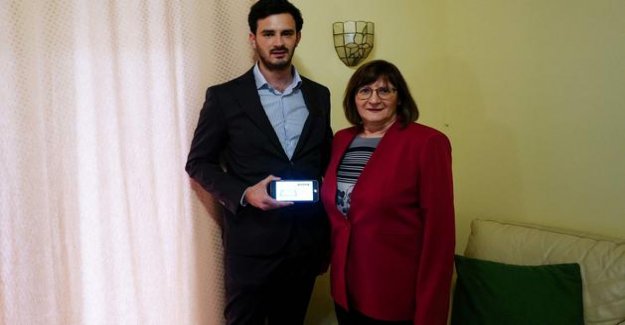 The winning Italian a Picasso in a drawing of a lottery to charity (for the benefit of CARE), as well as his son, who had offered him the ticket, have launched an appeal Friday to museums interested in exhibiting the painting, "difficult to keep in the house."

read also : A Picasso for 100 euros: an Italian wins the table

Still under the blow of the surprise, and not very versed in painting, Claudia Borgogno, resident of Ventimiglia, has no intention in the immediate future to resell his lot in life, "Nature morte", geometric composition to the paper and the glass of absinthe in 1921, is estimated at one million euros.

"My work pleases me, so I think I continue to work. But it is a security for the future of my son," she confided to AFP.

"I never won nothing before, even if sometimes I played a little lottery, but just like that. I wasn't expecting and I hoped not", she told. The lottery ticket bought for 100 euros, was a Christmas gift from his son Lorenzo.

This last is estimated today, "difficult to keep (the table) to the house, in particular because of its value".

"I don't think attaching it to the wall. But it would be nice that it be exhibited in a museum, so that other people can share, look at this painting and feel the emotions," he says. Before launching an appeal : "We would like it to be exhibited in Europe or in the world, so that everyone can enjoy." In the immediate future, the municipality of Ventimiglia would like to expose it.

This lottery charity "A Picasso for 100 euros" should finance projects for access to water in Africa, the NGO CARE, in Madagascar, Cameroon and Morocco.

One million euros, was originally scheduled to be paid to the owner of the table, the collector David Nahmad, who has decided not to pay for the work that 900.000 euros. 4.2 million euros will go to projects of CARE.

The editorial team conseilleUne canvas of Picasso degraded at the Tate Modern in London,"The electrician" of Picasso sentenced for concealment of 271 works by the maîtreLes singular "magic tables" of Picasso1 commentaireVercingétorix1le 29/05/2020 at 14:44

Great and noble initiative , it keeps the property but allows others to enjoy it ...Bravo Madam ...!!!