The victim of a heart attack, Brian May, the Queen guitarist, has close to death

Hospitalized at the beginning of the month to be torn gluteus maximus in gardening, the guitarist Brian May has made a new holiday to the emergency room, as he 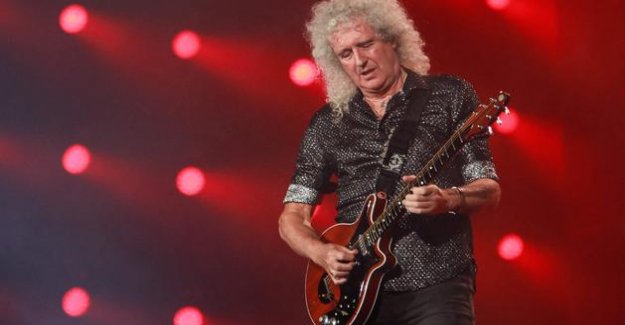 Hospitalized at the beginning of the month to be torn gluteus maximus in gardening, the guitarist Brian May has made a new holiday to the emergency room, as he reveals in a video posted on Instagram on Monday, may 25. And this time, the hospital was very serious, according to the musician of the Queen who is said to have "close to death".

"in The midst of all this saga of pain in the lower back, I had a small heart attack," reveals the guitarist of 72 years. "I say small, because it is not something that affected me in the long term," he says, explaining that he felt pain in the chest for 40 minutes.

The British was immediately driven to the emergency room, where they did an angiogram, a procedure in medical imaging involving the blood vessels. The review identified that three of the arteries of the guitarist were blocked. "I thought I would have a good hygiene of life," says Brian May. The doctors always told me that I had a good blood pressure and good heart rate. I pay attention to my health. I ride my bike regularly. I eat healthy."

The Queen guitarist has been offered an open heart operation or the installation of three stents. "After careful consideration, I opted for the second", he says. "This is incredible, done by talented people whom I thank from the bottom of the heart", adds the musician, who says he is now "out of danger" and again, "in good health".

"I have the impression that once past the age of 60 years, that we have heart problems or not, we should all spend a angiography," adds the guitarist. It is the only thing that can make you to know [that you are in danger]. I had no idea. Nothing let me think that I was going to be in danger of death."

An episode that recalls old memories of Brian May, in particular, the disc Sheer Heart Attack"sheer heart attack" in French) of Queen, released in 1974. "I'm always worried about the title of this album. I was afraid that it was the cause of the trouble the people who have experienced a heart attack. I am relieved now that I am part of the club", he wrote in the message accompanying his testimony.