The famous Italian tenor Andrea Bocelli said Tuesday that he had been contaminated in early march by the Covid-19 under a slight form, even if it evokes "a nig 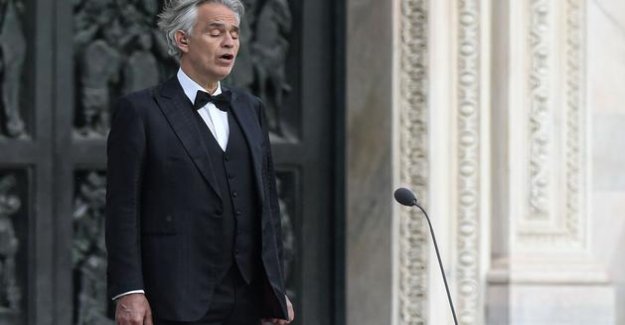 The famous Italian tenor Andrea Bocelli said Tuesday that he had been contaminated in early march by the Covid-19 under a slight form, even if it evokes "a nightmare," wrote the daily Corriere della sera.

"My experience with the coronavirus ? A tragedy, we all have been contaminated in the family, with fever, even if she was not strong, cough and sneezing", he declared before the press to Pisa, Tuscany.

Mr. Bocelli and his wife had rendered to the hospital of Pisa in order to give their plasma for research on the Covid-19.

"We have overcome very well the disease, even if I've had to cancel unfortunately, many concerts and this has been a bad experience. It was like living in a nightmare because I had the sensation of not having control of things. I was hoping to wake up from one moment to the other," continued Mr. Bocelli.

On the phase of déconfinement progressive in the country, which began on may 4, he "thanked God for not having to make decisions"." I am not a politician and I am not called upon to make decisions, I would not like to be in the place of the one who must make these decisions", he added.

It has been estimated that there is "too much scaremongering" about the Covid-19 currently. An attitude is fully justified at the beginning of the crisis, but now, he thinks.

On April 12, a month after the positive test of 10 march, Mr. Bocelli gave a concert in the Duomo of Milan, the great cathedral of the country's economic capital. This concert, organized for Easter, and during which the artist sang only in the cathedral, included only the arias of sacred music.

The editorial team conseilleEn video, Celine Dion and Andrea Bocelli interpret their famous duet "The Prayer" with Lady GagaPourquoi Andrea Bocelli he refused to sing at the inauguration of Trump ?Andrea Bocelli flies to the rescue of Placido Domingo, who was accused of harcèlement4 commentairesPeponpaxle 26/05/2020 16:15