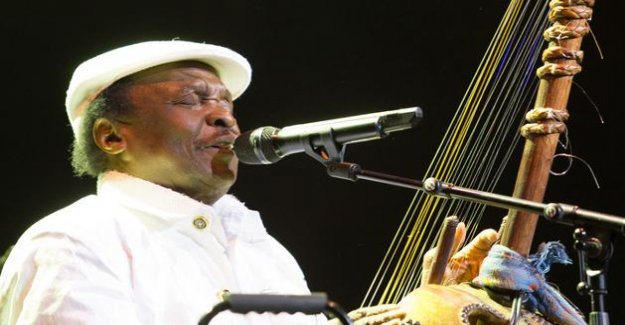 After Manu Dibango, Tony Allen and Indir, african music loses, a new star. The singer and musician guinean Mory Kanté, known for the international hit Yéké yéké in the 1980s, died of a long illness on Friday at the age of 70 years in a hospital in Conakry, has announced his son Balla Kante to a correspondent of the AFP.

The musician died "around 9: 45 this morning at the hospital, the sino-guinean," said his son. "He was suffering from a chronic disease, and frequently travelled to France for treatment, but with the coronavirus was no longer possible," he added. "We have seen his condition deteriorate rapidly, but I was surprised because he had already gone through times much worse", he said.

Mory Kanté, known as the "griot electric", helped to popularize african music and guinean around the world. The Guinean president Alpha Condé, paid tribute to him on Twitter. "The african culture is in mourning. My most profound sympathy... Thank you the artist. An exceptional golf course. Copy. A pride", he posted on the social network.