The new novel from J. K. Rowling's available for free in French

The French fans of J. K. Rowling will be able to rejoice. Entitled The Ickabog, the new novel for children of the famous novelist british "reached an internati 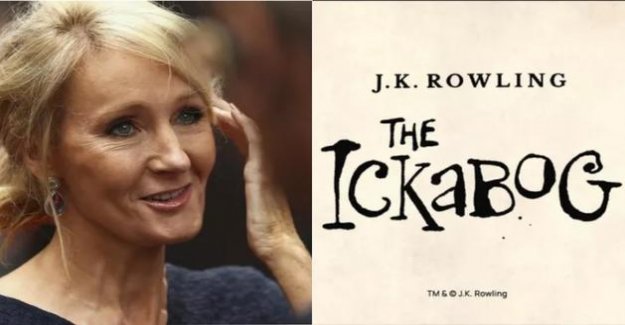 The French fans of J. K. Rowling will be able to rejoice. Entitled The Ickabog, the new novel for children of the famous novelist british "reached an international audience": "translations are available in French, Italian, German, Spanish, and brazilian Portuguese on www.theickabog.com translations in Russian and simplified chinese will follow soon," said Mark Hutchinson, in a statement sent to AFP.

also read : J. K. Rowling puts it online for free the beginning of The Ickabog, a story for children

The Ickabog is a fairy tale that takes place in an imaginary country. Written to be read aloud, it is designed for children aged 7 to 9 years, "but can be enjoyed by the whole family".

The book should be published in paper format, and digital audio in November, Gallimard jeunesse for the French version.

"Rowling wrote The Ickabog there are more than ten years for his young children and decided to share the fairy-tale favorite of the family to entertain the children, parents and caregivers confined to the home during the confinement period of the Coronavirus," said the spokesperson.

The profits from sales will be entirely donated to projects to help groups particularly hard hit by the pandemic." Sweden records the ten dead with corona virus since... The first federal execution in 17 years to get the...