The lion by Joseph Kessel made his entry into the Pléiade

This is not a writer but a legend that between Thursday, in the Pléiade. Joseph "Jef" Kessel, the journalist-novelist, and a witness engaged in the running of 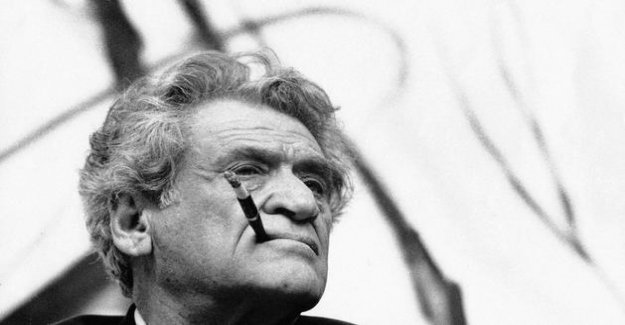 This is not a writer but a legend that between Thursday, in the Pléiade. Joseph "Jef" Kessel, the journalist-novelist, and a witness engaged in the running of the world, adventurer and member of the Académie française, joined, a few months interval, his friend Romain Gary in the Pantheon of literature.

Of the approximately 80 novels and tales, written by Joseph Kessel, the prestigious collection of Gallimard has retained a small score, presented in two volumes, which "consists of the essence of the novel in Kessel: the adventure", stresses Serge Linkès who has directed this edition. Parallel to the release of these two volumes, an album richly illustrated dedicated to the author of the Lion will be available to purchasers of the three volumes of the Pléiade.

After [The Lion], if no one dared to doubt his status as a writer, himself had the greatest difficulty to write, and wondering how it could do better

Serge Linkès, lecturer at The university of la Rochelle

volume 1 (1968 pages, € 68) opens with one of the first texts of Kessel, The Crew (1923), the first commercial success of the writer. Volume 2 (1808 pages, 67 euros) closes on the novel who has definitively dedicated, Riders (1967). "After that last masterpiece, if no one dared to doubt his status as a writer, himself had the greatest difficulty to write, wondering how he could do better," notes Serge Linkès, a lecturer at the university of La Rochelle and is a specialist in the work of the novelist.

Admission to the French Academy of the writer Joseph Kessel in the clothes of the academician, 6 February 1964. Rene Saint Paul/Bridgeman images

One of the great merits of this edition is to juxtapose works which, in varying degrees, of fiction, of narrative, of the story, or what Kessel liked to call "documentary". In reading the texts of the writer, who died soon 41 years, we are still struck by their astonishing modernity. His books read, the characters that haunt them remain alive in our memory.

Beautiful day for The Army of shadows, slave Markets to The bandwidth of Sans-Souci, passing by Mary Cork, Kessel drew the fresco of a century more formidable and violent. "Things, settings and people: we made them as a painter rather than a photographer, living in its investigations, as well as novels and giving his stories to the movement and life that animate the fiction," says Gilles Heuré who has directed the album Kessel and that was already at work for the volume devoted to the author in the collection in Quarto of Gallimard.

"a Witness among men"

But the most beautiful novel of Kessel will remain perhaps his own life. His adventurous life, often heroic, made the body with his work. What is the fate of the child born in January 1898 in Argentina, of jewish parents of Russian. He spent his early childhood on the banks of the Urals before moving to France with his family at the age of 10 years. The result is known. Brilliant studies, enlisted in 1916. He finished the war pilot with the military medal and the croix de guerre on his peacoat blue. Paradox: he will get the French nationality in 1922 only.

Encounter in the court of the French Academy : the writers Joseph Kessel and his nephew Maurice Druon on October 18, 1973. Agip/Bridgeman Images

Because he intends to be "a witness among men", it follows the drama of the revolution in ireland, explores the shallows of Berlin, flies on the first few lines of Aeropostale with Mermoz, sailed with the slavers of the Red sea. In 1940, he naturally joined the Resistance and engaged in the Free French Forces of general de Gaulle. In may 1943, he composed with his nephew Maurice Druon (with music by Anna Marly) the words of the Chant des Partisans, destined to become the song of rallying to the Resistance. In homage to its fighters, he published The Army of shadows. He ends this war, airline captain and, again, decorated with the croix de guerre.

read also : "Journey at dusk": on the footsteps of Joseph Kessel

At the Liberation, he resumed his profession of reporter, witnesses the birth of Israel, following the Nuremberg trials, travels in Africa, in Burma, in Afghanistan... He collects the adventures, wars, women, hard liquor, soft drugs, the novels, the glory, the honours and misfortunes... François Mauriac, in his Bloc-notes, summed up his life: "It is these beings that all the excess has been allowed, and first in the recklessness of the soldier and resistant, and who has won the universe without having lost its soul".

The editorial team conseilleKessel, the portrait of a great vivantMogok with Joseph Kessel, Yangon, with Guy Delisle... Discover Burma in 5 livresÀ Orenburg, in search for the Russian roots of Joseph KesselSujetsJoseph KesselLittératureLa Pléiade6 commentairesDPX01le 02/06/2020 14:14

I'm not on it or read it yet.. but, good, all the world is not Camus, Balzac, Proust, Maupassant, or Dumas.