The face of Frederic Chopin came back to life in the hands of the artist, Hadi Karimi

Little documents today testify to the physics of Frédéric Chopin. A few portraits painted by contemporaries of the composer of the franco-Polish, present it in 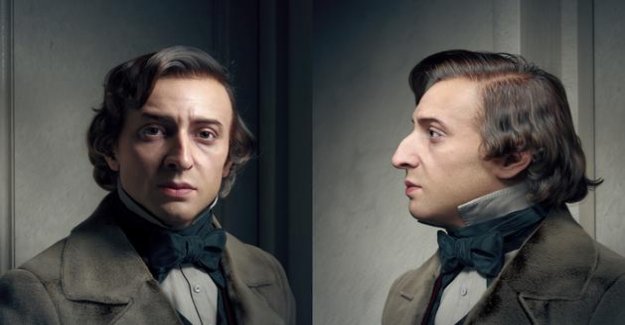 Little documents today testify to the physics of Frédéric Chopin. A few portraits painted by contemporaries of the composer of the franco-Polish, present it in a more favourable light as close to the reality. Two photographs also managed to cross eras, one dating from 1845, and whose poor quality makes it difficult to distinguish the features of the pianist, the other carried out in 1847 in Paris, on which his face seems to be disfigured by fatigue and poor health.

The iranian artist Hadi Karimi has therefore launched the ambitious challenge to reconstruct in 3D the face of the piano virtuoso, as reported by Radio Classic . To succeed in this tour de force, in spite of the weakness of the archives representing the illustrious musician, the artist has used a death mask of Chopin. This one was made a few hours after his death in 1849 by the French sculptor, Auguste Clésinger, who has also designed the tomb of Chopin at pere-Lachaise cemetery. Karimi has also served as a lock of hair of the pianist, exhibited in the Museum of Warsaw.