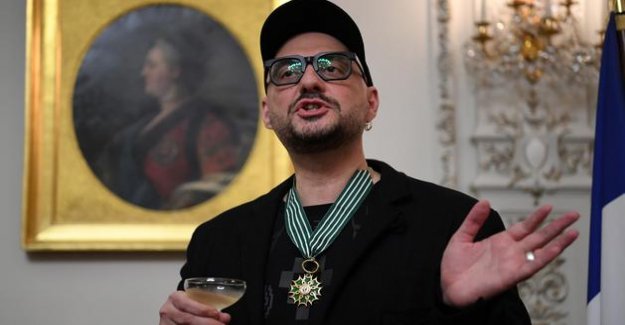 The director and figure of the contemporary culture of the Russian Kirill Serebrennikov was awarded the prize for best foreign performance for a piece presented in Avignon, france in 2019, according to the Union of the critical. The Union, which distinguishes every year the best performances of theatre, dance and music and artistic personalities, has published its list Monday, in the context of a season amputated since march due to the outbreak of the coronavirus.

Serebrennikov, assigned to residence in Russia between 2017 and 2019, for a case of misappropriation of government grants has been awarded for Outside, one piece-tribute to the chinese photographer censored Ren Hang and presented in his absence at the Festival of Avignon.

The director has always denied the charges against him, his supporters, considering that it pays the growing power of the conservative values in Russia, where artists are facing increasing pressure.

The Union has awarded its Grand Prize for Drama at Clément Hervieu-Léger, a member of the Comédie-Française theatre and stage director for his adaptation of One of the last evenings of Carnival of Carlo Goldoni's the Bouffes du Nord. The female of the director Pauline Bureau and traces the epic journey of the first team of France women's soccer, was awarded the prize of the best creation of a piece in the French language.

The Grand Prize for Dance was awarded to two works : Body and Soul, that the canadian choreographer acclaimed Crystal Pite has created for the Ballet of the Paris Opera house, and A House in the French Christian Rizzo, presented at the Montpellier Danse festival.

the Ballet of The Opera of Lyon was nominated best dance company. Side music and opera, the best operatic performance of the year is back with a new production of Ercole Lover, an opera of the Seventeenth century by Francesco Cavalli, directed by Valérie Lesort and Christian Hecq and co-produced by the Opéra-Comique, the Opera of Versailles Show and the Opera of Bordeaux.