The Oscars will shift to two months, shaking up the habits of the world cinema

The report was no doubt due to the closure of cinemas and the stop filming after the outbreak of coronavirus. The Academy of the Oscars and ABC, the channel tha 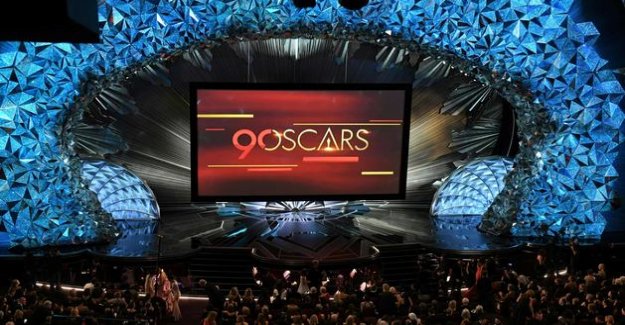 The report was no doubt due to the closure of cinemas and the stop filming after the outbreak of coronavirus. The Academy of the Oscars and ABC, the channel that broadcasts the gala, confirmed Monday evening that the 93rd edition of the ceremony the most glamorous of the seventh art will be held on 25 April, and not February 28, 2021 as planned. Corollary, the Academy has extended the period of release of movies eligible for Oscars, which passes from the December 31, 2020 February 28, 2021.

Two months more to allow "the filmmakers the flexibility to complete and release their films without being penalized". In other words, it would provide the opportunity to revive the filming, final editing, special effects, etc Of many feature films have been frozen at the level of the post-production. According to Variety , this period could allow Ridley Scott to complete his medieval drama The Last Duel with Matt Damon, Adam Driver and Jodie Comer. The biopic that prepares Baz Luhrman on Elvis Presley for which Tom Hanks was in Australia at the time where he fell ill of the Covid-19, could also benefit.

favorites potential expected in December 2020, as the remake of West Side Story by Steven Spielberg, could also choose to stagger their release date to be revealed at the time voting for nominations will beat their full, either early 2021. The appointments, which will be made public on march 15, 2021.

never seen since the televising of the Oscars

The Oscars in the spring ? This has nothing unheard of. Until the early years 2000, the ceremony has fluctuated between march and April. The gala has already been postponed in the past, as in 1938 after flooding in Los Angeles, after the assassination of Martin Luther King in 1968 and the assassination attempt made against president Reagan in 1981. But never the ceremony had been shifted more than a week. But never a date as late as April 25 has been chosen for nearly 70 years that the ceremony is televised.

This plays with the center of gravity of the awards and, by extension, the event calendar of the world cinema, and while the Academy of the Oscars sought, however, to shorten the campaign period to revive the suspense and the interest of the public is tired in the face of an endless succession of winners.

Traditionally, the festivities start in January with the Golden Globes and then continue with the ceremonies organized by the guilds of actors, directors, producers. All these talents are multiplied in the months leading up to the press events and professionals, attend screenings, participate in debates. Each ceremony through is a decisive opportunity to take the ascendant for the winner who can hone, in his speech of thanks, his arguments.

a Few weeks of breathing before Cannes

not surprisingly, the initiative of the Oscars was not slow to be emulated. In time, the Bafta, the british equivalent of our Caesar, have announced that they, too, moved to 11 April. History to maintain their aura of "the last oracle" before the Oscars. The Golden Globes, awards by about a hundred foreign journalists based in California, will also adapt to their schedule. The guilds will follow in order not to lose their relevance.

This means that the hurricane of the red carpet and the first which starts in September with the Venice film Festival and the festival of Telluride, and is in full swing between November and January should rather break out from January to April. In turn, the festivals fall (Toronto, Venice), which are the traditional launch ramps of the favorites for the Oscars, will be more strategic stops if they continue on the scheduled dates. The Festival anticipated a edition to the wing reduced when the Americans, usually so present for many declined the invitation.

This spring madness movie buff questions. Is it that the studios and hollywood stars will have the desire and energy a few weeks after the 93rd Oscars of travel to the Festival de Cannes to present and promote films that candidateraient to the distant Oscars 2022 ? Already in normal times, the Croisette is a costly investment, and less attractive than in the past for Americans, even if the success of a Parasite and Once Upon A Time... in Hollywood have re-branded the coat of arms of the event.

This schedule replace the Berlinale in a good position. Programmed usually between mid-February and the beginning of the month of march, the German festival is to be found in the Oscar race.

How about our Caesar display ? Follow the example of their american cousins and the English to the full of films eligible and give you the possibility to organize a ceremony if the rules of social distancing permit ? This is unfortunately not the only problem that this institution has to deal with. In the meantime, the soap opera has only just begun.

The editorial team conseilleL'uncertainty grows on the holding of the Oscars 2021En integrating Ava DuVernay, the Oscars want to correct the image of a Hollywood too white and masculinLa Venice international film Festival will be taking place in September, but with less filmsSujetsOscars 2021OscarsAucun comment