The museum of the former nazi camp of death Auschwitz-Birkenau, closed to visitors since mid-march due to the pandemic, has launched on Wednesday an appeal to t 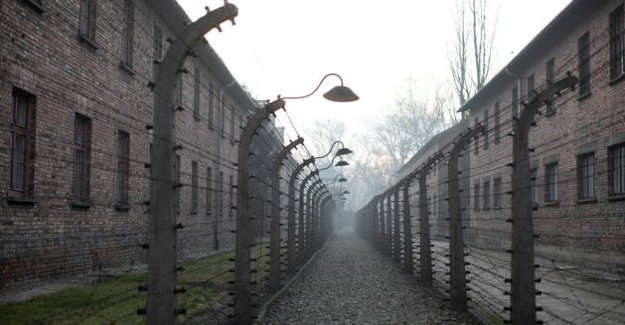 The museum of the former nazi camp of death Auschwitz-Birkenau, closed to visitors since mid-march due to the pandemic, has launched on Wednesday an appeal to the financial assistance to be able to continue its mission of memory and of education. The year 2020 marks the 75th anniversary of the liberation of Auschwitz-Birkenau, became the symbol of all German death camps.

read also : Holocaust: a majority of French people are unaware of the number of Jews killed

"We call for financial support on the part of all those who consider it necessary to preserve memory," says a press release published on the official website of the museum. "The budget 2020 collapsed", adds the text, in spite of a "special support" of the Polish ministry of Culture and the international Foundation Auschwitz-Birkenau that allows you to maintain employment and to continue the work of maintaining the remnants of this former death camp. On the other hand, the museum's lack of funds for all of its educational activities, scientific, editorial, and for its exhibitions.

read also : 75 years after the liberation of Auschwitz, warning the survivors

Visited each year by more than two million people, the memorial of Auschwitz-Birkenau is particularly active on the social networks. It is followed by 331.000 people on Facebook and over a million on Twitter. Closed since 12 march, the museum will reopen at the beginning of July, according to its website.

Between 1940 and the beginning of 1945, nazi Germany had exterminated at Auschwitz-Birkenau approximately 1.1 million people, including one million Jews from different european countries. This camp, where some 80,000 Polish non-jews, 25.000 Roma and 20,000 soviet soldiers were also killed, has been freed by the Red Army in January 1945.

We will not fund a memorial without interest today, as it is the crisis, as unemployment explodes, and that we should save a maximum of lives due to this pandemic ! This museum has today no interest, and may be know to turn the page...

financial assistance or to help fund...We can also speak of financial support...Some are going back to school before the holidays!