The death of George Floyd mobilizes filmmakers black. After Ava DuVernay and Spike Lee, it is the turn of the British Steve McQueen a tribute to this African-Am 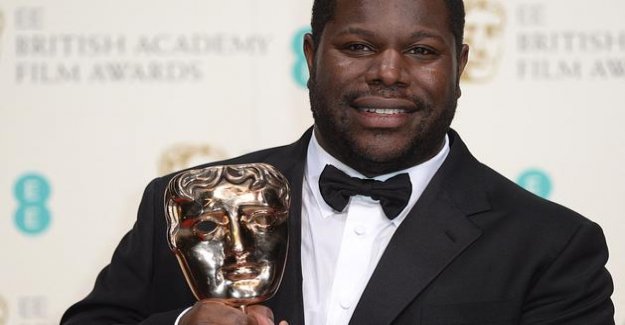 The death of George Floyd mobilizes filmmakers black. After Ava DuVernay and Spike Lee, it is the turn of the British Steve McQueen a tribute to this African-American who died during a police control in Minneapolis last week. The director of Twelve Years a Slave dedicated to this man became the symbol of the victims of police violence, as well as the movement Black Lives Matter his next two films, Mangrove and Rock Lovers.

read also : George Floyd, who was killed by the police in Minneapolis, rappait in his youth alongside DJ Screw

"I dedicate these films to George Floyd, and all other black persons who were murdered, whether visible or invisible because of their skin colour, in the United States, the United Kingdom and elsewhere", he told Deadline after the announcement of the selection of his two accomplishments by the Festival de Cannes on Wednesday. "If you are the big tree we are the small axe. The lives black matter", added the director, in reference to the original title of his project Small Axe ("small axe"), named after an african proverb and a song by Bob Marley.

Announced as a series, in Small Axe will eventually be an anthology of five films broadcast by the BBC and Amazon Prime and including Mangrove and Rock Lovers, who will receive a cinema release in France, are part. Each film tells a different story within the caribbean community in London in the 1960s to the 1980s, against a background of racism and discrimination. The first film sets the stage for the activist group black of the Mangrove Nine, while the second mixes a love story and music. The displays of these two feature-length films, there are young black actors such as Laetitia Wright (Black Panther), Amarah-Jae St. Aubyn (Harry Potter) and Malachi Kirby (Black Mirror).

John Boyega, star of the latest Star Wars trilogy, also appears on the cast of one of the five films, says the american media. The actor of the Last Jedi was spotted on Wednesday in London, where he gave a powerful speech in the context of the events in homage to George Floyd. "Let them know the United States of America, to our brothers and sisters black people that we are with them, he launched into the crowd very excited. I speak to you with my heart. I don't know if I'll have a career after this but so be it."

The editorial team conseilleLes peace marches continue across the United UnisMort of George Floyd : Spike Lee denounces police abuse in a short film chocNotre report in Minneapolis, the epicenter of the riots that inflame the States-UnisFestival of Cannes, an official selection to the rescue of the film françaisSujetsSteve McQueenGeorge FloydCannes 2020Festival of CannesAucun comment