With the song "Sister" to represent the two singers of Germany on the 18. May in the final in Tel Aviv. Real sisters but they are not. The Duo S!sters to r With the song "Sister" to represent the two singers of Germany on the 18. May in the final in Tel Aviv. Real sisters but they are not.

The Duo S!sters to represent Germany at the Eurovision Song Contest (ESC) in Tel Aviv. The two singers Carlotta Truman and Laurita Spinelli on Friday evening in the ARD-Show "Our song for Israel" against six other competitors. With their song "Sister", they won the preliminary rounds, and may in the 18. May in the final of the world's most renowned music competition

To your success, Truman and Spinelli broke out in tears. It was "madness," said Truman. S!sters competed against Aly Ryan, BB Thomaz, Linus Bruhn, Gregory Hägele, Lilly Among Clouds and Makeda. The Duo was founded specifically for the ESC: An international songwriter team had written their song, only then, the two singers had been looking for. They are not real sisters. The winner of the preliminary decision of the TV viewers, a 100-member Euro visions chosen-Jury and an international Jury of experts.

For Germany, had taken after several years of thirst-Michael Schulte at the ESC-final route in the past year in fourth place. Also for this year's ESC final, a placing in the Top Ten is the goal. The winner was 2018, the Israeli singer, Netta. 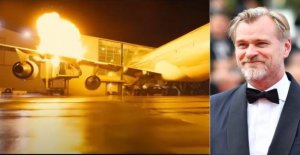