Shakespearean theatre the Globe, threatened with bankruptcy due to the coronavirus

The Globe Theatre might not survive the confinement. According to documents released on Monday 18 may, the replica of the open-air theatre of Shakespeare's Lon 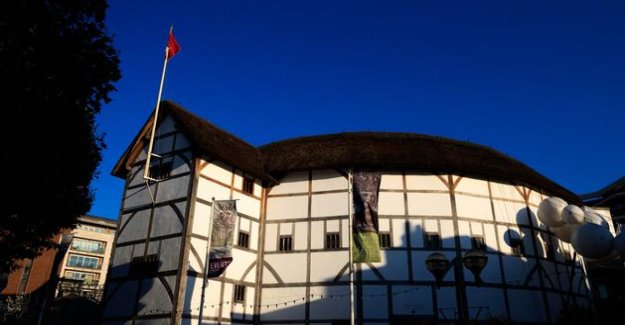 The Globe Theatre might not survive the confinement. According to documents released on Monday 18 may, the replica of the open-air theatre of Shakespeare's London could well close its doors, without government assistance.

The theater, which also conducts research on the English playwright, said in a document submitted to a parliamentary committee, that containment was "financially devastating" for him. He also warned that it "could even [him] to be fatal". In the Uk, the population is confined since the end of the month of march to combat the pandemic of Covid-19. Theatres and cinemas were forced to close their doors as early as 20 march.

Without emergency assistance from the government, "we will not be able to overcome this crisis", says the london theater. Its closure would be "a tragedy for the arts, for the legacy of the most famous English writer, but also for the country." Life-size replica of the one dating back to 1599 where was Shakespeare, the theatre was built in 1997 on the south bank of the Thames, near its original site.

read also : A historian found the trace of one of the first houses of Shakespeare's London

More than a million people visit it every year. It also includes a library, archives, and a replica of a theatre jacobin of the Seventeenth century, candle lit. The Globe Theatre has already benefited from government assistance emergency to the maintenance of employment, and other measures, but it is estimated to need at least 5 million extra pounds (5.6 million euros) to stay afloat, or 20% of its annual turnover.

The document pulling the alarm has been transmitted to the parliamentary commission in charge of culture and its chairman, the conservative mp Julian Knight, has urged ministers to intervene. "That this national treasure succumbs to Covid-19 would be a tragedy," he said, explaining that, "as of many theatres and concert halls across the country, it is facing a fight for its survival and an uncertain future". "The government must act now," said Mr. Knight.

read also : The theatre made act of presence

On its website, the institution launched an appeal for donations. "In this unprecedented period for the cultural sector, and as a charitable organization that does not receive public subsidies regular, we need donations to help us continue to prosper in the future. [...] We ask you, in this time of crisis for our theatre, well-liked, give if you can", is it written on the site. Any amount, "large or small", is accepted by the theatre.

The containment in the United Kingdom was declared on march 23 last, to combat the spread of coronavirus. It has been extended until at least 1 June, announced the Prime minister Boris Johnson. With more than 31,000 dead, the Uk became the country with the most mournful in Europe and the second in the world behind the United States.

The editorial team conseilleMolières 2020 : Isabelle Adjani, Alexis Michalik, The Fly ... for a ceremony aired behind closed doors, the 23 juinÀ Paris, the daily life of a stage manager in the confines of the Theatre AntoinePour remain open, a theatre of Massachusetts withdraws 70% of its fauteuilsSujetsShakespeareLondrescoronavirusaucun comment