He has spent his life capturing with his lens the condition of the poor and degraded environment. The photographer franco-brazilian Sebastião Salgado, 76, is co 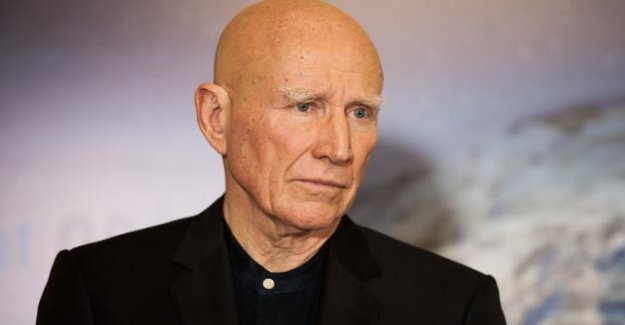 He has spent his life capturing with his lens the condition of the poor and degraded environment. The photographer franco-brazilian Sebastião Salgado, 76, is concerned that the indigenous peoples of the Amazon do not suffer a "genocide" because of lack of care in Brazil's Jair Bolsonaro, he said in an interview with the AFP. In early may, the artist launched an online petition signed by stars such as Brad Pitt, Madonna or Paul McCartney. It called for "urgent measures" of the government to protect the indigenous peoples of the coronavirus.

Why have you launched a campaign for the peoples of the Amazon, which has collected more than 261.000 signatures?

SEBASTIAO SALGADO. - With the invasion of their territories by gold-diggers, those who would exploit the wood, the religious sects, the farmers, there is a great risk of transmitting the sars coronavirus to the Indians who do not have antibodies. There is a risk really a huge disaster. Me I call it a genocide: it is the elimination of an ethnic group and its culture. I believe that it is towards it that the government of Bolsonaro is heading, because his position is 100% against the Indians.

How do you deal with the situation in Brazil, very affected by the pandemic?

I screw very badly. Here in France the French shout a bit, but the government has a immense good will. There is a union, everyone participates in the same way. While in Brazil, it is a break-up of taken position. The majority of governors of States, mayors of large cities require a quarantine. Mr. Bolsonaro is against the containment. We don't have the medical infrastructure that exists in France. This is a death announced for a large part of the population. If the disease falls in the forest, one does not have the means to assist: the distances are enormous, the means are very small. The Indians will be left in a space eight times as large as France.

read also : The natives of the Amazon call for help to the international response to the pandemic -

What was your favorite activity during the confinement?

It was a moment of apprehension, it is not known what will be our future. But it was so fantastic for our personal life: we had the opportunity to live with our son to have down syndrome in a way very close. You could go in a park, and it was known as the Bois de Vincennes as the palm of the hand, a beautiful wood. I am preparing a great work on the Amazon region, which should appear next year. I was very taken.

what is it that teaches this pandemic?

A huge thrill to return to our intimacy, these moments of almost silence, to be able to deepen. I am a great traveller, I did a grand trip inside of myself. I am a passionate of football. I begin to see that these teams, all these players that were so important to me, in the end, are of no importance.

read also : Brazil : 5000 died of the coronavirus, "and then?" said Bolsonaro

What are the solutions to the world afterwards?